Brokerages were unanimous in their praise of Facebook Thursday morning after the social media company reported second-quarter profit nearly 6% above estimates despite increased regulatory scrutiny.

Of the eight brokerage notes compiled and analyzed by CNBC, seven raised their price targets and advised clients to expect better returns from Facebook shares over the next several months. The stock closed at $204.66 on Wednesday and rallied 1.3% in premarket trading Thursday.

Of the many line items lauded, analysts tended to highlight accelerating ad revenue growth thanks to increased use of Instagram’s stories feature and an upswing in impressions. The group was also keen to look past the company’s $5 billion FTC charge as a one-time hit that would do little to derail the larger growth trend, but noted that persistent regulation could pose more of a problem.

“Other than the $5bn fine, the FTC settlement requires no change in FB’s current operations other than stringent oversight of existing privacy guidelines,” Evercore ISI wrote. “Given the revenue acceleration and margin beat, our 2020 revenue and EPS estimates move higher by 3% and 2%, respectively, and our Target Price goes up to $230.”

Here’s what some of Wall Street’s top Facebook analysts thought of its earnings report:

“FB had another solid quarter with a 2.5% rev beat and an $0.11 ex-charge EPS beat. Mgmt guided again to constant currency “revenue growth deceleration” in 2H19/1H20, but considering recent improvements to Core Facebook and momentum around Commerce and Stories, we believe investors will question the magnitude of the decel. With Opex growth outlook unchanged for the full year, we continue to believe in $10 EPS on the horizon.”

“Facebook 2Q results were characterized by impressive acceleration at scale (FXN revenue growth rates improved 150bps QoQ to 31.7%), and marked the first time revenue accelerated in three years, with Stories in particular driving an uptick in impression growth. … Given the revenue acceleration and margin beat, our 2020 revenue and EPS estimates move higher by 3% and 2%, respectively, and our Target Price goes up to $230, as we reiterate our Outperform rating.”

“FB reported revenue 2% and recurring OI 6% above consensus, and provided the boilerplate outlook calling for deceleration. FB is the only company worldwide generating $70b+ in annual revenue, growing north of 30% and accelerating, that also trades at sub-20x EPS. Every print since mid-2018 has increased our confidence, yet many folks in the investment community remain skeptical.”

“We come away with increased confidence in the medium-term revenue outlook on the back of re-accelerating growth, two quarters ahead of where we had forecast a re-acceleration. Deceleration in the outlook is largely conservative in our view, though we continue to model further deceleration, with 2019 growing 29% ex-FX (from 28% previously) and 2020 at 22% (from 21% previously).”

“FB reported strong 32% YoY ad revenue FXN growth, accelerating 120bps from last quarter. Revenue growth is guided to decelerate for the rest of the year, consistent with consensus but conservative in our view. Although the $5bn settlement with the FTC was positive, regulatory overhang will likely remain due to anti-trust inquiries from the FTC and DoJ. We are raising our 2021 EBITDA estimate by 3% to $57bn (we are already 7% ahead of consensus).”

Thu Jul 25 , 2019
FILE PHOTO: Reflection of the sign of the European central Bank (ECB) is seen ahead of the news conference on the outcome of the Governing Council meeting, at the ECB headquarters in Frankfurt, Germany, March 7, 2019. REUTERS/Kai Pfaffenbach July 25, 2019 By Balazs Koranyi and Francesco Canepa FRANKFURT (Reuters) […] 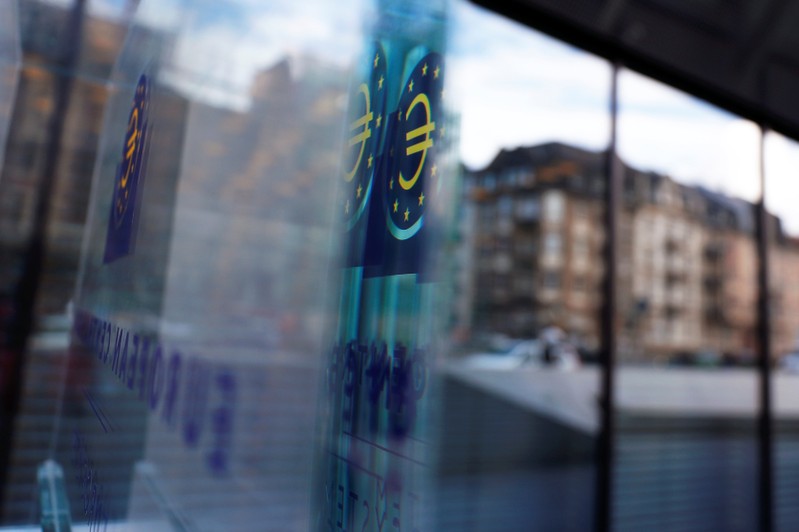