(Reuters) – Race to Dubai leader Patrick Reed said the chance to finish the year as Europe’s number one motivated him to make a late entry into the BMW PGA Championship starting on Thursday.

World number nine Reed, the highest-ranked player at Wentworth, leads the season-long standings ahead of American compatriot Collin Morikawa and he thought hard before deciding to travel to Wentworth, England amid the COVID-19 pandemic.

“It definitely was motivated by winning the Race to Dubai,” Reed told reporters. “When you’re in the lead, being able to come over is always nice to try to stay on top.

“It was a late entry. It was mainly my team and I trying to figure… with everything that’s going on in the world… making sure we’re not putting people at risk when we come over, but at the same time when I go home, not putting my family at risk.

“It was a tough decision. We’ve always supported the European Tour, we’ve always enjoyed coming over and playing on the Tour, and being a lifetime member of the Tour, it was something that I had to come over and play.”

Reed, making his first appearance since finishing tied-13th at last month’s U.S. Open, said it was a treat to compete on the European Tour.

“I’m expecting to play some good golf and to play well,” the 2018 Masters champion said. “Just the way everything is run, the way fans normally are, and the way the guys are out here, it’s such a blast to come over and play. I enjoy it a ton.”

(Reporting by Shrivathsa Sridhar in Bengaluru, editing by Ed Osmond)

Coaching is a family affair for Tsitsipas at Roland Garros

Wed Oct 7 , 2020
Oct 7, 2020; Paris, France; Stefanos Tsitsipas (GRE) in action during his match against Andrey Rublev (RUS) on day 11 at Stade Roland Garros. Mandatory Credit: Susan Mullane-USA TODAY Sports October 7, 2020 PARIS (Reuters) – Stefanos Tsitsipas is coached by his father Apostolos but having his mother, who is […] 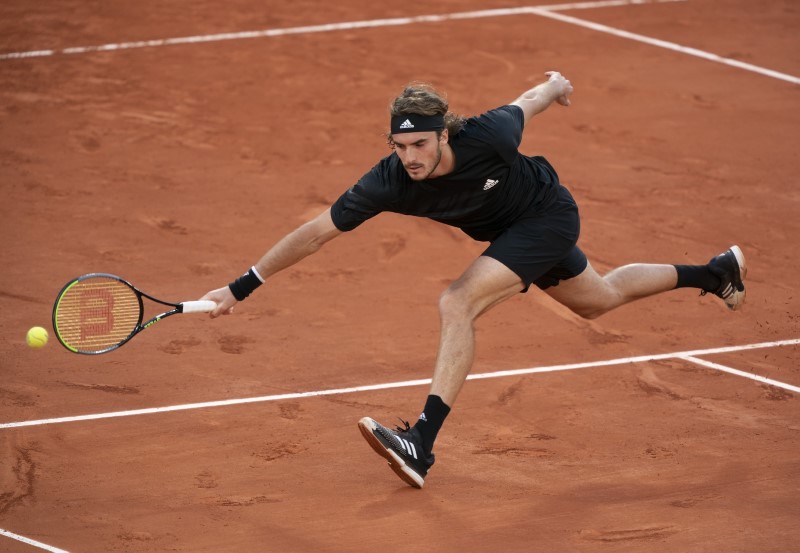