NEW YORK (Reuters) – Some red flags emerged for the U.S. economy late last year as credit card inquiries fell, student-loan delinquencies remained high and riskier borrowers drove home automobiles, according to a report that could signal a downturn is on the horizon.

The U.S. household debt and credit report, published Tuesday by the Federal Reserve Bank of New York, showed that the overall debt shouldered by Americans edged up to a record $13.5 trillion in the fourth quarter of 2018. It has risen consistently since 2013, when debt bottomed out after the last recession.

While mortgage debt, by far the largest slice, slipped for the first time in two years, other forms of borrowing rose including that of credit cards, which at $870 billion matched its pre-crisis peak in 2008.

Consumer spending accounts for two-thirds of growth in the world’s largest economy and it is expected to hold strong this year even as the overall expansion cools after a hot 2018.

However one sign of consumer demand, credit inquiries, slipped in the second half of 2018 to the lowest level recorded by the New York Fed.

Another signal of weaker demand, the closing of credit cards and other accounts, jumped to its highest level since 2010, while flows into serious delinquency for credit cards rose 5 percent, up from 4.8 percent in the third quarter.

Serious-delinquency flows, a warning bell for economists because they can prelude defaults, spiked in the third quarter for student debt and remained there in the fourth quarter, with 9.1 percent of the $1.5-trillion total debt seriously delinquent.

These flows have also been rising since 2012 for auto loans, which rose slightly to total $1.3 trillion by the end of 2018, a year that had the highest number of auto loan originations since at least 1999.

New York Fed economists said that while creditworthy borrowers are mostly driving the growth in originations, the performance of auto debt is worsening.

“Growing delinquencies among subprime borrowers are responsible for this deteriorating performance, and younger borrowers are struggling most acutely to afford their auto loans,” said Joelle Scally, administrator of the New York Fed’s center for microeconomic data.

The Federal Reserve raised rates four times last year but is now taking a wait-and-see approach to further policy tightening in the face of an overseas slowdown, the expected slowdown at home, and muted U.S. inflation.

The report also showed that Americans have continued to turn away from home equity lines of credit, or HELOC, which can free up funds for other purchases. HELOC balances dropped to $412 billion in the fourth quarter, its lowest level in 14 years.

Slingsby shoots for green and golden era with SailGP 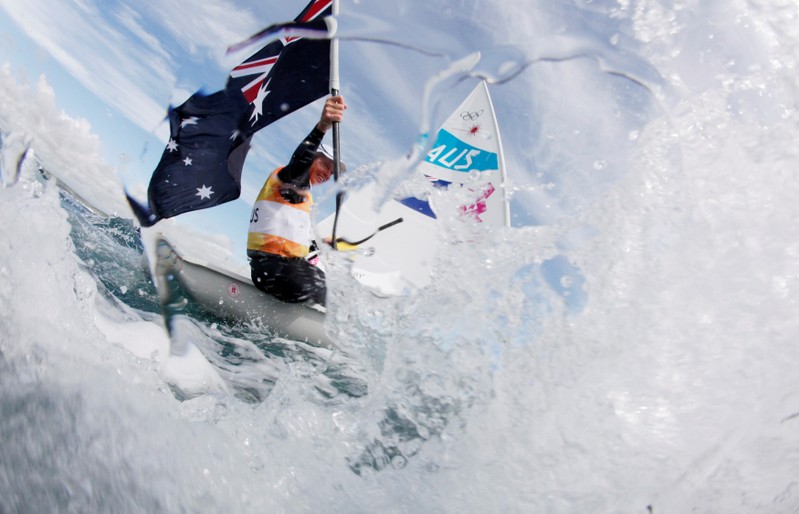