AMMAN (Reuters) – Heavy rains and flooding killed at least eight people in Jordan and forced authorities to evacuate more then 3,700 tourists from the ancient city of Petra on Friday, officials said.

Authorities declared a state of emergency in the Red Sea port city of Aqaba further south as downpours started in the afternoon.

Civil defense divers searched for five people whose car was swept away by floods in the Madaba area, southwest of the capital, state news agency Petra said.

A major highway that links Amman with the south was also closed. The government announced the closure of universities and schools on Saturday and mosques were opened to shelter civilians in areas hit by the floods.

Two weeks ago, 21 people, mainly children, died after they were swept away in flash floods on a school outing in the Dead Sea region, in one of the country’s worst natural disasters in decades.

Politicians and members of the public criticized the emergency services at the time, saying crews had been unprepared, and two ministers were forced to resign after a parliamentary committee found negligence.

Sat Nov 10 , 2018
President Donald Trump woke up in Paris on Saturday in the mood to make threats toward California as it deals with deadly wildfires in Northern California and hundreds of smoldering homes in Southern California. In an angry tweet, the president threatened to pull federal funding for the state if nothing […] 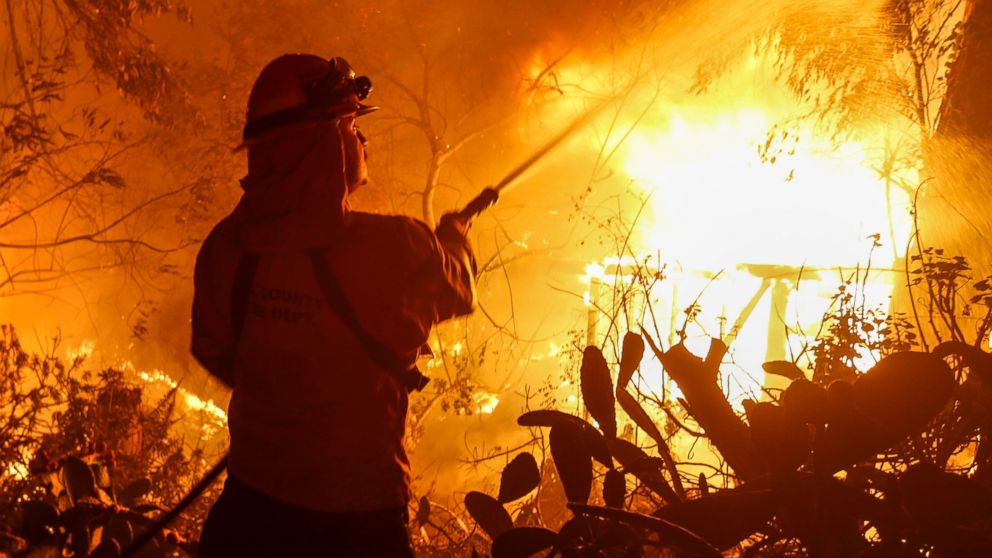