Quicken Loans has agreed to pay $32.5 million to settle a lawsuit that accused the company of fraudulently sticking the government with bad mortgages.

The deal was disclosed Friday, and the case was dismissed by a Detroit federal judge.

The government had accused Quicken of cutting corners when verifying the income of certain borrowers. Quicken also was accused of seeking improper appraisals so it could make a larger mortgage. The loans were insured by the Federal Housing Administration, which paid Quicken if a borrower defaulted.

Quicken denied the allegations. Vice chairman Bill Emerson tells the Detroit Free Press that the company did “nothing wrong” but paid for losses involving “human error.” Quicken will remain in the FHA program.

Quicken’s founder is Detroit businessman Dan Gilbert, who owns the NBA’s Cleveland Cavaliers. He is recovering from a stroke.

Fri Jun 14 , 2019
An oil tanker is seen after it was attacked at the Gulf of Oman, in waters between Gulf Arab states and Iran, June 13, 2019. ISNA/Handout via REUTERS June 14, 2019 By Parisa Hafezi and Makini Brice DUBAI/WASHINGTON (Reuters) – U.S. President Donald Trump blamed Iran on Friday for attacks […] 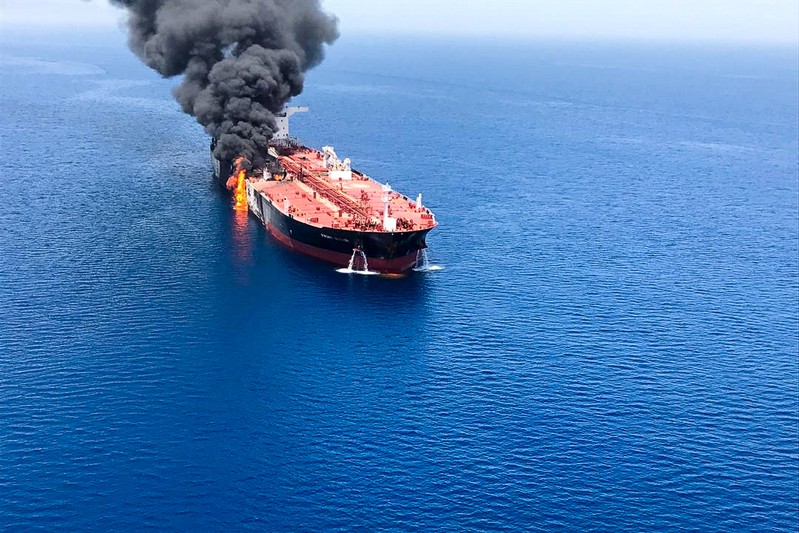