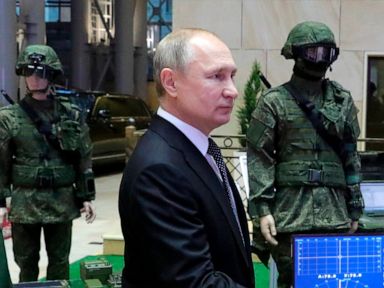 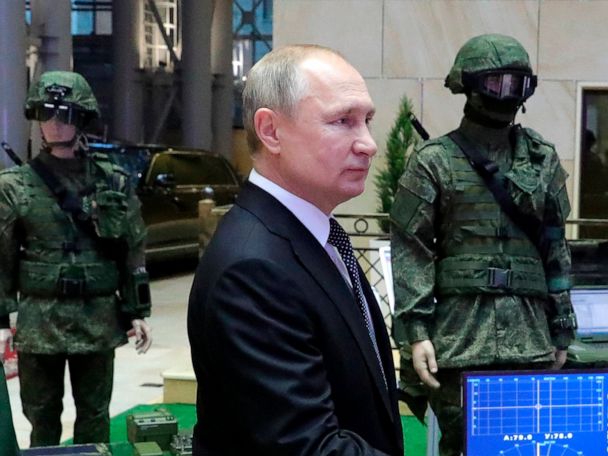 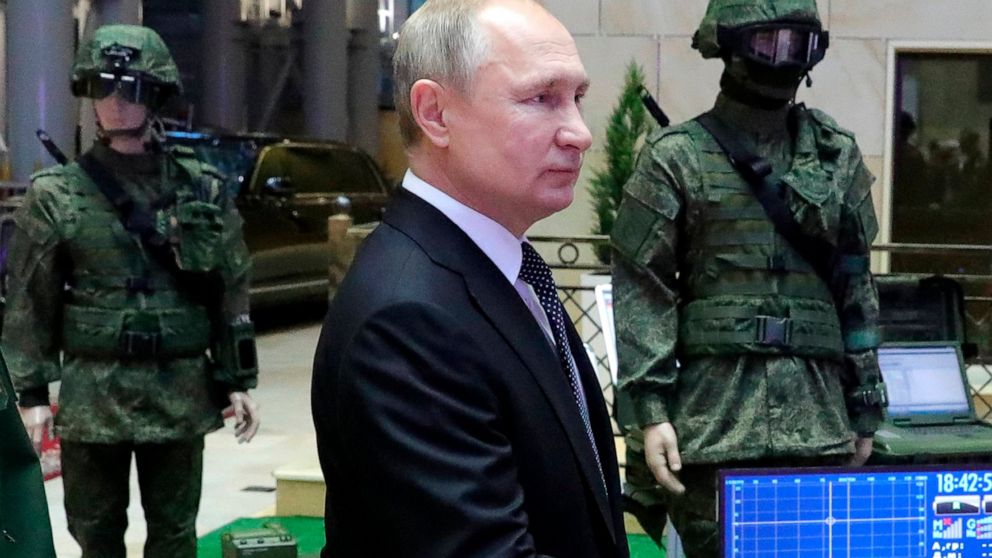 MOSCOW — President Vladimir Putin said Tuesday that Russia is the only country in the world that has hypersonic weapons.

Speaking at a meeting with top military brass, Putin said that for the first time in history Russia has an edge in designing a new class of weapons unlike in the past when it was catching up with the United States.

He said that the first unit equipped with the Avangard hypersonic glide vehicle is set to go on duty this month, while that the air-launched Kinzhal hypersonic missiles already have entered service.

Putin first mentioned the Avangard and the Kinzhal among other prospective weapons systems in his state-of-the-nation address in March 2018.

Putin said then that the Avangard has an intercontinental range and can fly in the atmosphere at a speed 20 times the speed of sound. He noted that the weapon’s ability to change both its course and its altitude en route to a target makes it immune to interception by the the enemy.

Speaking Tuesday, he described the Avangard as a “weapon of the future, capable of penetrating both existing and prospective missile defense systems.”

The Kinzhal, which is carried by MiG-31 fighter jets, entered service with the Russian air force last year. Putin has said that the missile flies 10 times faster than the speed of sound, has a range of more than 2,000 kilometers (1,250 miles) and can carry a nuclear or a conventional warhead. The military said it’s capable of hitting both land targets and navy ships.

The United States and other countries also have worked on designing hypersonic weapons, but they haven’t entered service yet. 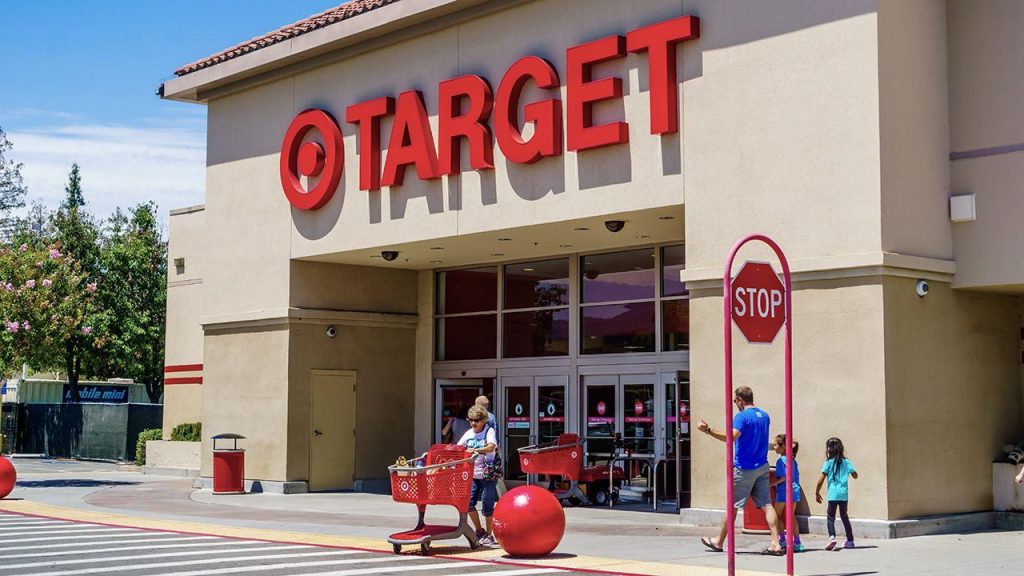