Riot police officers patrol the street on June 10, 2019 in Nur-Sultan, a day after Kazakhstan’s presidential elections.

Kazakhstan’s first president, Nursultan Nazarbayev, has stepped down after a nearly three-decade-long tenure.

His successor, Kassym Jomart-Tokayev, confirmed his position after taking nearly 71% of the vote in Sunday’s election against six other government-approved candidates, according to Foreign Policy. His closest opposition candidate trailed behind with 16.2%.

Though that may seem a sweeping victory for Jomart-Tokayev, the transfer of office has spurred unrest in the country’s capital Nur-Sultan and largest city Almaty.

About 500 protesters were arrested by police, the BBC reported, citing local officials. The demonstration, decrying what protests called a “dictatorship” in the country, is the largest Kazakhstan has seen in recent years.

As protest is not tolerated in the country, the demonstration led to violence in the streets. A BBC correspondent in Nur-Sultan reported people being dragged onto buses by riot police. Many journalists were also detained covering the protest, while social media platforms such as Facebook and Telegram were reportedly inaccessible in the country during that time.

Kazakhstan’s new president Kassym-Jomart Tokayev attends a press briefing after his meeting with Russia’s President at the Kremlin in Moscow on April 3, 2019. (P

“This could have been a moment when the leadership turned a page, but instead we are seeing the same well-documented repressive tactics as in the past,” Mihra Rittmann, a senior researcher at Human Rights Watch, told Foreign Policy.

The transition has been thoroughly planned out by Nazarbayev, as he had been grooming 66-year-old Tokayev to become the new president for three years, according to the BBC.

Despite stepping down from the presidency, life-time “Leader of the Nation” Nazarbayev is set to still be heavily involved in the country’s political future, the BBC said. Nazarbayev is the head of the Security Council for life and remains the chairperson of the ruling Nur-Otan party.

According to the BBC, Nazarbayev joked at a recent party congress, “We are electing a new president, aren’t we? It looks like I am being re-elected.”

For more on the protests and the Kazakhstan elections, see the full BBC and Foreign Policy reports.

Tue Jun 11 , 2019
View of Amazon office NurPhoto | Getty Images Amazon has overtaken Google and Apple to become the world’s most valuable brand at $315.5 billion, according to a ranking of global companies, up 52% on last year. Apple comes second, valued at $309.5 billion, with Google in third place, at $309 […] 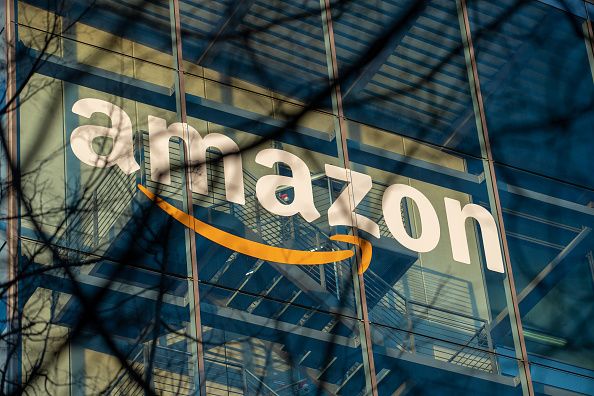