Democratic presidential nominee Joe Biden leads President Trump by about 67,000 votes in Arizona, and CBS News estimates the race as a likely win for the former vice president. But as workers continue counting votes, Arizona supporters of the president who are angry over the delay are demanding to see the ballot count to its finish.

“We are not trying to break in. We’d just like to watch you count the ballots,” an unidentified protester said into a bullhorn.

Protesters, many armed, gathered outside the Maricopa County ballot processing center in Phoenix on Wednesday. They shouted that the election was being stolen, booed officials and blocked the exit. Police in riot gear were called in to walk employees to their cars.

“They literally are trying to steal this from us,” Nicole Galinda, a protester, told CBS News.

On Thursday, Arizona Secretary of State Katie Hobbs dismissed the protesters’ presence as a “distraction” and said ballot tampering was “not happening.”

“They’re protesting to count the votes and that is exactly what Maricopa County election officials are doing,” she said on “CBS This Morning.”

A fenced-in freedom of speech zone was put up on Thursday so demonstrators could express themselves on one side, and ballot counters could work on the other. Inside the building, bipartisan teams, many making minimum wage, were feverishly and carefully counting ballots at a rate of up to 8,000 an hour.

Hobbs said the state is “prepared” for a potential legal challenge from the Trump campaign, adding there is “no real legal basis to stop counting” ballots.

“Quite honestly there’s no legal ground for us to stop counting ballots,” Hobbs said on “CBS This Morning.” “We don’t have a postmark deadline in Arizona. Our ballots have to be received by Election Day. Those are the votes we’re counting.”

Phoenix was not the only scene with protests on Wednesday. Several cities across the U.S., including New York, Chicago, Minneapolis and Portland, witnessed post-election protests. Law enforcement reported several arrests.

Meanwhile in Nevada, election officials have gotten threats. They, too, have added security guards to protect the staff.

“We will not allow anyone to stop us from doing what our duty is in counting ballots,” said Joe Gloria, Clark County’s registrar of voters.

Elizabeth Elkind contributed to this report.

Fri Nov 6 , 2020
Pennsylvania Secretary of State Kathy Boockvar told reporters on Thursday evening that there are “several hundred thousand ballots remaining to be counted,” but added “we already have counted the majority of ballots.” Boockvar said that military and overseas ballots will be counted through Tuesday, and said that provisional ballots need […] 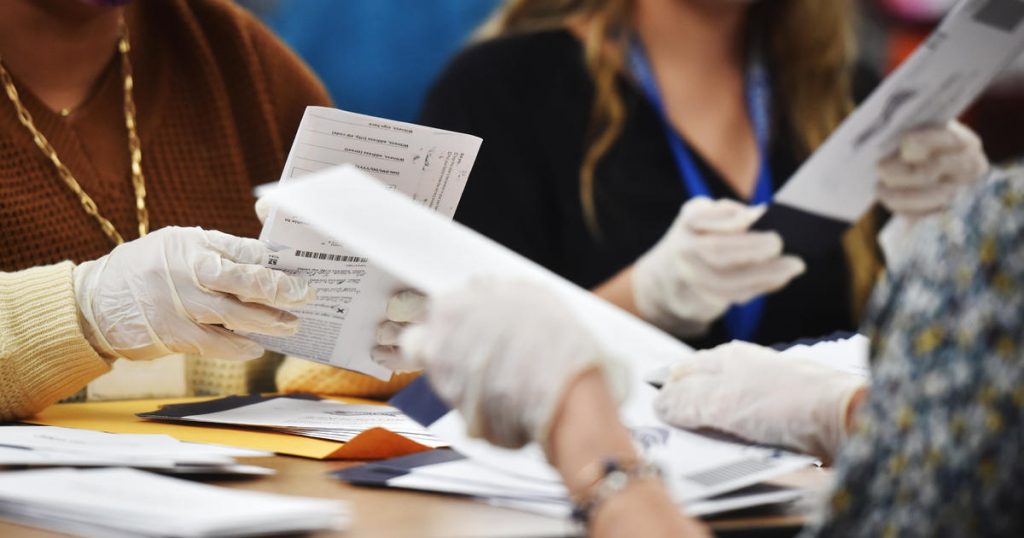