Progressive Democrats continue to demand bold climate action be included in any infrastructure legislation as the White House moves forward with bipartisan brokering that does not include measures to combat climate change. Climate activists and progressive members are working in a coordinated effort to mount pressure on the White House and drum up public support with the mantra and hashtag #noclimatenodeal.

“As the urgency to invest in public climate infrastructure and jobs intensifies each day, we urge you to work with us to deliver robust and lasting investments at a scale that directly addresses the climate crisis,” read the letter, first obtained by CBS News.

The letter criticized President Biden’s proposed infrastructure goals and his willingness to negotiate with some Senate Republicans.

“We are very concerned that the American Jobs Plan (AJP), and more so the bipartisan compromise as it presently stands, will not reduce the greenhouse gas emissions that are driving the climate crisis to the extent that science and justice require.”

The message is cosigned by 10 members including Representatives Alexandria Ocasio-Cortez and Pramila Jayapal, who is the chair of the Congressional Progressive Caucus. With an evenly-divided Senate and slim Democrat majority in the House, progressives potentially hold enough leverage to foil legislation they find unsavory.

As the White House has had ongoing infrastructure talks with a group of 10 bipartisan senators, climate goals have been diluted in the name of negotiation.

Republican Senator Susan Collins, who has been at the negotiating table, said last month on “Face the Nation” that Republicans are working to include a tax on electric vehicle owners.

Progressives believe Mr. Biden ought to be listening to their demands more so than Republicans.

“The conversation has become a discouraging, tepid dance between the already compromised [American Jobs Plan] and plans from Republicans and bipartisan coalitions that leave climate out entirely,” Bush writes.

Bush and her cosigners advocate for goals laid out in the Green New Deal, spending $1 trillion every year for the next decade “to match the scale of the climate crisis.”

“This is the very least we can do to avert the worst of the climate crisis. Anything less would be unacceptable and an abdication of our global responsibility.”

At a press conference on Tuesday, Senator Ed Markey, one of the coauthors of the Green New Deal, said he would only support a bipartisan infrastructure deal if he first had assurance of a complementary progressive climate bill with the promise of passing with 50 votes via reconciliation. Bush’s letter urges Pelosi to include progressive directives in the budget resolution process, “which will dictate the scale and scope of the upcoming reconciliation bill on infrastructure.”

The letter was written in collaboration with climate groups, including the youth-led Sunrise Movement and Justice Democrats, demanding the Democratic caucus fully support a progressive plan.

“We are up against the ticking time bomb of the climate crisis and if we neglect investment now to avert the climate crisis – if Speaker Pelosi ignores House Progressives and the thousands of young people behind them – costs and consequences will only be greater,” said Lauren Maunus, advocacy director of Sunrise Movement.

Thu Jul 8 , 2021
Missouri state officials warn the rapid spread of the highly contagious Delta variant in parts of the Midwest could happen in other parts of the country. Some areas are recommending masks and other COVID-19 restrictions to fight the spread. As the pandemic hit Nixa, Missouri, Mayor Brian Steele tried to […] 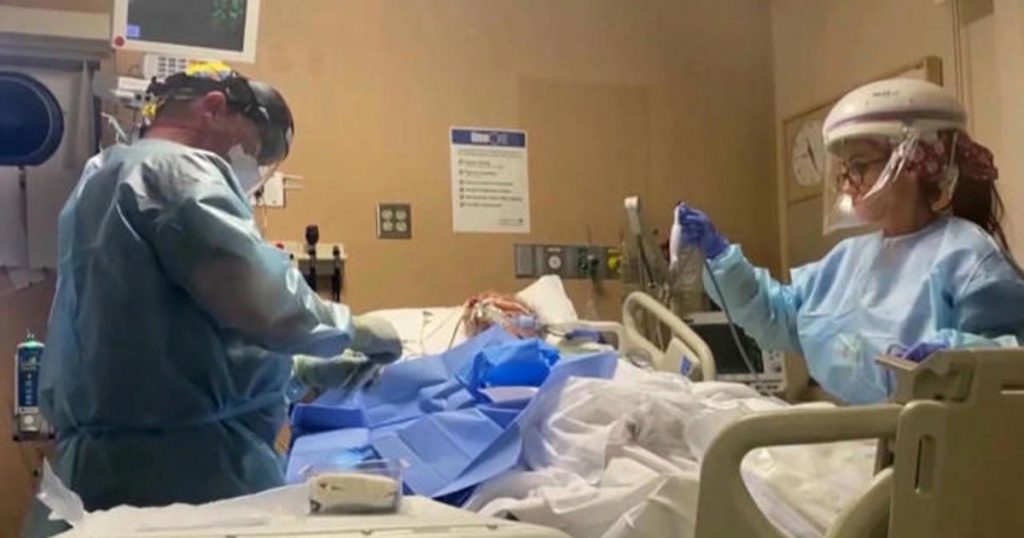