President Donald Trump walks off the stage at the end of a rally on September 25, 2021 in Perry, Georgia. (Photo by Sean Rayford/Getty Images)

President Donald Trump took the stage as his latest “Save America” rally kicked off in Perry, Georgia. Standing up to the podium on Saturday, President Trump told Americans they needed to fight to rescue the nations and claimed it was being destroyed by Democrats.

The 45th president also discussed skyrocketing inflation, the crisis at the southern border and Joe Biden’s botched military withdrawal. He added if it had been him, the situation in Afghanistan would have had a different outcome.

Trump added he wanted to make sure election fraud would never happen again.

The 45th president went on to say we now have to make America great again.

Sun Sep 26 , 2021
Spanish volcano eruption shuts down local airport and displaces thousands – CBS News Watch CBSN Live The Spanish island of La Palma is still reeling from a volcanic eruption that began one week ago. Spreading ash and lava caused the local airport to shut down and roughly 6,000 people remain […] 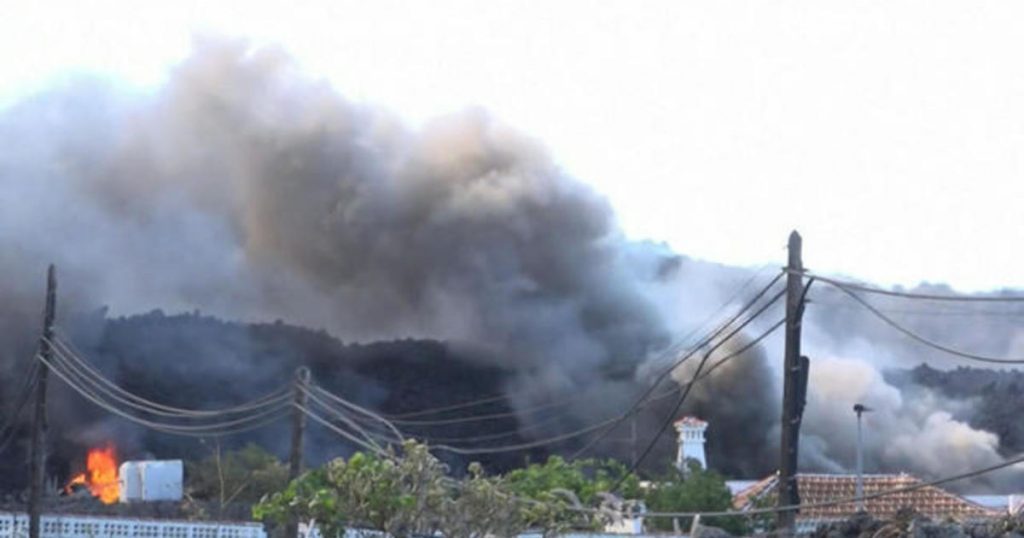