This is according to a phone call released on Sunday in which Raffensperger and his legal counsel rejected claims of election irregularities.

The President pointed to stories of ballots being shredded and voting machines being moved, accusing Raffensperger of knowing what happened but not reporting it.

I spoke to Secretary of State Brad Raffensperger yesterday about Fulton County and voter fraud in Georgia. He was unwilling, or unable, to answer questions such as the “ballots under table” scam, ballot destruction, out of state “voters”, dead voters, and more. He has no clue!

In the call, the President claimed he won the election and said it’s not fair to take it away.

“You should want to have an accurate election,” President Trump told the secretary of state. “And you’re a Republican.”

Raffensperger responded by saying, “We believe that we do have an accurate election.”

Raffensperger continued to stand by the numbers, claiming he believes they are correct. President Trump countered, telling Raffensperger that he’s providing faulty election results and the people of Georgia know it’s a scam.

Sun Jan 3 , 2021
Supporters of President Donald Trump stood on the side of a road as Trump’s motorcade passed by, Wednesday, Dec. 30, 2020, in West Palm Beach, Fla. (AP Photo/Patrick Semansky) OAN NewsroomUPDATED 7:30 PM PT – Sunday, January 3, 2021 Over a thousand vehicles in support of the President came together […] 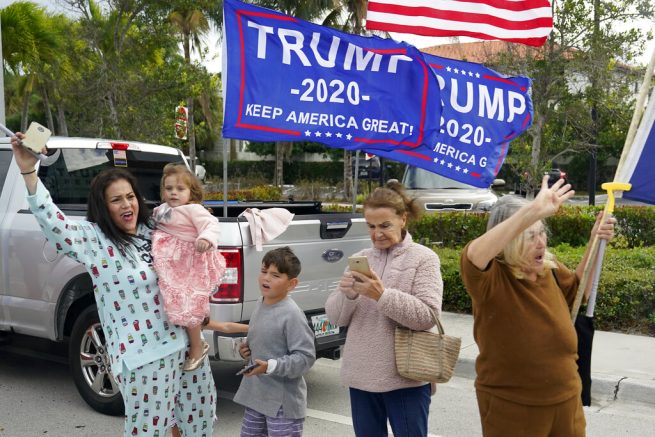