President Trump recently addressed the nation and promised an end to ongoing unrest as well as the restoration of law and order. While delivering his remarks Monday from the White House Rose Garden, the president’s first words were a lamentation for the tragic death of George Floyd whose family will receive justice as President Trump assured.

“All Americans were rightly sickened and revolted by the brutal death of George Floyd,” he stated. “My administration is fully committed that for George and his family justice will be served, he will not have died in vain.”

While having expressed his sympathy for the cause of justice for George Floyd, however, the president decried what he called the hijacking of peaceful protests by elements intent on spreading indiscriminate violence. He then extended a promise to do all within his power to protect Americans from ongoing chaos.

“But we cannot allow the righteous cries and peaceful protesters to be drowned out by an angry mob,” he explained. “The biggest victims of the rioting are peace loving citizens in our poorest communities and as their president, I will fight to keep them safe.” Demonstrators vandalize a car as they protest the death of George Floyd, Sunday, May 31, 2020, near the White House in Washington. Floyd died after being restrained by Minneapolis police officers. (AP Photo/Evan Vucci)

President Trump assured the public he is on the side of peaceful protesters, but had strong words for the violent events experienced across the country over the last week. He condemned them as affronts against the values of American society.

“Innocent people have been savagely beaten…small business owners have seen their dreams utterly destroyed…New York’s Finest have been hit in the face with bricks…brave nurses who have battled the virus are afraid to leave their homes…a federal officer in California, an African-American enforcement hero, was shot and killed,” the president cited. “These are not acts of peaceful protests., these are acts of domestic terror.”‘

In response to these events, the president stated that he will deploy the full force of the American government in a bid to swiftly quell the disorder to which cities across the country have been subjected in recent days.

“I have strongly recommended to every governor to deploy the National Guard in sufficient numbers that we dominate the streets,” he announced. “Mayors and governors must establish an overwhelming law enforcement presence until the violence has been quelled.”

While rounding off his remarks, President Trump turned once more to the themes of justice and the rule of law by highlighting the importance of seeking a just yet peaceful resolution to the events that sparked the unrest.

“We must never give in to anger or hatred; if malice or violence reigns, then none of us is free,” he stated. “I take these actions today with firm resolve and with a true and passionate love for our country — by far, our greatest days lie ahead.’

My fellow Americans – My first and highest duty as President is to defend our great Country and the American People. I swore an oath to uphold the laws of our Nation — and that is exactly what I will do… pic.twitter.com/pvFxxi9BTR

Tue Jun 2 , 2020
Protests over the killing of George Floyd are both “alarming” and “enormously important,” analysts told CNBC on Tuesday, but it is unlikely the ongoing unrest will have a material impact on financial markets. It comes after violent protests on Monday evening intermittently flared in New York City, Los Angeles and […] 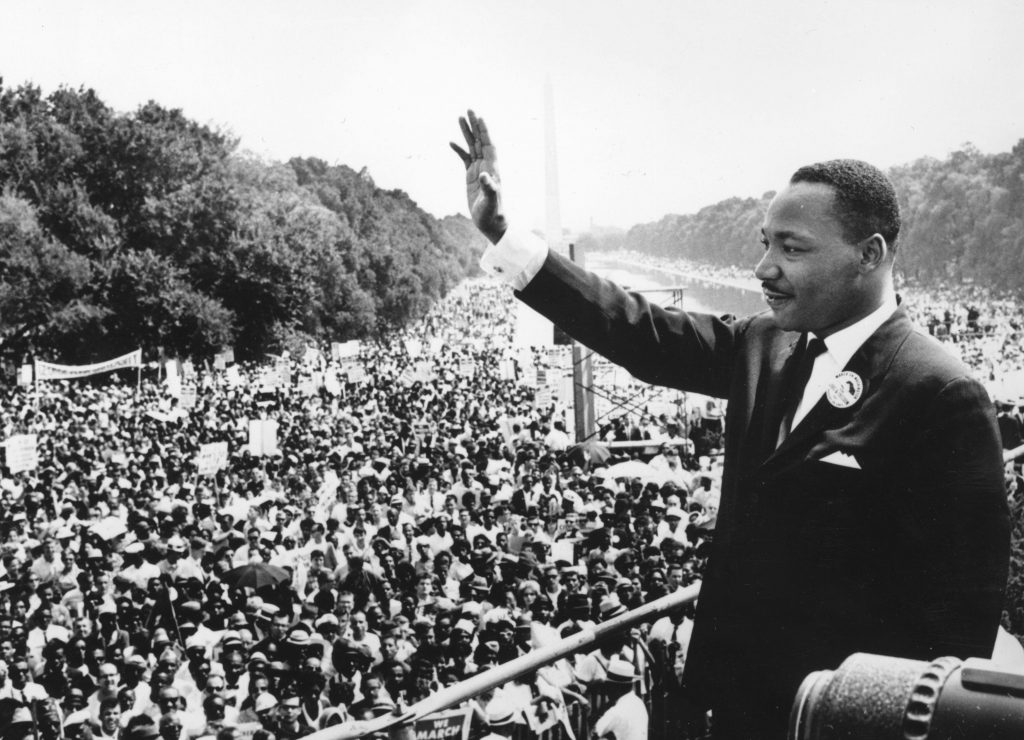