Many people think of Social Security as the program their parents and grandparents rely on for financial support in retirement.

For James Roosevelt, Jr., it has a special significance.  His grandfather created it.

President Franklin Delano Roosevelt signed the Social Security Act into law in 1935. The measure helped to create the program as we know it today, by establishing income for workers age 65 and over after they stopped working.

With the legislation, Roosevelt also established other protections against what he called the “hazards and vicissitudes of life” that we continue to rely on, among them unemployment insurance.

More from Your Money Mindset:
What to know before investing stimulus money
Consider these factors before accepting an early retirement package
Many forced to raid retirement money amid pandemic

Growing up, Roosevelt’s grandson, who prefers to go by Jim, remembers family discussions emphasized the importance of that legacy.

“My family considered my grandfather’s achievement in signing Social Security into law to be the most lasting thing that he had done in the four terms he was elected president,” Jim said.

Both Jim and his father, James, also worked during their careers to help preserve the program. James, a former congressman, created the National Committee to Preserve Social Security and Medicare in 1982, to fight back against conservative efforts to cut the program.

James Roosevelt, Jr., and Lorraine Miller, co-chairs of the Credentials Committee, at the 2016 Democratic National Convention in Philadelphia.

Today, Jim, 74, serves as vice chair of the advisory board of the advocacy group, which just made its first endorsement of a presidential candidate in its 38-year history. The group made the decision to back Democratic presidential nominee Joe Biden because the program is under more threat than ever, Jim said.

“It’s a high-stakes election for Social Security because Donald Trump — whatever his rhetoric is about preserving Social Security and Medicare — in fact, he’s proposing essentially defunding them,” Jim said.

The Trump administration and his campaign, however, have repeatedly denied those claims.

Social Security has evolved over the years after President Roosevelt.

“My grandfather wanted to see the program expanded, and gradually it was,” Jim said.

Agricultural and domestic workers were added in the 1940s and 50s, as well as disability coverage.

They legislation came together in a bipartisan compromise led by President Ronald Reagan, a Republican, and House Speaker Thomas Phillip “Tip” O’Neill, a Democrat representing Massachusetts.

The bill helped to preserve the program’s solvency for future years. But it also included benefit changes. One of those raised the full retirement age to 67 from 65,  a change that is still being phased in today. The upper age limit for child survivors to receive benefits was also reduced to 18, rendering college students no longer eligible.

Jim’s father James and his national committee advocated for protecting the program at that time. Overall, Jim said, his father was happy with the changes, because the program’s solvency was extended. But he said he father opposed the benefit cuts.

Jim’s life was influenced early on by his family’s legacy. Though his grandfather died before he was born, his grandmother lived until his senior year in high school.

He learned to read with his grandmother Eleanor Roosevelt’s six-day a week newspaper column, “My Day.”

“As a young child, I thought that was kind of how everyone stayed in touch with their grandmother,” he said.

Jim  got involved in Democratic campaigns as a high school and college student. It wasn’t until later in his career, most of which has centered on health-care law, that Social Security became a major focus.

Jim served as the associate commissioner of Social Security for retirement policy during President Bill Clinton’s administration in the 1990s.

There, he saw firsthand how Social Security, which people often referred to as “President Roosevelt’s program” when he was growing up, really operated.

“The Social Security program is incredibly well thought out and planned,” Jim said. “Nothing happens without lots of research.”

“That is contrary to the talk you hear from Republicans and conservatives about ‘it won’t be there for you,'” Jim said.

“It is very soundly constructed to be there for people when they retire or when they’re disabled or when there’s the loss of a parent,” he said.

About 65 million Americans will receive more than $1 trillion in benefits this year, according to the Social Security Administration. The average monthly check is $1,514 for retirees and $1,259 for disabled workers.

Why the program could be under threat

But that financial security could be at risk if Trump wins a second term in November, advocates for Social Security, including the National Committee, say.

Most point to the president’s temporary payroll tax deferral, which allows employees to put off paying the portion of their paychecks that go to Social Security, as evidence. Under the current terms of the executive order, those workers will have to pay those levies back in January.

Trump has said he will permanently eliminate those taxes if he is re-elected. While the White House has maintained he means forgiving the taxes of those who participate in the temporary deferral, Social Security advocates worry he intends to do away altogether with the payroll contributions that fund the program.

In fact, Social Security’s chief actuary found the program would run out of funding as soon as 2023, when asked to analyze the consequences of a permanent payroll tax cut.

Social Security’s trust funds are already facing a shortfall. The most recent estimates from the Social Security Administration project that will happen in 2035, at which point 79% of promised benefits would still be payable. Experts say that will likely be exacerbated by the coronavirus pandemic.

A permanent payroll tax cut would leave the program with no money to pay benefits, Jim said.

“We’ve always believed what my grandfather said, that the payroll tax structure of Social Security made it secure for working Americans because, as he put it, ‘No damn politician would dare to mess with it,'” Jim said.

“Unfortunately, neither he nor any of the rest of us ever contemplated Donald J. Trump,” he added. “And he is trying to mess with it.”

The Trump administration, for its part, has denied plans to implement a permanent payroll tax cut.

“There is no plan to eliminate Social Security taxes,” White House economic advisor Larry Kudlow said in an August interview. “I don’t know where that idea came from. It’s not true.”

Former vice president Joe Biden has outlined a plan aimed at helping restore the program’s solvency, while enhancing benefits for some key groups, particularly those who live long lives.

To pay for those changes, Biden wants to apply Social Security payroll taxes to earnings of $400,000 or more. Currently, those taxes are only taken from wages up to $137,700.

“Biden’s plan is a very well thought out way to improve it,” Jim said.

There will always be people who are against raising taxes, he admitted. But Biden’s plan for raising the maximum amount of earnings taxed makes tremendous sense, he said.

The plan also includes no benefit cuts, given the cost of living increases seniors are facing. “There really is no justification for benefit cuts at this point,” Jim said.

Trump’s campaign, however, maintains that it has the best plan to usher the program into the future.

“Joe Biden is dusting off the old Social Security scare tactic playbook,” said Tim Murtaugh, director of communications for Trump’s re-election campaign. “The President has clearly stated repeatedly that he will always protect Social Security and Medicare, including from Democrats pushing plans to give benefits to illegal aliens.”

Jim is confident both his father and grandfather would welcome Biden’s changes if they were alive today.

“It’s a legacy for all Americans, but it’s particularly a legacy in the Roosevelt family,” Jim said. “This is something that people see as a fact of life until it’s under threat, like it is now.”

The Time For Apologies is Over

Sun Oct 11 , 2020
Decades ago, during my senior year in high school, one of my classmates made a derogatory comment about someone for whom I cared deeply. When a friend of mine made me aware of what was said I found the guy, who was for the record, older and larger, in the […] 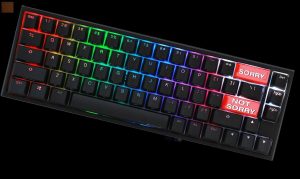