All three were bound for a high orbit near the region where military and commercial communications satellites operate 22,300 miles above the equator.

Generating a combined 2.6 million pounds of thrust, the Atlas 5’s workhorse Russian engine and the five strap-ons majestically pushed the rocket away from pad 41 at the Cape Canaveral Air Force Station, leaving a churning cloud of exhaust and a crackling roar in its wake.

The initial moments of the flight appeared to go smoothly as the towering rocket knifed through the sound barrier and shot away through the early evening sky, arcing away to the east above the Atlantic Ocean.

The strap-on boosters fell away about a minute and 50 seconds into flight and the RD-180 shut down two minutes and 45 seconds later, after boosting the vehicle out of the thick lower atmosphere.

A third Centaur firing five-hours after launch was planned to circularize the orbit. The spacecraft — the Continuous Broadband Augmented SATCOM, or CBAS, and another known as EAGLE — were to be released to fly on their own in a circular orbit slightly above the 22,300-mile-high geostationary orbits used by military and civilian communications satellites.

CBAS, the upper satellite, is “a military satellite communications spacecraft destined for geosynchronous orbit to provide communications relay capabilities to support senior leaders and combatant commanders, the Air Force said in a statement.

No other details were released.

The lower satellite in the Atlas nose cone featured one of the more convoluted names used by the Pentagon, the “Evolved Expendable Launch Vehicle Secondary Payload Adapter Augmented Geosynchronous Laboratory Experiment,” or EAGLE.

Built by Orbital ATK and managed by the Air Force Research Laboratory, EAGLE is designed to demonstrate a “space vehicle design which allows six or more deployable or hosted spacecraft in geosynchronous orbit,” according to an Air Force Fact sheet.

‘It will also demonstrate the capability to provide low-cost access to geosynchronous orbit and geosynchronous transfer orbit for smaller class space vehicles by using excess weight and volume available on (the military) launch vehicle family.”

One of EAGLE’s experiments is a sub-satellite known at Mycroft, also built by Orbital ATK, that was intended to test space situational awareness technology, or SSA.

“The Mycroft vehicle will deploy from EAGLE, drift to approximately 35 km away and cautiously progress over several months to ranges approaching 1 km,” according to the fact sheet. “Mycroft will evaluate the region around EAGLE using a SSA camera. Mycroft will also use its sensors and software to perform advanced guidance, navigation and control functions-key functions in all satellite operations.”

“Together, EAGLE and Mycroft help train operators and development of tactics, techniques and procedures during exercises or experiments to improve space war fighting.”

Sat Apr 14 , 2018
Two black men were handcuffed and paraded out the door of a downtown Philadelphia Starbucks for allegedly refusing to leave when asked by staffers and police in an incident captured in a video was posted on social media. The video, posted by Melissa DePino, took place at around 4:30 p.m. […] 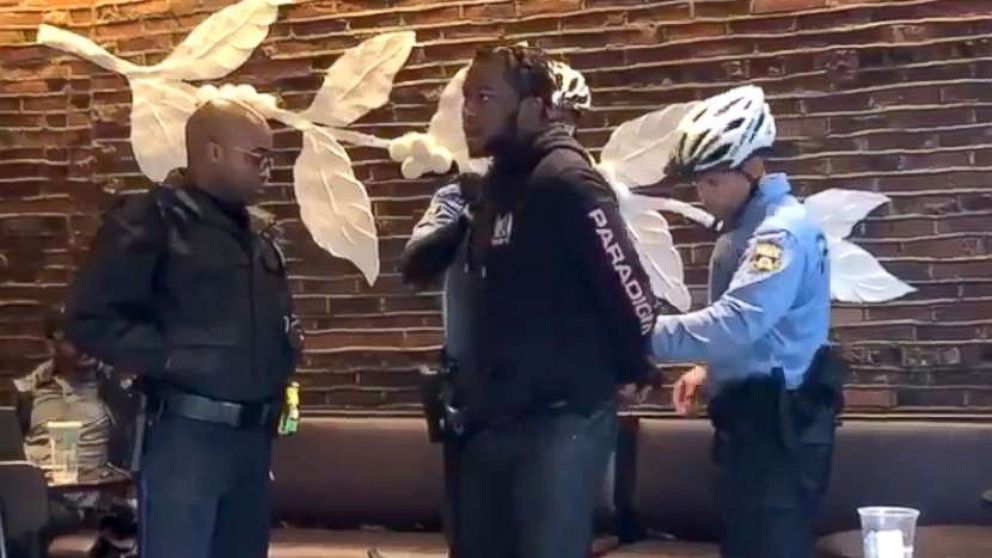