Returned ballots, where the voter could not be located, are stacked in United States Postal Service containers during the 2020 Presidential election in Provo, Utah, U.S., on Tuesday, Nov. 3, 2020.

The Postal Service on Election Day failed to deliver a significant percentage of mail-in ballots to several states that could determine who wins the presidential contest between President Donald Trump and Joe Biden, a court filing revealed Wednesday.

The states seeing relatively poor levels of mail deliveries of ballots include Georgia, Pennsylvania, Michigan, North Carolina and Wisconsin, all of which have yet to declare victors in their tallies for Trump and Biden.

The Postal Service later Wednesday told a federal judge that it had failed to comply with his order that Potal officials sweep mail facilities in 12 geographic areas for remaining ballots on Tuesday during the time frame set by the judge. The disclosures came in advance of hearing in U.S. District Court in Washington, D.C.

Judge Emett Sullivan, at that hearing, was furious with the failure of Postal officials to inform him on Tuesday of the failure to do the sweeps as ordered, as opposed to telling him on Wedesday, long after poll locations were closed nationwide.

“Someone may have a price to pay for that,” said Sullivan, who also said that Postmaster General Louis DeJoy may have to testify or be deposed in the case.

“I’d like you to explain just what the heck happened yesterday,” Sullivan told Joseph Borson, the Justice Department lawyer who is representing the Postal Service in the case. Borson said that the sweeps of the facilities already had been scheduled to happen after the 3 p.m. ET Tuesday deadline set by Sullivan, and that they could not be moved to earlier.

“The postmaster is either going to have to be deposed or appear before me and testify under oath about why some actions were not taken after the court issued its injunction,” Sullivan said.

“Whether we should spend time on that today, I’m not sure we should, but I’m not going to forget it either.”

Kevin Bray, Postal Service executive responsible for mail processing in the election, is scheduled to testify when the hearing resumes at 1:30pm ET.

Democratic hopes of winning Florida were dashed Tuesday in no small part due to Biden’s failure to rack up a large margin of victory over Trump in the Miami-Dade area, a region of South Florida that traditionally skews Democratic.

The date filed Wednesday showed showed that in South Florida, just 85.12% of the mail-in ballots were delivered on Election Day.

Biden is expected to outperform Trump in mail-in balloting in multiple locations. Trump has cast doubt on the legitimacy of outstanding mail-in and absentee ballots where Biden’s results threaten his path to an Electoral College victory.

In central Pennsylvania, just 61.3% of the mail-ballots in the postal system were delivered on time, the court filing shows. In Philadelphia, slightly more than 66% of the mail-in ballots had been delivered on Election Day.

In Atlanta 82.2% percent of the mail-in ballots were delivered on Election Day, the court filing shows.

In Greensboro, North Carolina, 72.9% percent of the mail-in ballots were delivered on Tuesday.

And in Lakeland, Wisconsin, slightly less than 77% of such ballots were delivered, the filing revealed.

Correction: The hearing is scheduled for Wednesday. A summary in an earlier version had the wrong day.

Wed Nov 4 , 2020
Federal Reserve officials are meeting this week with the economy facing growing threats from a resurgence of the coronavirus and from Congress’ failure to provide any further aid for struggling individuals and businesses By MARTIN CRUTSINGER AP Economics Writer November 4, 2020, 6:01 PM • 4 min read Share to […] 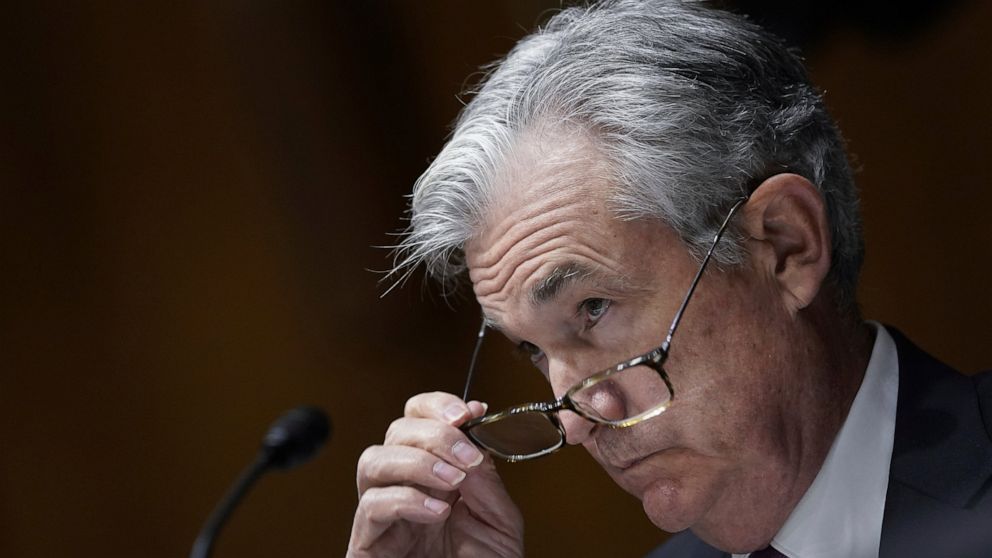