Thousands of people who were gathered in St. Peter’s Square for the traditional Sunday on-the-dot-of-noon appearance by Pope Francis were watching for the window of the Apostolic Palace to be thrown open so they could listen to the pope’s remarks and receive his blessing. But after seven minutes, the Pope still hadn’t shown himself.

Then Francis popped out and answered their question: “First of all I must excuse myself for being late. I was blocked in an elevator for 25 minutes.”

Apparently referring to electrical power, Francis explained there was a “drop in tension,” causing the elevator to get stuck.

He then asked for a round of applause for his rescuers, and went ahead with his regular remarks and blessings, concluding with an announcement that he has chosen 13 churchmen to become the Church’s newest cardinals.

The Vatican didn’t say if the pope was alone in the elevator or accompanied by any of his aides.

Sun Sep 1 , 2019
Mexican President Andrés Manuel López Obrador acknowledged a grim tally of violent crimes and a weak economy as he delivered the first state of the union address of his six-year term Sunday. Homicides in Mexico are at a record high and the economy is struggling nine months into his administration. […] 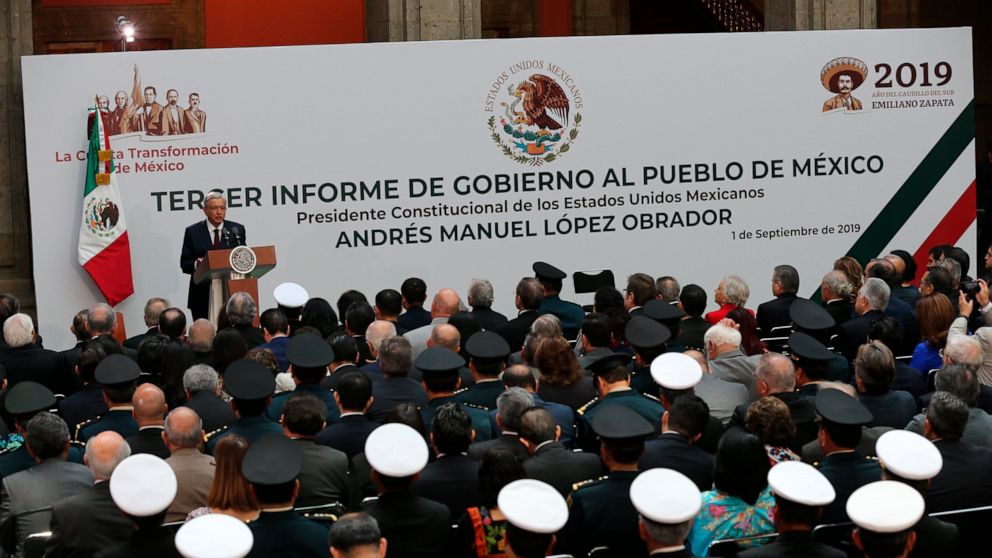