Pompeo made his remarks during an April 8 interview with Fox News’ Bret Baier. Pompeo urged the Cuban government to stop supporting Venezuelan President Nicolás Maduro — telling Baier that Maduro’s “days are numbered” — when in an aside the secretary also remarked about Assad’s power in Syria.

Pompeo, April 8: I might add, Bashar al-Assad controls a small fraction of Syria today. The work that the Trump administration has done to deny Assad the capacity to rebuild his nation — this is the guy who believes he won, but the truth is the Middle East is in a much more stable, much better place today than it was when President Obama was running the joint in Syria.

“Pompeo’s comment is false,” Steven Heydemann, director of Middle East Studies at Smith College, told us in an email. “The Assad regime controls about 60% of Syrian territory, including the entire western ‘spine’ of the country that includes all its major cities and a large majority of its population.”

The civil war in Syria started in March 2011, and, at its weakest point in 2015, Assad’s government held less than a fifth of Syria. “However, the Asad government — backed by Russia and Iran — has reasserted control over much of western Syria since 2015, and appears poised to claim victory in the conflict,” according to a recent report by the nonpartisan Congressional Research Service.

CRS, March 25: The collapse of IS [Islamic State] and opposition territorial control in most of Syria since 2015 has been matched by significant military and territorial gains by the Syrian government. The U.S. intelligence community’s 2018 Worldwide Threat Assessment stated in February 2018 that, “The conflict has decisively shifted in the Syrian regime’s favor, enabling Russia and Iran to further entrench themselves inside the country.”

A Jan. 14 Bloomberg News article on the various forces still fighting in Syria includes a map that shows the Assad regime controls about two-thirds of Syria — nearly all of the land southwest of the Euphrates River, which serves as a natural barrier between the U.S.-backed Syrian Kurdish forces, known as the Syrian Democratic Forces, and the Russia-backed Syrian military.

“The Kurdish-held areas in northern Syria, comprising about a quarter of the country, are the largest remaining areas outside of Syrian government control,” the CRS report said. “Asad has stated that his government intends to recover these areas, whether by negotiations or military force.”

Michael E. O’Hanlon, a senior fellow and director of foreign policy research at the Brookings Institution, agreed that Pompeo’s statement was “not correct.” In an email, he told us that “in terms of population, Assad controls a substantially higher percentage of the densely populated regions of the country.”

“The main cities under government control are: Damascus, Homs, Hama, Aleppo, Latakia, Tartus, Palmyra, Albu Kamal,” according to a March 13 Al-Jazeera article headlined “Syria’s War: Who Control What?” Aleppo is the largest city in Syria, followed by Damascus and Homs, according to the World Atlas.

“The regime is not in control of two important areas: parts of northwest Syria from north of Homs up to the border with Turkey. This area includes the city and province of Idlib and areas under Turkish control,” Heydemann said. “In addition, the regime is not in control of a large part of Syria’s northeast, which is dominated by Kurdish forces that are supported by the U.S.”

Idlib province has been under rebel control since 2015. It is the “the most significant zone remaining outside of government control in western Syria” — “the final opposition stronghold,” according to CRS. Idlib is strategically important to the Assad regime because it allows direct transit from government-control areas in the south to Aleppo, Syria’s largest city, according to CRS.

The area in the northeast that is under control of Kurdish forces is strategically important because that’s where “most of Syria’s major oil production facilities” are located, Heydemann said. “However,” he added, “the PYD – the most powerful Kurdish political party in the northeast – has entered into agreements to provide the Assad regime with oil from the areas it controls.”

The Wall Street Journal, in a Feb. 8 article, said the decision by the Kurdish forces to sell oil to the Assad regime “represent[s] a new challenge to U.S. efforts to starve the Syrian government of oil.”

Clearly, Assad doesn’t have full control of Syria as he did before the civil war. But he controls more than “a small fraction” of it, contrary to what Pompeo said.

We asked the State Department to clarify Pompeo’s remarks, but did not receive a response. We will update this article if we do.

The post Pompeo Wrong on Assad Control in Syria appeared first on FactCheck.org.

Wed Apr 10 , 2019
An American professional association of pediatricians is calling for an immediate recall of the Fischer-Price Rock ‘n Play Sleeper amid reports linking it to the deaths of tens of children. The American Academy of Pediatrics issued a statement Tuesday urging parents of children of all ages to stop using the […] 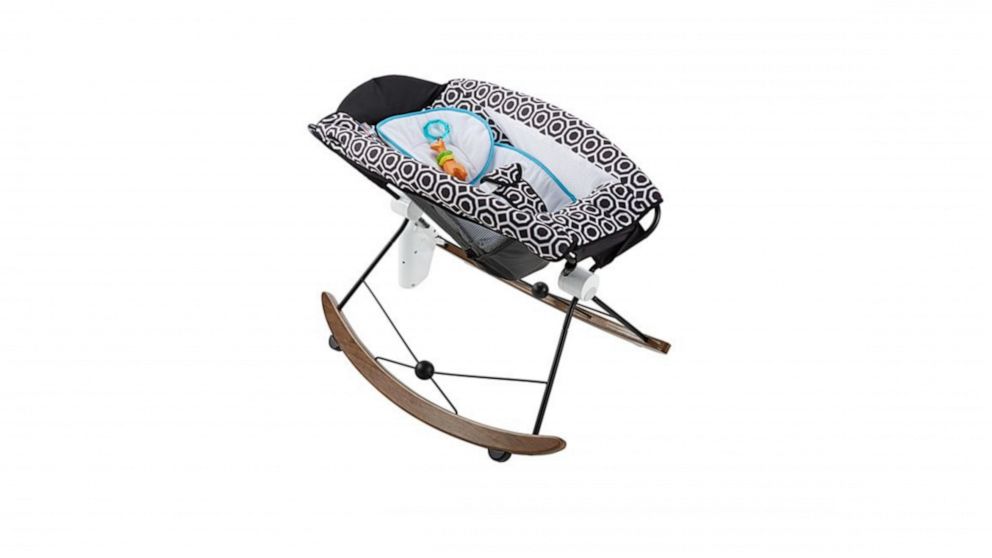