WASHINGTON/OTTAWA (Reuters) – U.S. Secretary of State Mike Pompeo called on Monday for the immediate release of two Canadians charged by China with espionage, saying the United States was “extremely concerned” and that the two men’s detention was unjustified.

“These charges are politically motivated and completely groundless,” Pompeo said in a statement.

Chinese prosecutors announced the charges on Friday against former diplomat Michael Kovrig and businessman Michael Spavor, who were arrested in late 2018.

Canada – which says it cannot interfere in the extradition process – has so far asked allies to put pressure on Beijing to free the two men, but dismisses talk of sanctions.

Kovrig’s wife, Vina Nadjibulla, told the Canadian Broadcasting Corp that Ottawa could be doing more for her husband, saying words were no longer enough.

“He has been confined to a single cell this entire time. He has not gone outside, he has not seen a tree or had fresh air to breathe for 560 days,” said Nadjibulla.

She said she had obtained a legal opinion in Canada that confirmed Justice Minister David Lametti could formally end the extradition process against Meng.

She did not give details and Lametti’s office did not immediately respond to a request for comment.

He also dismissed a suggestion that Ottawa try to exchange Meng for the two detained men, saying that would weaken Canada’s values and the justice system.

Trudeau said the two cases were clearly linked. Earlier in the day, China said they were unrelated and repeated calls for Meng’s release.

(Reporting by Susan Heavey in Washington, David Ljunggren in Ottawa and Gabriel Crossley in Beijing; Editing by Richard Chang and Peter Cooney)

Dow rises 100 points to start the week, led by Apple and Microsoft

Mon Jun 22 , 2020
Stocks traded higher on Monday, led by gains in major tech-related names. Those gains were capped, however, as investors assessed an uptick in coronavirus cases and the pace of the economic recovery. The Dow Jones Industrial Average gained 112 points, or 0.4%, while the S&P 500 was up 0.5%. The tech-heavy […] 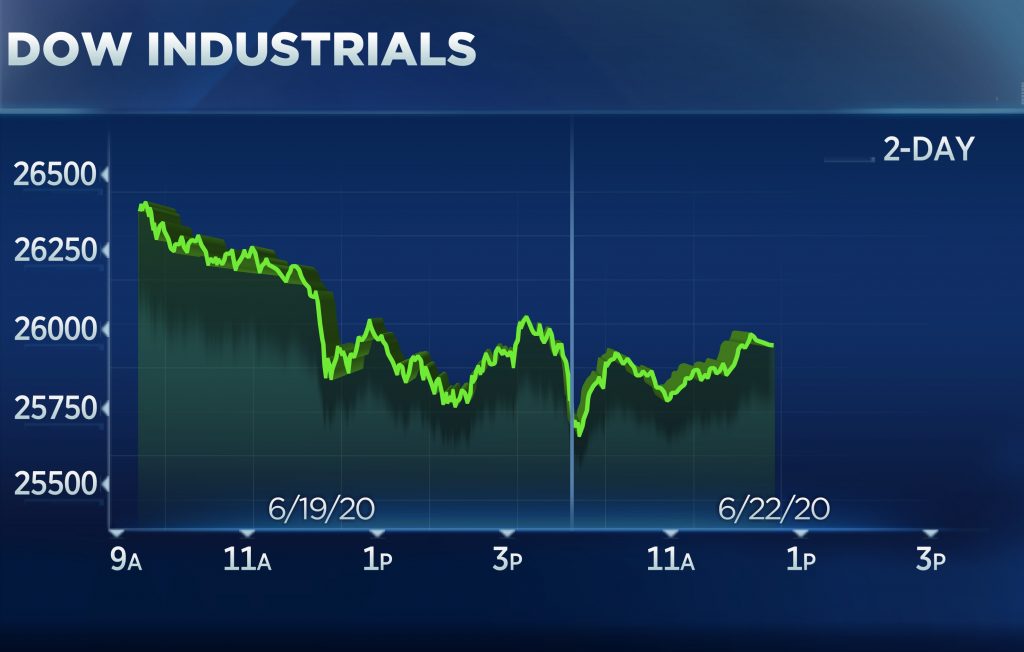