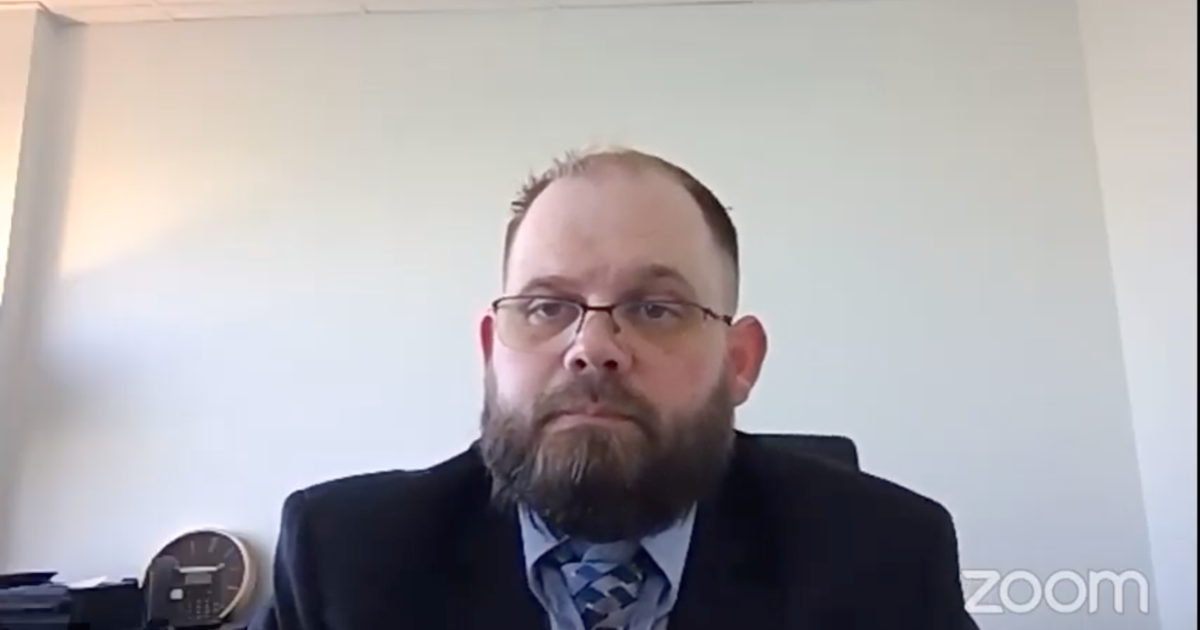 A former police officer who ignored a detainee’s cries for help when she fell head-first while hogtied in his patrol car will not get his job back, the Civil Service Commission in Aurora, Colorado, said Tuesday. The commission unanimously denied former officer Levi Huffine’s appeal of his termination, writing that he “blatantly disregarded” his detainee’s pleas for more than 20 minutes during the August 2019 incident.

The commission said in a six-page decision on Tuesday that “It is simply not acceptable to refuse to believe a detainee who is screaming for help — screaming ‘I can’t breathe; my neck is breaking,’ without making any effort to confirm that she is safe.”

“Huffine’s callous and intentional disregard for the safety and well-being of Ms. Kelly was so egregious that the ultimate sanction of termination was warranted,” the commission said.

Police Chief Vanessa Wilson said in a statement on Tuesday that Huffine’s “shocking disregard for Shataeah Kelly’s safety and security while in his custody was reprehensible.”

“Acts like his take away from my officers who every day make a positive difference in the lives of our community members and put their lives in danger to help others,” she said.

Wilson fired Huffine on February 6, overruling an internal police review board’s recommendation of a 180-hour suspension. She said that at a pre-disciplinary hearing before Huffine was fired, he “showed little remorse for his actions and more concern over the impact those actions might have on his career than the impact they had on Ms. Kelly’s well-being,” according to the commission’s report.

Huffine filed a petition with the commission to appeal his firing just under a month later. The commission held hearings last week where Huffine had the opportunity to plead his case.

The law firm of the attorney representing Huffine did respond to CBS News’ request for comment.

Huffine’s body cam footage of the arrest, made public during the hearing, showed 28-year-old Shataean Kelly being hogtied, also known as hobbled, and placed in the back of Huffine’s police vehicle after allegedly getting into a fight with another woman and attempting to escape from the back of the police car.

As Huffine drove the hobbled Kelly to jail, she slid head first into the floor of the car. She persistently screamed and cried for help during the roughly 21-minute car ride.

“I don’t want to die like this, officer. …I’m a good person I’m just under the influence,” Kelly said after falling, adding, “Please don’t let me die back here. …Master, I’ll be good.”

One of Huffine’s primary arguments at his hearing was that his “15 years of transporting prisoners” allowed him to tell when someone is faking an inability to breathe. Huffine cannot be seen or heard in the video acknowledging Kelly’s cries for help.

When asked by assistant city attorney Isabelle Evans, “So you think your experience is enough that you can tell whether someone’s faking it or telling the truth when they say they can’t breathe without looking at them?” Huffine responded, “Correct.”

That argument did not sway the commission, which wrote that “[Huffine’s] lack of response to Ms. Kelly’s predicament is particularly serious given [his] testimony about his extensive experience transporting prisoners.”

Huffine expressed remorse during the hearing, telling the commission, “That’s not me. I am not somebody who is out there to punish people. I’m sorry. It was a mistake, but I had no clue she was in an inverted position in the back seat of my car.”

But the commission found that “None of the other circumstances testified to by Petitioner, such as rush hour traffic, or obstructions in his vehicle, justified his inaction.”

During part of the hearing on Thursday, after initially saying that “there was no way” to see Kelly’s position after she fell down, Huffine told the commission that if he had turned around at one of the traffic lights he stopped at, he would have seen her feet in the air or at least seen that she was not where she should have been.

Huffine also told the commission that listening to detainees during transport is “essential,” and that his experience taught him that behavior like Kelly’s might indicate a problem.

The commission said that along with verbally berating and hobbling Kelly, and ignoring her pleas throughout the incident, he also “stacked unnecessary charges” against her.

Along with charging Kelly with assault and battery for getting in a fight, Huffine also charged her for how she interacted with him while in custody. Huffine charged Kelly with injury to property, abusive language or threats, altered or befowled property, and escape, which he later said should have been attempted escape.

The commission acknowledged Huffine’s history with the department in their ruling, noting that prior to this incident, the only formal discipline he received was a written reprimand and a 10-hour suspension in 2012 for undisclosed reasons.

But they also said that ultimately, his “total disregard” for his detainee’s health and safety was a “direct discredit” to him and the department.

“It reflects poorly on the Aurora Police Department that he was representing,” the commission said. “[Huffine’s] demonstration of inhumanity to Ms. Kelly will undoubtedly bring the Department into direct disrepute in the eyes of the public as the video of what transpired is viewed by more and more of the public.”

Putting hobbled individuals in the back of police vehicles is now against Aurora Police Department policy.

Read the commission’s full report below.

Wed Oct 7 , 2020
FILE PHOTO: U.S. President Donald Trump salutes as he poses without a face mask on the Truman Balcony of the White House after returning from being hospitalized at Walter Reed Medical Center for coronavirus disease (COVID-19) treatment, in Washington, U.S. October 5, 2020. REUTERS/Erin Scott/File Photo October 7, 2020 By […] 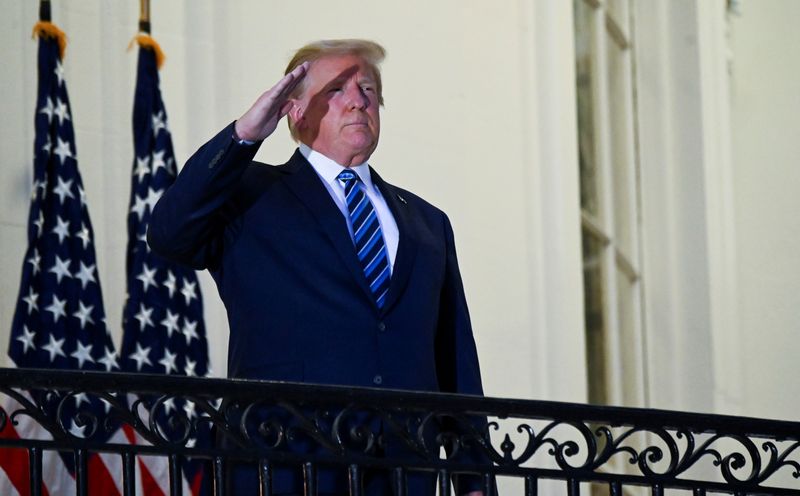