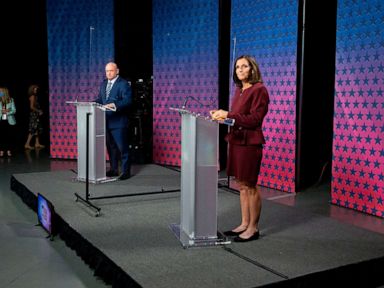 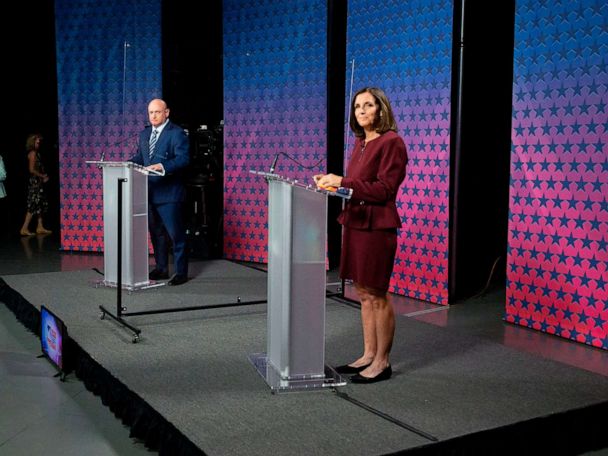 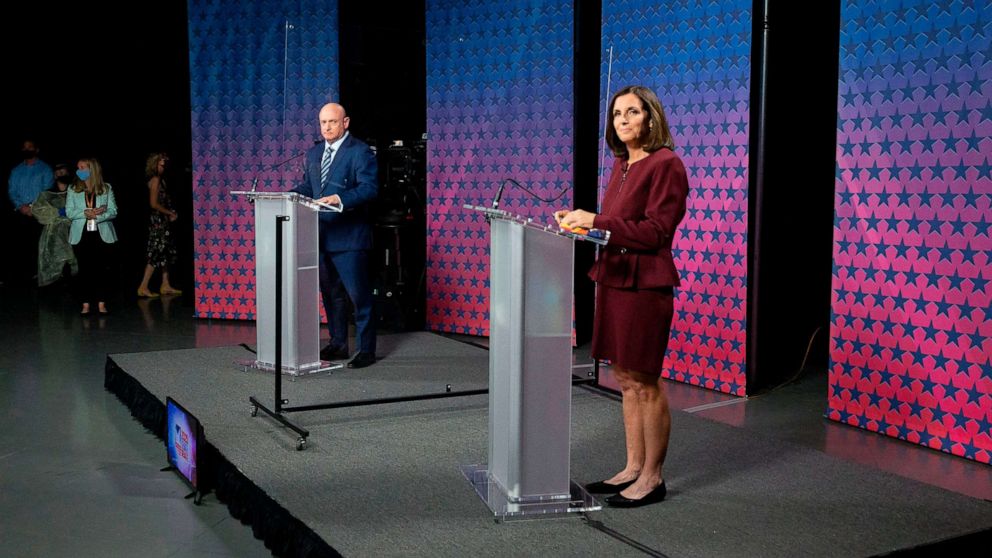 Social distancing and testing have also been employed as safety measures.

Prior to the one and only vice presidential debate between Vice President Mike Pence and Sen. Kamala Harris Wednesday night, the two campaigns squabbled over plexiglass partitions — physical barriers to separate two candidates who could not be further apart on the issues.

After President Donald Trump announced he had COVID-19 in the wee hours Friday morning, the Harris camp insisted on additional safety precautions. The candidates will be more than 12-feet apart at the high-takes face-off, and plexiglass was being installed on the debate stage Tuesday. And while the insistence on barriers was initially met with resistance by Pence’s team, candidates across some of the most crucial battlegrounds farther down ballot have been sparring with plexiglass between them in socially-distant debates in recent weeks.

In Maine, the four candidates on the stage late last month, including Sen. Susan Collins and Maine House Speaker Sara Gideon, were separated by plexiglass.

The candidates received negative COVID-19 tests prior to the debate.

In the first of three North Carolina’ debates in mid-September, plexiglass was not used, but Republican Sen. Thom Tillis and Democrat Cal Cunningham stood at podiums some 12-feet apart and wore masks into the studio until they were at a safe distance from each other and the moderator.

Tillis is one of three senators who has since tested positive for the coronavirus after an outbreak that has struck people associated with the White House.

In Iowa late last month, Sen. Joni Ernst and Democrat Theresa Greenfield shared a table with the moderators, with all the participants separated by plexiglass barriers.

Last week, although the hosts of the debate did not provide a plexiglass divider between Jaime Harrison, the first Black chairman of South Carolina’s Democratic Party, and incumbent Sen. Lindsey Graham, who are locked in a neck-and-neck race, Harrison brought his own.

It was an unusual move but Harrison felt it necessary to show how seriously he is taking the virus.

“Tonight I am taking it seriously,” Harrison said after sharing that his grand-aunt passed away in July in a nursing home by herself. “That’s why I put this plexiglass up. Because it’s not just about me — it’s about the people in my life that I have to take care of as well. My two boys, my wife, my grandmother. We need to make sure we’re addressing the issue here in South Carolina…let’s take this issue seriously.”

Both Harrison and Graham said they tested negative the day before the debate and those attending had to fill out a questionnaire saying they had no symptoms.

In Colorado, Sen. Cory Gardner and his Democratic opponent John Hickenlooper debated on Friday evening, less than 24 hours after the president announced he tested positive for the coronavirus.

Both candidates tested negative prior to the debate and were separated by plexiglass.

But in Kentucky, Senate Majority Leader Mitch McConnell is resisting efforts by his Democratic opponent, Amy McGrath, to receive a COVID-19 test before their Oct. 12 debate.

McConnell said he gets his health care advice from his doctor, not his rival — after he repeatedly refused to answer questions on Capitol Hill about whether he’s received a test after Trump revealed he was positive.

“I’m unaware where Amy McGrath went to medical school, but I take my health care advice from my doctor, not my political opponent,” he said in a statement. “At the end of the campaign season, it’s imperative for all of us to tune out erratic and uninformed campaign rhetoric and make health care decisions for ourselves based on CDC guidance and our health care professionals.”

Wed Oct 7 , 2020
October 7, 2020 By Karen Pierog CHICAGO (Reuters) – U.S. state and city leaders are grappling with whether to delay tough budget decisions in the wake of President Donald Trump’s shutdown of negotiations on a comprehensive stimulus package ahead of the Nov. 3 election. Democratic New York Governor Andrew Cuomo […]