Shares of Petco Health and Wellness shot up by more than 60% in their debut Thursday on the Nasdaq, reflecting Wall Street’s appetite for investing in the industry during the Covid pandemic-fueled pet boom.

Petco opened at $26, 44% above its IPO price, but the shares were recently trading at almost $30.

On Wednesday night, the company had priced its initial public offering at $18 to raise about $816.5 million, higher than the $14 to $17 expected price target. It’s trading under the ticker symbol WOOF.

The San Diego-based pet supply retailer was founded in 1965. It went public in 1994, but was taken private when its ownership changed hands. It has about 1,470 stores across the U.S. and Puerto Rico, including more than 100 in-store veterinary hospitals.

Petco’s customer base has grown during the pandemic, as more Americans adopt new dogs and cats or get other critters, like lizards and hamsters. The demand for pet supplies and accessories has also grown over the years as owners treat their pets as part of the family. That’s inspired them to spend more on toys and accessories and upgrade to fresh or organic food.

As families adopt and foster new pets, they’re buying supplies from dog beds and crates to leashes. Families who had dogs, cats, fishes or other creatures have tended to spend more, too, as they buy toys or treats to keep their pets and themselves entertained.

Yet it also faces stiffer competition. Online rival Chewy‘s shares have risen more than 250% in the past year. The company has a subscription-based model that automatically replenishes pet supplies for owners, such as dog food or cat litter. Barkbox, a provider of subscription boxes of dog treats, said last month that it will go public through a merger with a SPAC.

In an interview with CNBC’s “Squawk on the Street,” CEO Ron Coughlin said the company has competitive advantages over its rivals. He said it’s adding vet services to more of its stores, which tends to cause pet owners to buy supplies and food while they’re there. He said it can use its stores to fulfill online orders. And he said its same-day deliveries can beat competitors on speed and price.

Thu Jan 14 , 2021
OAN NewsroomUPDATED 11:06 AM PT – Thursday, January 14, 2021 On Wall to Wall, Greta spoke with Eddie Ghabour, co-owner of Key Advisors Group, to hear about his projections for the economy in 2021. MORE NEWS: Rep. Jordan: Impeachment ‘part of the obsession’ Democrats have with President Trump Free America […] 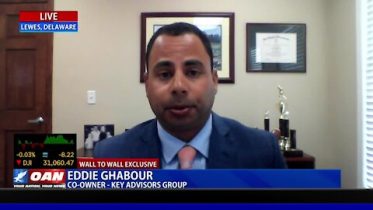