“If suspect fuel tubes are installed, the part will be removed and replaced. If known good fuel tubes are already installed, then those aircraft will be returned to flight status,” Joe DellaVedova, spokesman for the Pentagon’s F-35 office said adding that the inspections “are expected to be completed within the next 24 to 48 hours.”

A source close to the program confirmed that approximately 10 jets at Lockheed Martin’s facility in Fort Worth, Texas, have already completed inspection and are planning to prepare for flight operations later today.

While Lockheed Martin is the prime contractor for the F-35, the aircraft engine is manufactured by Pratt & Whitney and installed at Lockheed’s mile-long facility in Fort Worth.

“We are actively partnering with the Pentagon’s F-35 Joint Program Office, our global customers and Pratt & Whitney to support the resolution of this issue and limit disruption to the fleet,” Lockheed Martin said in a statement following the announcement.

The suspension was spurred by a crash last month in Beaufort, South Carolina, in which a then-unknown fault in one of Lockheed Martin‘s F-35B jets forced its pilot to eject from the cockpit.

The incident, which marked the first crash of an F-35 since the fifth-generation aircraft became operational in 2006, adds to the laundry list of challenges facing the U.S. military’s most expensive weapons system.

The “jack of all trades” fifth-generation fighter, valued at an acquisition cost of $406.5 billion, has been plagued with setbacks including faulty ejection seats, software delays and significant helmet-display issues.

There are currently more than 320 F-35 aircraft operating out of 15 bases worldwide.

Thu Oct 11 , 2018
Hurricane Michael slammed the Florida Panhandle as a Category 4 storm Wednesday, making it the strongest storm since Hurricane Andrew in 1992 to hit the continental U.S. The storm left destruction in its wake after coming ashore at the tiny town of Mexico Beach, Florida. Two deaths have been reported, […] 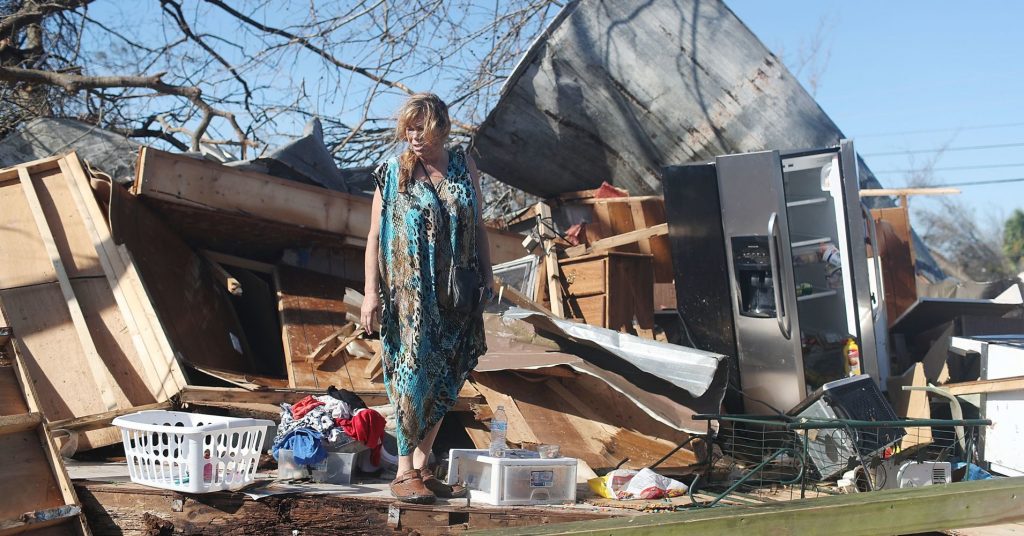