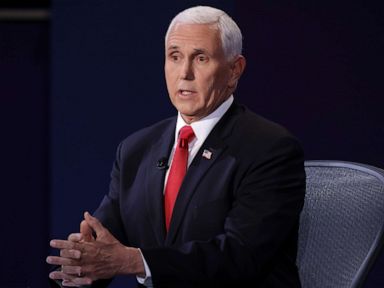 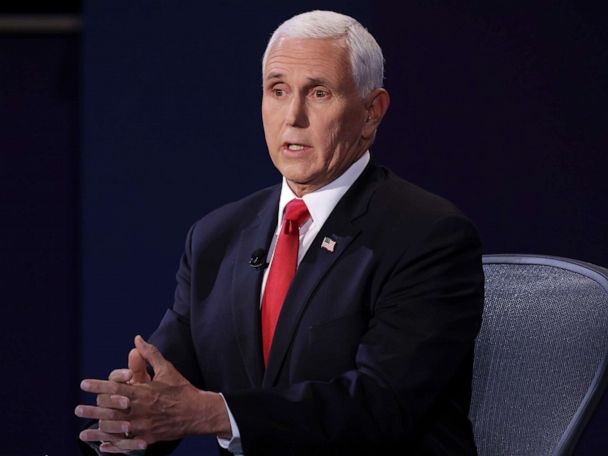 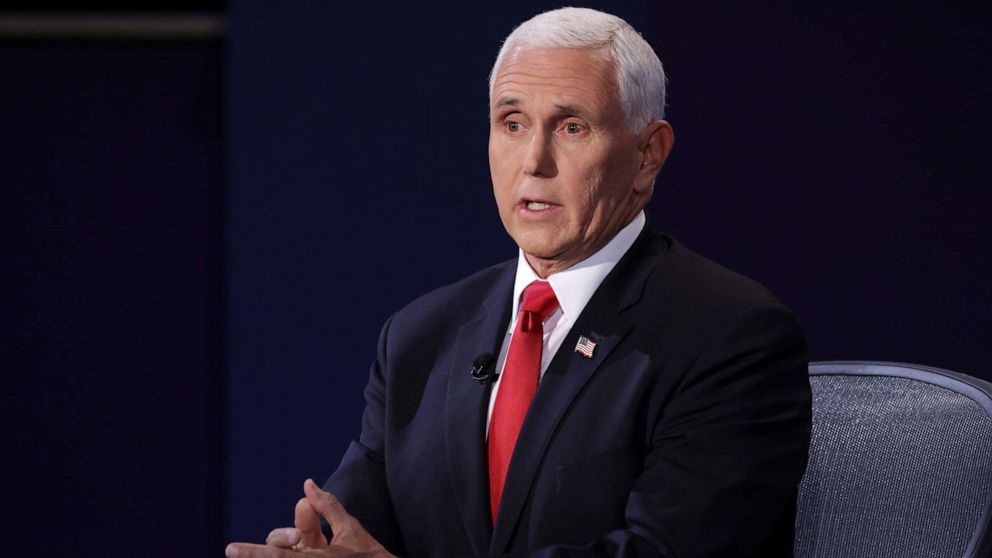 At the vice presidential debate on Wednesday night, Mike Pence touted what the Trump administration had announced hours earlier: Two ISIS guards responsible for the gruesome killings of four Americans were finally being “brought to justice in the United States,” appearing in a federal courtroom to face federal terrorism, murder and kidnapping-related charges.

It was a significant turnabout for Pence and President Donald Trump himself, who years earlier chastised the Obama administration for seeking to prosecute international terrorists in American civilian courts and more recently vowed to have the U.S. military – rather than the Justice Department – prosecute terrorists captured overseas.

“We can’t treat terrorists like common criminals,” Trump insisted two years ago, claiming his efforts to revive the military detention facility at Guantanamo Bay, Cuba, were “another promise kept.”

Similarly, in November 2009, Pence declared that “trying terrorists like ordinary criminals puts international public relations ahead of public safety and makes a mockery of American justice.”

Pence was responding to the Obama administration’s decision days earlier to prosecute 9/11 plotter Khalid Sheikh Mohammed and four alleged coconspirators in a U.S. civilian court in New York City – a move Pence described as “the most naive and dangerous decision I have ever witnessed the United States government make.”

Over the next year, Pence repeated such sentiments several times at public events.

That Pence and others in the Trump administration would now tout the use of civilian courts to prosecute terrorism suspects underscores how national security matters are far more complicated than political attacks from either side of the aisle might suggest, and how those political attacks can significantly alter the U.S. government’s fight against terrorism.

“[Wednesday’s announcement] does seem to be inconsistent with the political rhetoric that has come out of the Trump administration,” John Cohen, the Department of Homeland Security’s counterterrorism coordinator under the Obama administration, told ABC News. “That said, it is consistent with how counterterrorism and law enforcement professionals view the long-term approach to dealing with international terrorists.”

When then-Attorney General Eric Holder announced the November 2009 decision to prosecute the accused 9/11 plotters in a U.S. civilian court, Holder called it “a significant step forward … to bring justice to those individuals who have conspired to attack our nation and our interests abroad.” But a Republican-led backlash ultimately forced the Obama administration to reverse its decision and send the case to a military tribunal at Guantanamo Bay.

Now, more than a decade later, the military trial has yet to begin, delayed by years of legal wrangling in the military’s relatively untested justice system.

“Had we gone along the path that I announced at that time … the defendants would be on death row as we speak,” Holder said in late 2013. “I think this is an example of what happens when politics gets into matters that ought to be simply decided by lawyers and by national security experts.”

In 2012, when Mohammed and his alleged coconspirators staged a public protest during a pre-trial hearing at Guantanamo Bay, Trump said using a civilian court to prosecute terrorists would have been “much worse.”

In fact, he suggested during a Fox News interview at the time that the U.S. government should treat terrorism suspects the same way he thought the Chinese government did: “It takes 24 hours. You see what happens over there, they catch somebody and … they’re gone. I mean, they’re killed, they’re not just put in a prison.”

On the presidential campaign trail four years later, Trump promised to “fill up” the facility at Guantanamo Bay.

“We will … keep open Guantanamo Bay, and place a renewed emphasis on human intelligence,” Trump said in August 2016, suggesting the FBI and Justice Department are not as capable as the military at eliciting information from terrorism suspects.

FBI and Justice Department officials have long disputed that charge. And in November 2017, the newly-installed Trump administration announced that the Justice Department – not the U.S. military – would be prosecuting a man from Uzbekistan who a month earlier drove a rental truck down a New York City walkway and bike path, killing eight people in an ISIS-inspired attack.

“Would love to send the NYC terrorist to Guantanamo but statistically that process takes much longer than going through the Federal system,” Trump tweeted at the time.

It’s unclear whether “the NYC terrorist,” a U.S. legal permanent resident, could have legally been transferred to military custody in the first place.

“We can’t treat terrorists like common criminals. They are really unlawful enemy combatants,” he said after signing the order. “We can’t treat them the way we do the ordinary criminal.”

Under the Trump administration so far, however, no terrorism suspect has been brought to Guantanamo Bay for detention or prosecution. Neither the White House nor Pence’s office immediately responded to an email seeking comment for this article.

On Wednesday, hours before Pence faced Democratic vice presidential candidate Kamala Harris in their only debate before next month’s election, the Trump administration announced that the two ISIS guards “will now be brought before a United States court to face justice for the depraved acts alleged against them.”

The Trump administration had encountered challenges in extraditing the pair to the United States due to international concerns over the death penalty.

As four former British citizens with English accents, Kotey, Elsheikh and two other ISIS militants involved in the kidnappings came to be known as “The Beatles.”

According to the FBI, Kotey and Elsheikh took part in “a litany of heinous and barbaric crimes,” including the gruesome beheadings of Foley, Sotloff and Kassig, which were videotaped and then shown in ISIS propaganda videos released online.

U.S. officials and Mueller’s own family say that before her death in 2015, Mueller was subjected to brutal sexual assaults by ISIS leader Abu Bakr al-Baghdadi, who was killed by a U.S. airstrike late last year.

Kotey and Elsheikh were captured in January 2018 by the Syrian Democratic Forces as they tried to enter Turkey from Syria, but a dispute with British authorities over whether they could face the death penalty inside the United States hampered Trump administration efforts to extradite them.

Earlier this year, the Trump administration assured the British government that Korey and Elsheikh would not face the death penalty if they were transferred to U.S. custody, clearing the way for their extradition to the United States.

Kayla Mueller’s parents spoke in support of Trump’s reelection during the Republican National Convention last month, and they were in the audience at Wednesday’s vice presidential debate.

A federal grand jury in the U.S. District Court for the Eastern District of Virginia has now indicted Kotey and Elsheikh on several counts of terrorism, kidnapping, and murder-related charges, and each could face life in prison if convicted.

Cohen, now an ABC News contributor, said the use of Guantanamo Bay in the wake of the 9/11 attacks was a short-term response to a global threat “that we did not fully understand” and were “not fully prepared to deal with” at the time.

But the U.S. counterterrorism community has undergone “a maturation” since then, increasingly relying on civilian courts to prosecute terrorism suspects, according to Cohen, who also served in the Director of National Intelligence’s office under the George W. Bush administration.

“The idea that the United States government would maintain a permanent site for incarcerating people for the rest of their lives without any type of due process is inconsistent with the very foundation of what this country stands for,” Cohen said. “That’s just how our system works.”

Thu Oct 8 , 2020
October 8, 2020 PARIS (Reuters) – When Sofia Kenin was double-bageled three weeks ago by Victoria Azarenka in her only claycourt match in the build-up to the French Open her prospects looked as gloomy as the weather at Roland Garros this past fortnight. That 6-0 6-0 defeat in Rome simply […]