Claims spreading online say House Speaker Nancy Pelosi used expensive pens, or ones made of gold, to sign the articles of impeachment against President Donald Trump. Actually, the pens, which are made mostly of brass, have a suggested retail value of about $20.

Various claims about the pens that Speaker of the House Nancy Pelosi used to sign the articles of impeachment against President Donald Trump have been circulating on Facebook. Some of the posts say the pens:

None of that is true.

The pens are made by Garland Writing Instruments in Coventry, Rhode Island. The suggested retail price per pen is about $20, but it varies depending on how many are purchased.

Also, Garland doesn’t sell its promotional pens directly to consumers, the company’s president and owner, Rick Becker, told FactCheck.org in an interview. Rather, it sells them through third-party distributors who may offer discounts, so we don’t know exactly how much they cost.

Pelosi’s deputy chief of staff, Drew Hammill, told us in an email that “the cost per pen is just under $15.”

The pens, which were engraved with Pelosi’s signature, are made of brass with a thin plating that includes some gold, Becker said, explaining that any pen costing $20 won’t include much gold.

It’s not only Pelosi who has used Garland pens. Becker said that his company has filled orders for the White House under both Trump and former President Barack Obama. However, Trump also has reportedly used gold-plated Cross pens to sign executive orders, after which he’s followed tradition and distributed the pens as souvenirs.

Pelosi used 30 pens to sign the articles of impeachment before handing them out to other House Democrats. That would make the total cost about $450, if the pens cost $15 each, as Hammill said.

Fri Jan 24 , 2020
“Do The Right Thing” actress Rosie Perez is set to testify Friday afternoon at Harvey Weinstein’s trial to back up fellow screen star Annabella Sciorra’s allegation that Weinstein raped her in the mid-1990s. Over objections from Weinstein’s lawyers, judge James Burke decided Friday to let Perez take the stand. Sciorra told […] 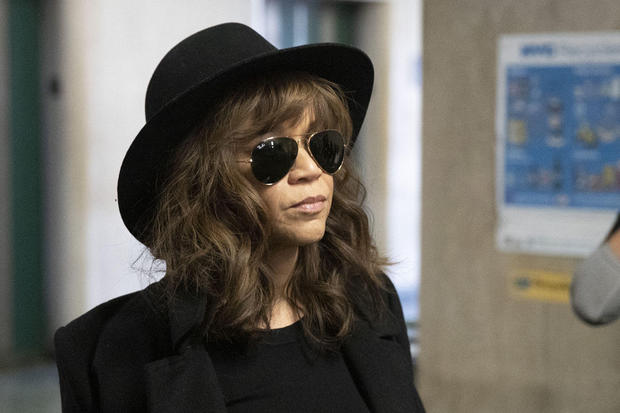