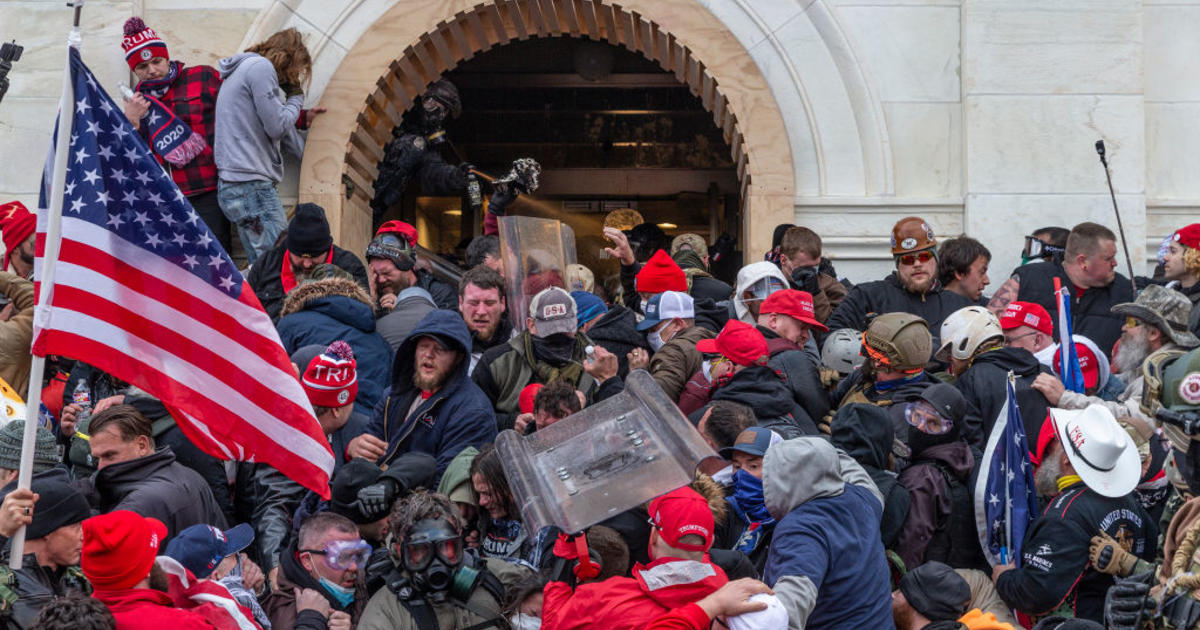 Washington — The House will vote Wednesday on legislation to establish a bipartisan commission to investigate the January 6 attack on the U.S. Capitol, amid growing opposition from Republicans who object to the proposed structure and scope of the panel. The bill, which was negotiated in part by a GOP congressman, is expected to pass with support from the narrow Democratic majority and some more moderate Republicans.

But Senate Minority Leader Mitch McConnell announced his opposition to the bill on Wednesday morning, in what could be a death knell for bipartisan efforts to create a commission. Bills require 60 votes to advance in the Senate, which is evenly divided. Unless 10 Republicans agree to support the creation of a commission, the legislation would die in the upper chamber.

“After careful consideration, I’ve made the decision to oppose the House Democrats’ slanted and unbalanced proposal for another commission to study the events of January 6,” McConnell said in a speech on the Senate floor.

Republican Congressman John Katko was heavily involved in formulating the deal, which made two significant concessions to Republicans: the panel would be evenly divided between members appointed by Democrats and Republicans, and the GOP-appointed commissioners would have veto power over any subpoena.

Katko defended the bill in a speech ahead of the vote, saying that “an independent, 9/11 style review is critical to removing the politics” surrounding the events of January 6.

Democratic Congressman Bennie Thompson and Katko, respectively the chair and ranking member of the House Homeland Security Committee, reached a deal late last week on legislation to create a bipartisan panel to investigate the assault by a violent mob of Trump supporters.

But it would also be narrowly focused on January 6, and some Republicans have argued the panel should also examine violence that occurred last summer related to protests against racism and police brutality.

House Minority Leader Kevin McCarthy announced his opposition to the bill on Tuesday, and Minority Whip Steve Scalise sent a memo urging Republican members to vote against it, arguing that the scope of the bill was too narrow and had the potential to interfere with other ongoing investigations.

However, the bipartisan House Problem Solvers Caucus voted to endorse the bill late Tuesday, indicating that some Republicans will be willing to break with GOP leadership to support the legislation. The group requires three-quarters of its 58 members — 29 Democrats and 29 Republicans — to endorse a bill, meaning that at least 15 Republicans from the group are likely to support it.

Ten House Republicans, including Katko, voted to impeach Mr. Trump, and most of these members are expected to support the legislation creating a commission.

“If we avoid confronting what happened here just a few short months ago, we can be sure that intimidation, coercion , and violence will become a defining feature of our politics,” said Congressman Peter Meijers, one of the Republicans who voted to impeach Mr. Trump, in a speech on the House floor ahead of the vote.

Speaker Nancy Pelosi argued in a press conference Wednesday that Democrats had made sufficient concessions to Republicans, and said “we wouldn’t budge on the purpose to examine what happened on January 6.”

“Congress has a clear and urgent responsibility to come to the truth of what happened and ensure that this can never happen again,” Pelosi said. She added that she was willing to take a more partisan route in investigating the events of January 6 if Republicans did not cooperate, meaning that she could call hearings with the Democratic-led committees issuing subpoenas.

“I certainly could call for hearings in the House with a majority of the members being Democrats with full subpoena power with the agenda being determined by the Democrats, but that’s not the path we have chosen to go,” Pelosi said.

Although McCarthy and other Republicans have also claimed that the deal was reached without enough bipartisan outreach, Thompson said in the press conference with Pelosi that he and Katko had communicated with leadership throughout the negotiation.

Despite opposition from McConnell and many House Republicans, some Republican senators seem willing to consider the legislation. Senator Bill Cassidy told reporters Tuesday that he disagreed with McConnell that the commission was “slanted,” and said he was “inclined to support it.” Senator Susan Collins, a moderate Republican, said she would “like to modify” the current plan to ensure that there was equal partisan balance among commission staff and that the panel’s work would be done by the end of the year.

“I do think that a commission is a good idea,” Collins told reporters on Wednesday. Collins and Cassidy were among the seven Republican senators who voted to convict former President Trump of incitement of insurrection in his impeachment trial in February.

“There are some of our members who I think obviously have an interest in seeing a commission go forward. Others who, I think, believe it will be counterproductive because of the work that’s already been done, and that it could be weaponized politically and drag into next year,” Senate Minority Whip John Thune told reporters about caucus-wide support for the commission. The text of the bill explicitly requires the commission to issue a final report by the end of the year, meaning that it would not extend into the next year.

Some Republican senators have argued that the public is ready to move on from January 6, implying that a commission is unnecessary.

“I think most people, not just Republicans, consider January 6 to be over. It was an egregious incident, but we had a lot of them last year,” GOP Senator John Kennedy said on Wednesday.

Regardless of whether the bill gets sufficient Republican support, Democratic Senate Majority Leader Chuck Schumer has pledged he would bring it to the Senate floor for a vote. In a speech on the Senate floor on Wednesday, Schumer slammed Republicans for continuing to stand with Mr. Trump despite his repeated false claims that the election was stolen.

“Shame on the Republicans for choosing the big lie over the truth — not all Republicans, but the majority who seem to be doing it,” Schumer said. “The American people will see for themselves whether our Republican friends stand on the side of truth or on the side of Donald Trump’s big lie.”

More than 100 House Republicans, including McCarthy, voted against certifying the results of the election in several states just hours after the riot on January 6. Mr. Trump remains popular among Republican voters, and McCarthy is focused on retaking the House in the 2022 midterm elections. Creating a commission could anger the former president and his supporters, a political risk ahead of a critical election.

Mr. Trump said he opposed the commission in a statement on Tuesday evening, calling it a “Democrat trap.”

“Republicans must get much tougher and much smarter, and stop being used by the Radical Left. Hopefully, Mitch McConnell and Kevin McCarthy are listening!” Mr. Trump said.

The mob of Trump supporters which attacked the Capitol on January 6 sought to overturn the results of the presidential election. The siege resulted in five deaths and hundreds of injuries, as well as significant physical damage to the building itself.

The family of U.S. Capitol Police Officer Howard Liebengood, one of two Capitol Police officers who died by suicide in the aftermath of the attack, said in a statement that they supported the creation of a commission.

“We believe a thorough, non-partisan investigation into the root causes of and the response to the January 6th riot is essential for our nation to move forward. Howie’s death was an immediate outgrowth of those events. Every officer who worked that day, as well as their families, should have a better understanding of what happened,” Liebengood’s family said. “We implore Congress to work as one and establish the proposed Commission.”

The bill up for a vote Wednesday would create a commission similar to the panel created after the 9/11 terrorist attacks to study the “facts and causes” of the attack “as well as the influencing factors that may have provoked the attack on our democracy,” according to a fact sheet on the legislation.

The commissioners would be required to have “significant expertise in the areas of law enforcement, civil rights, civil liberties, privacy, intelligence, and cybersecurity,” and could not be current government employees or officers. Like the 9/11 commission, the panel would have the authority to issue subpoenas, but only upon the agreement of the chair and vice chair or a majority vote by all the commissioners.

Although some Republicans have balked at a provision in the bill to have the chair of the commission — a Democratic appointee — hire the staff for the panel, that language is modeled after the bill establishing the 9/11 commission. The bill creating the 9/11 panel, which passed in the Senate by a vote of 90 to 8, also had the commission chair appointing staff members.

The January 6 commission would be required to submit a report of its findings, “along with recommendations to prevent future attacks on our democratic institutions,” by December 31.

Meanwhile, the chair and vice chair of the 9/11 commission came out in support of the legislation on Wednesday.

“The January 6 attack on the U.S. Capitol was one of the darkest days in the history of our country. Americans deserve an objective and an accurate account of what happened. As we did in the wake of September 11, it’s time to set aside partisan politics and come together as Americans in common pursuit of truth and justice,” former Governor Tom Kean and former Congressman Lee Hamilton said in a statement. 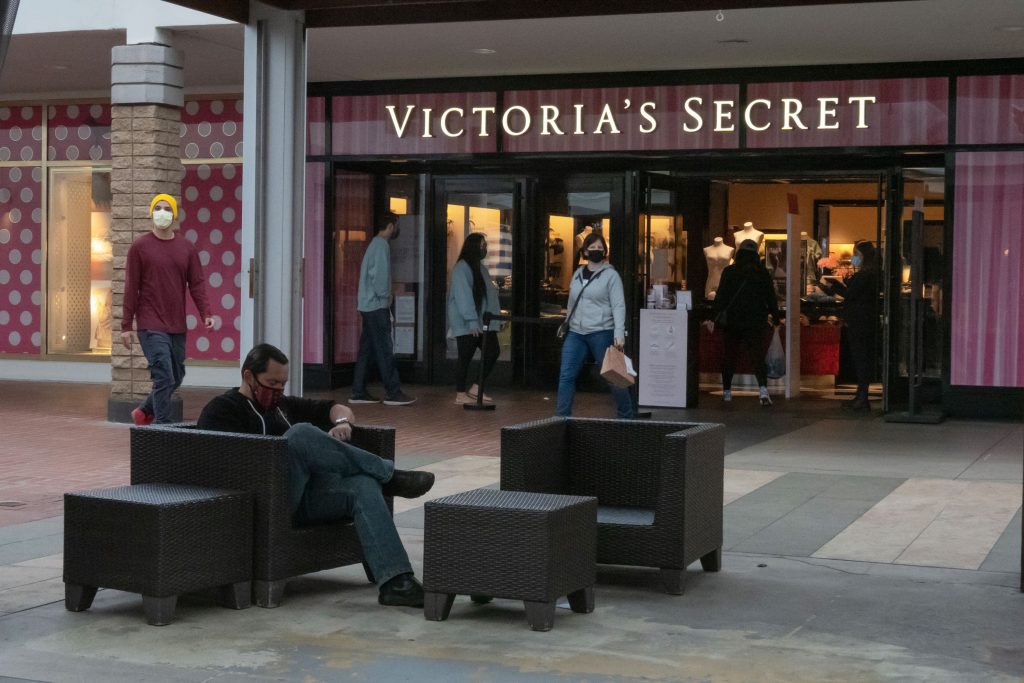