U.S. House Speaker Nancy Pelosi adjusts her face mask as she announces her plans for Congress to create a “Commission on Presidential Capacity to Discharge the Powers and Duties of Office Act,” after U.S. President Donald Trump came down with coronavirus disease (COVID-19), during a Capitol Hill news conference in Washington, U.S., October 9, 2020. REUTERS/Carlos Barria

By David Morgan and Susan Heavey

Mnuchin floated a new proposal in a 30-minute Friday afternoon phone conversation, but Pelosi aide Drew Hamill said it lacked a broad plan to contain the pandemic. Talks will continue, he said.

“We are still awaiting language from the administration as negotiations on the overall funding amount continue,” Hamill said on Twitter.

The new package carried a price tag of $1.8 trillion, according to the Wall Street Journal, up from an earlier $1.6 trillion White House offer and closer to the $2.2 trillion that Pelosi has floated.

White House spokeswoman Alyssa Farah said the administration wanted to keep spending below $2 trillion but was eager to enact a fresh round of direct payments to American individuals as well as aid to small businesses and airlines.

“We want to think that the Speaker is operating in good faith and we can have some progress in the near future,” Farah said.

It was the third straight day of talks between Pelosi and Mnuchin this week.

Optimism over a possible agreement raised U.S. stock prices and set the stage for the second straight weekly market gain on Wall Street.

But Senate Majority Leader Mitch McConnell, the top Republican in Congress, said he doubted lawmakers would pass a package before the Nov. 3 presidential election, though he has not directly participated in the talks.

“The proximity to the election and the differences of opinion over what is needed at this particular juncture are pretty vast,” McConnell told a news conference in his home state of Kentucky.

Senate Republicans have warned that they might not support a package near the $2 trillion mark.

Republican President Donald Trump, who initially withdrew from the negotiations this week only to regain interest in forging a bipartisan accord, said he was open to a larger deal.

“I would like to see a bigger stimulus package, frankly, than either the Democrats or the Republicans are offering,” he said in an interview with conservative radio talk show host Rush Limbaugh.

In an MSNBC interview, Pelosi emphasized the need for aid for state and local governments to help pay salaries for police, healthcare workers and other first responders.

That has proven to be a major dividing line throughout months of negotiations. The pandemic has infected at least 7.6 million people in the United States and killed more than 212,000.

Fri Oct 9 , 2020
Republicans and Democrats are trying to move closer to passing a second round of stimulus before the election.  The White House took an aid offer believed to be for $1.8 trillion to Democrats on Friday to help get a bill approved before Nov. 3. The House earlier this month passed a […] 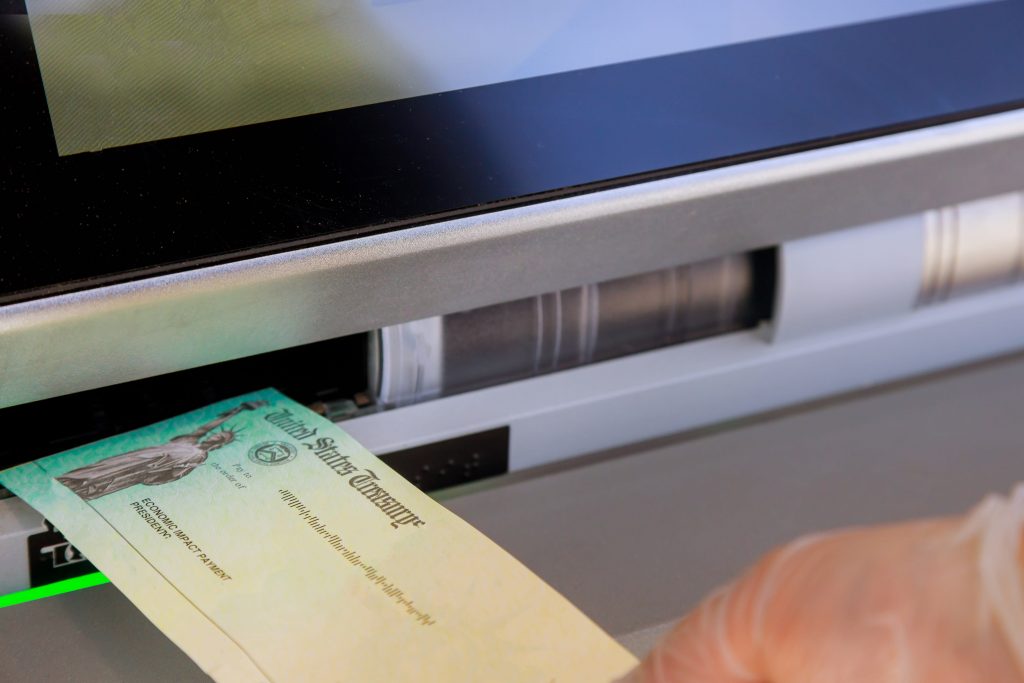