House Speaker Nancy Pelosi has not taken money away from Social Security in order to fund the impeachment inquiry into President Donald Trump.

That hoax is the product of America’s Last Line of Defense, a self-described “satirical” publication whose viral headlines across a network of websites often deceive social media users. Its story was published Oct. 4 on one its websites, potatriotsunite.com, with the headline, “Pelosi Diverts $2.4 Billion From Social Security To Cover Impeachment Costs.”

Observant users who clicked through to the full story might have noticed the many tags littered throughout the page indicating its fictitious nature: A banner at the top of the website, for example, reads, “Potatriots unite for satire, ridicule and mockery.”

But it appears many did not. More than two dozen people emailed FactCheck.org inquiring about whether the claim was true, and the story has been shared more than 100,000 times on Facebook, according to CrowdTangle data.

The bogus story appeared in political Facebook groups supportive of Trump — such as “The Common Thread (C) – Trump – Pence 2020,” “People who support President Trump,” and “Deplorables for Trump” — where it was often met by outrage.

One user opined: “This is nothing new..Pelosi and the Democrats think all the US money is theirs..to do whatever they want to at any whim. Only a Revolution..as distasteful as it sounds, on it’s face, maybe the only way to save our Country…The Politicians can’t or won’t do it….It’s coming…fasten your seatbelt.”

Another wrote: “ENOUGH!!!!!!! NO ONE IS SUPPOSED TO TOUCH THAT MONEY!!!! THAT’S ALL AMERICAN CITIZENS WHO PAID INTO IT EVERY PAYCHECK SINCE DAY ONE! AND THEIR EMPLOYERS MATCHED THE AMOUNT WE PAID INTO IT! IT’S OUR SAVINGS ACCOUNT FOR RETIREMENT!!! WHO Authorized that!!!!!???????”

And Social Security benefit payments are considered “mandatory spending” and are not subject to the annual appropriations process.

We do not know how much the impeachment inquiry proceedings against Trump will ultimately cost.

The Associated Press, citing records at the time, reported in 1999 that the five-month impeachment proceedings against former President Bill Clinton cost about $1.2 million — or nearly $1.9 million in today’s dollars, when adjusted for inflation.

Fri Oct 11 , 2019
Boeing Chief Executive Dennis Muilenburg speaks during a press conference after the annual shareholders meeting at the Field Museum on April 29, 2019 in Chicago, Illinois. Boeing announced earnings fell 21 percent in the first quarter after multiple crashes of the company’s bestselling plane the 737 Max. (Photo by Jim […] 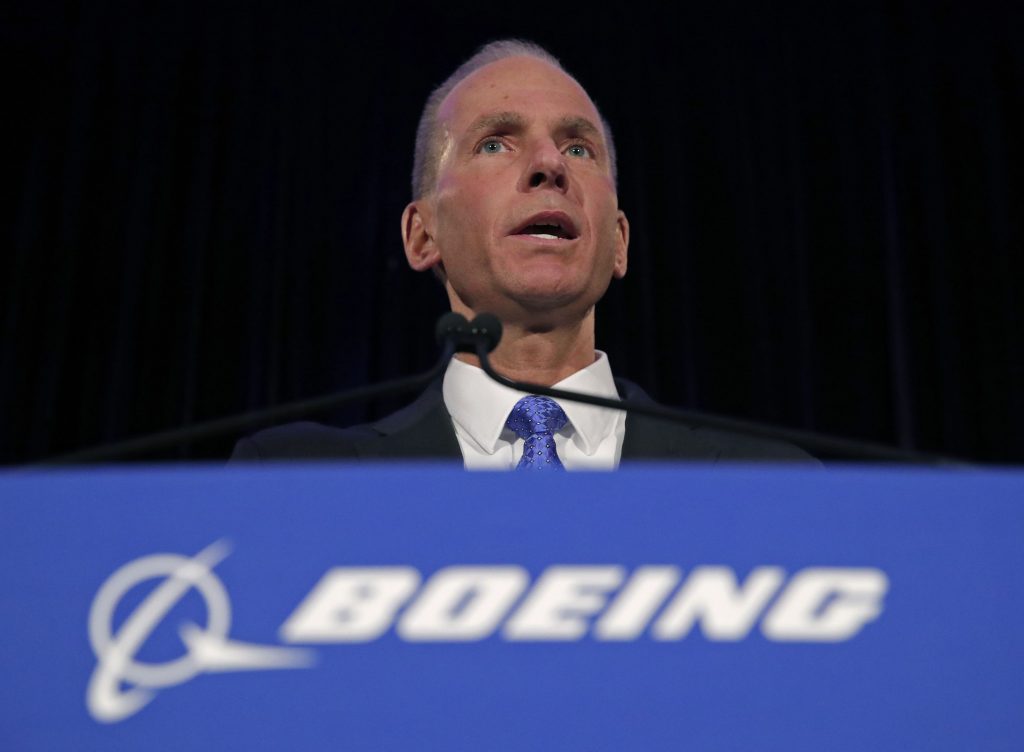