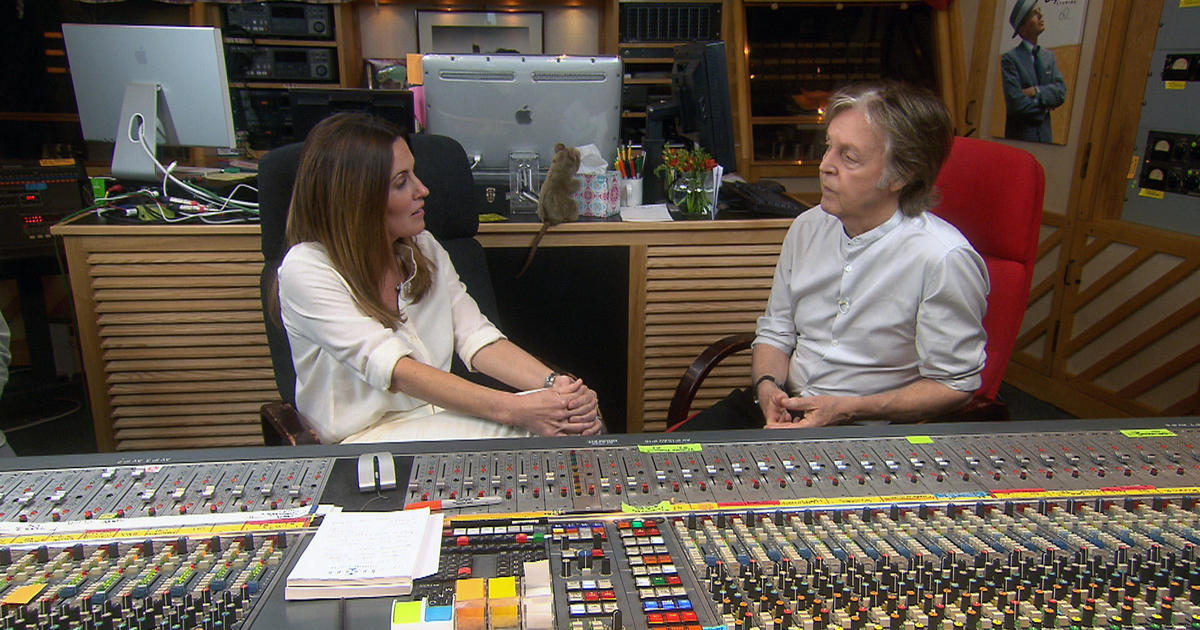 It took 50 years, but fans will find it well worth the wait. Sir Paul McCartney appears in his first 60 Minutes profile, a report containing surprisingly intimate moments in which he shares rare details from the Beatles years and his subsequent decades as the most successful musician in popular music history. Sharyn Alfonsi’s interview with McCartney will be broadcast on the 51st season premiere of 60 Minutes, Sunday, September 30 at 7:30 p.m. ET and 7:00 p.m. PT on CBS.

Alfonsi interviewed McCartney as he prepared to tour for his new album, “Egypt Station.” It’s also a few weeks away from the 50th anniversary of the band’s classic album, “The Beatles,” known as “The White Album.” The 76-year-old music legend, who is credited with 29 number-one songs, was candid when she asked him if he and John Lennon ever complimented each other on their songwriting skills.

“Once,” McCartney tells Alfonsi, “Once John gave me a compliment. It was only once the whole time.”  It was for a song on the band’s 1966 album “Revolver.” “It was ‘Here, There and Everywhere,’ [it] was one of my songs on [Revolver]… John says just as it finishes, ‘That’s a really good song, lad. I love that song.’ And I’m like, ‘Yes! He likes it!'”

McCartney tells Alfonsi he and Lennon were quite competitive at their songwriting, a one-upmanship collaboration that spurred some of the biggest hits in popular music history.  Lennon’s compliment was felt deeply. “I’ve remembered it to this day,” he says, “It’s pathetic, really.” Even with the fierce rivalry, McCartney says he would give Lennon credit. “I would tell him his stuff was great. You’d normally have to be a little bit drunk. It helped,” he says with a smile.

Alfonsi and her 60 Minutes crew spent two days with McCartney at his recording studio in the south of England. In two interviews, McCartney waxes nostalgic about the band’s last concert, a live session atop the Apple Building’s roof in London. He also tells Alfonsi the stories behind rare photos such as those taken on the set of the famous Abbey Road album cover shoot and another one of him and Lennon that he calls, “Very special for me…We’re obviously just two mates.”

Wed Sep 26 , 2018
President Donald Trump is touting the growing confidence of the all-important American consumer, citing its rise toward an 18-year high as evidence of his administration’s economic achievements. “A big jump from last 8 years,” he tweeted on Wednesday. “People are excited about the USA again! We are getting Bigger and Richer […] 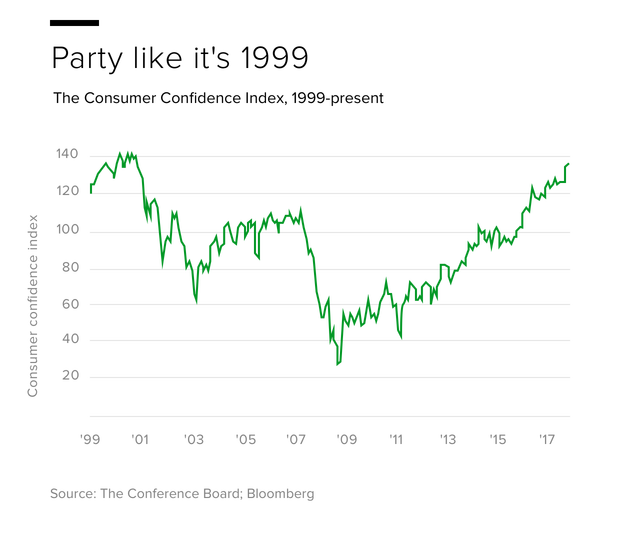