Yellow tape marks bullet holes on a tree and a portrait and flowers create a makeshift memorial on o May 19, 2022, at the site where Palestinian-American Al-Jazeera journalist Shireen Abu Akleh was shot and killed in the West Bank city of Jenin. The Palestinian Authority on Saturday, July 2, 2022, said it has given the bullet that killed Al Jazeera journalist Shireen Abu Akleh to American forensic experts, taking a step toward resolving a standoff with Israel over the investigation into her death. (AP Photo/Majdi Mohammed)

The US State Department is not picking a side in the investigation into the death of Palestinian-American Al-Jazeera journalist Shireen Abu Akleh. In a statement released on Monday, spokesperson Ned Price claimed after looking at the findings from Israeli and Palestinian Authority reports, the bullet that killed AbuAkleh likely came from a troop with the Israel Defense Forces. However, he stressed the killing was likely unintentional.

In May, Abu Akleh was killed while covering an Israeli raid in the West bank, but Palestinian witnesses claim the raid was unwarranted and the death did not need to happen. However, ballistic experts say the bullet was badly shattered and could not be traced to an individual shooter.

Additionally, Israeli officials said the raid was a part of a complex battle between Israeli forces and Palestinian militants. They urged the public not to jump to any conclusions while the conclusion is still uncertain.

“It is important to emphasize that during this operational event, like in many others, hundreds of bullets were fired at IDF (Israeli Defense Force) troops, which responded with firepower of their own, only in the direction of the sources of the shooting,” stated Benny Gantz, Israeli Defense Minister. “The first to bear responsibility in such events, are the terrorists who operate from within population centers.”

Meanwhile, officials within the Palestinian Authority decried the State Department’s stance while arguing it weakens the Biden administration’s credibility as a beacon of freedom of press. Critics further claimed only Israeli troops fired shots during that raid and will seek an investigation by international organizations.

In the meantime, Israeli officials maintain they are committed to finding the truth about who killed Abu Akleh. The State Department is urging investigators from Israel and the Palestinian Authority to come together and cooperate on further investigations. It promised to monitor those bilateral actions.

The Biden administration has come under scrutiny for weakening the staunch pro-Israel position of the Trump administration by sending more economic aid to Palestine, resources critics say could fall into the hands of terrorists in the region.

Wed Jul 6 , 2022
Attorney Rob McDuff, left, an attorney representing the Jackson Women’s Health Organization, argues on behalf of the state’s only abortion clinic, for a lawsuit filed by them to remain open by blocking a law that would ban most abortions in the state, before Special Chancellor Debbra K. Halford, right, in […] 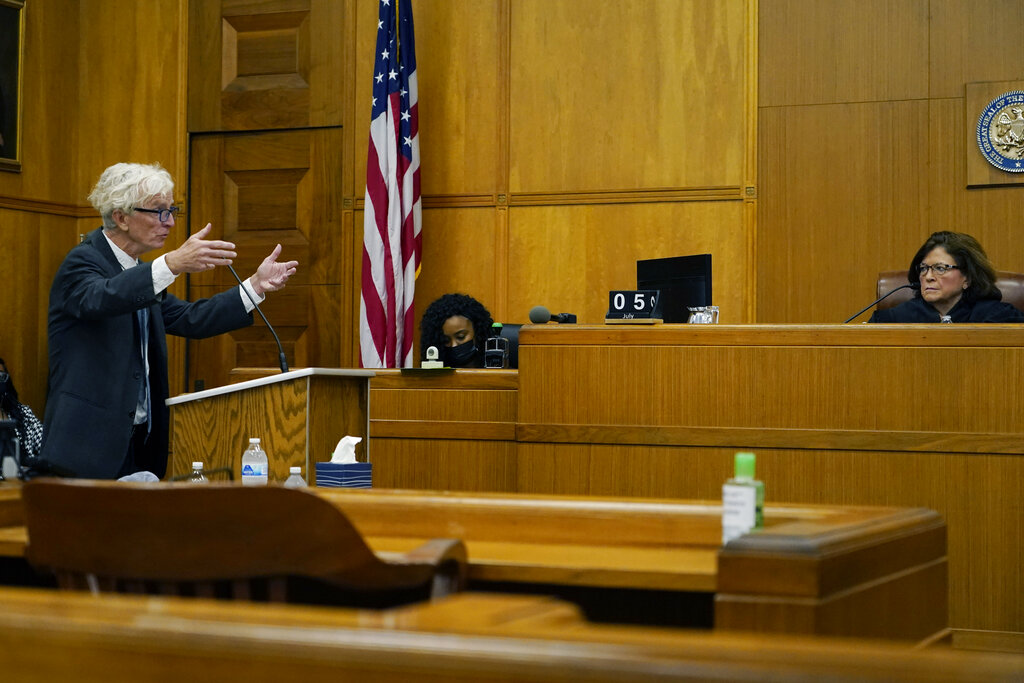