Karp made the comments in an interview with CNBC’s Wilfred Frost as part of an event hosted by The Executives’ Club of Chicago. The remarks were later aired on CNBC’s “Closing Bell.”

“We told the Wall Streeters that we will focus on building the long-term health of our company, that we are going to invest in our product development and in our clients, and you just have to battle it out with them,” said Karp, also a Palantir co-founder. The developer of data analysis software went public via a direct listing in September after nearly two decades as a private company.

Not everyone on Wall Street has such a short-term focus, Karp acknowledged. Nevertheless, he said it remains “one of the most destructive, corrosive attributes of an otherwise interesting and largely functioning system.”

Investors have not shied away from Palantir’s stock since its debut on the New York Stock Exchange. Shares of Palantir closed at $25.60 on Tuesday, a gain of nearly 170% since closing their first session at $9.50 on Sept. 30 but down 4.4% on the day.

Palantir’s stock set an all-time high of $45 per share on Jan. 27, which coincided with the trading frenzy sparked by Reddit traders in heavily bet-against companies such as GameStop. In late January, CNBC’s Jim Cramer noted some individual investors also appeared to be piling into “genuinely loved” stocks such as Palantir.

Palantir continued to generate interest on Reddit’s WallStreetBets in the weeks that followed.

Karp said he’s not too concerned about online hype around the company, saying, “I have a lot of other worries that worry me a lot more.”

“I like so-called retail investors for lots of reasons,” added Karp, explaining that the company’s decision to have a direct listing instead of a traditional IPO was done partly to level the playing field between individuals and institutions. “I’m very proud that normal people, investing their own money, with their own risk, making their own opinion, made a lot of money,” he said.

However, Palantir’s focus is the same, no matter who its shareholders are, Karp said.

“We’re in this for the long haul. If you are speculating or you’re thinking about this short-term, there are plenty of other things to invest in,” he said. “If you want something else, it’s a huge world. Buy some other stock. You don’t have to buy Palantir. No one is forcing you.”

Air travel hits highest number of passengers in a year, despite CDC warnings

Tue Mar 16 , 2021
The number of air travelers is soaring in the U.S. — and flying in the face of federal health guidance. The Transportation Security Administration has reported five consecutive days of more than 1 million air travelers, including the single highest day for passengers since March 2020. The data show that the […] 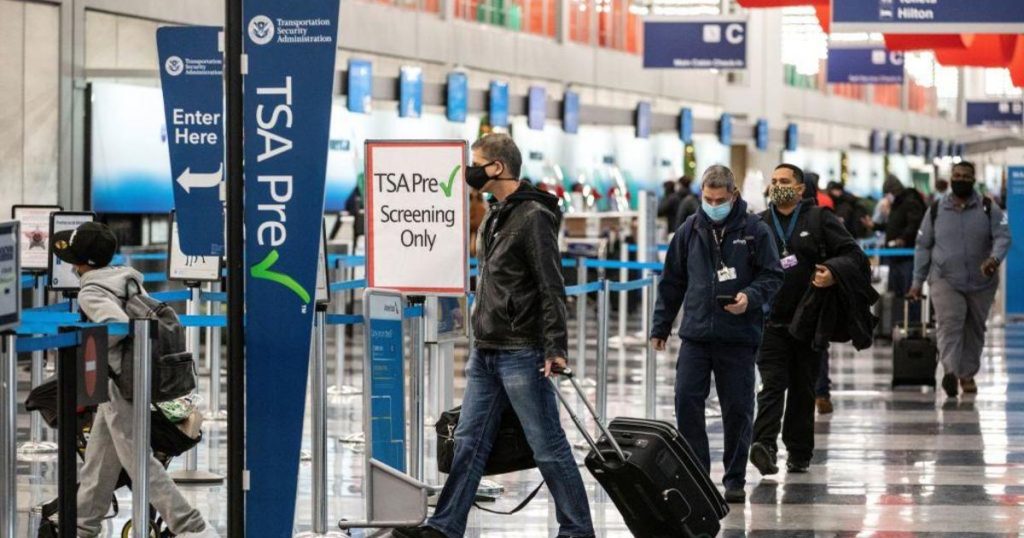