Karachi, Pakistan — A provincial court in Pakistan on Thursday ordered the release of a man charged in the 2002 murder of American journalist Daniel Pearl, his defense lawyer said.

The Sindh High Court’s release order overturns a decision by Pakistan’s top court that Ahmed Omar Saeed Sheikh, the key suspect in Pearl’s slaying, remain in custody. Sheikh was acquitted of murdering Pearl earlier this year but has been held while Pearl’s family appeals the acquittal.

Sheikh’s lawyer, Mehmood A. Sheikh, with whom he is not related, called for his client to be released immediately.

“The detention order is struck down,” said Faisal Siddiqi, the Pearl family lawyer. Sheikh will be freed until the appeal is completed, he said, but will be returned to prison if the family is successful in overturning the acquittal.

The acquittal is now being appealed separately by both the government and Pearl’s family. The Pakistani government has opposed Sheikh’s release, saying it would endanger the public. The Supreme Court will resume its hearing on Jan. 5.

Sheikh had been convicted of helping lure Pearl to a meeting in the southern Pakistani port city of Karachi in which he was kidnapped, on January 23, 2002.

Pearl had been investigating the link between Pakistani militants and Richard C. Reid, dubbed the “Shoe Bomber” after trying to blow up a flight from Paris to Miami with explosives hidden in his shoes.

A videotape received by U.S. diplomats in February 2002 confirmed that the 38-year-old Wall Street Journal reporter from Encino, California was dead. He had been beheaded.

In court testimony and emails released during the 2002 trial, Sheikh said he developed a personal relationship with Pearl before he was kidnapped, with both sharing their concerns about their wives, who were pregnant at the time. Marianne Pearl gave birth to their son Adam in May 2002.

The Pearl Project, an investigative journalism team at Georgetown University, carried out a three-year investigation into Pearl’s kidnapping and death. It concluded the reporter was beheaded by Khalid Sheikh Mohammad, who was arrested in Pakistan in 2003 and later described as the architect of the 9/11 attacks on the United States. Mohammad is a prisoner at the U.S. Naval Base at Guantanamo Bay, Cuba.

Thu Dec 24 , 2020
California became the first state to surpass the grim mark of two million COVID-19 cases Wednesday, just six weeks after hitting the one million mark, according to data from Johns Hopkins University. California’s infection rate — in terms of the number of cases per 100,000 people — is lower than […] 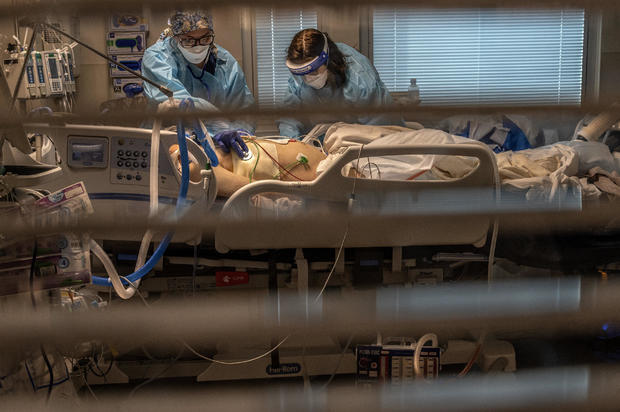