Sex predators are targeting aid organizations because of the chaotic environments in which they work, Britain’s top development official warned Sunday as she threatened to pull public funding from Oxfam unless it came clean about a sexual misconduct scandal in Haiti.

Development Secretary Penny Mordaunt excoriated the leadership of Oxfam for its handling of allegations that some of the anti-poverty charity’s staff in Haiti used prostitutes, including some who may have been minors.

Mordaunt also made clear that all aid agencies must be vigilant in tackling sex abuse and display “moral leadership” or risk losing their taxpayer funding.

“What is so disturbing about Oxfam is that when this was reported to them, they completely failed to do the right thing,” Mordaunt told the BBC on Sunday. “That’s what we need to focus on, and that’s what ultimately will stop predatory individuals from being able to take advantage of vulnerable people.”

The Sunday Times reported that 120 people working for British charities were accused of sexual abuse in the past year, though it did not specify the exact dates.

Oxfam had the largest number of individuals involved at 87, but Save the Children, Christian Aid and the British Red Cross were also implicated, the Times said.

The newspaper reported last week that the misconduct allegations against seven former Oxfam staff in Haiti included the use of prostitutes and downloading pornography. Oxfam’s investigation into the charges was hampered by a “determination to keep it out of the public eye,” the Times said.

Oxfam says it dismissed four people and allowed three others to resign after an internal 2011 investigation revealed that sexual misconduct, bullying, intimidation and a failure to protect staff hampered the charity’s Haiti operation. Oxfam said the underage sex claims were “not proven.”

The charity said it reported the findings to Britain’s charity regulator and to major donors, including the Department for International Development, the department Mordaunt heads. The department gave Oxfam 31.7 million pounds ($43.8 million) last year.

Mordaunt took issue with the notion that her department had been fully informed, saying the charity didn’t disclose that the Haiti case involved sexual misconduct. Oxfam also incorrectly told the government that no aid beneficiaries were harmed, she said.

When asked by BBC interviewer Andrew Marr whether the statement about no harm coming to Haitians was “a lie,” Mordaunt replied: “Well, quite.”

She said she would meet Oxfam leaders Monday to discuss the case.

“If they do not hand over all the information they have from their investigation and subsequently to the relevant authorities,…then I cannot work with them anymore as an aid delivery partner,” Mordaunt said.

Mulvaney: WH reaction to Porter was "completely reasonable and normal"

Sun Feb 11 , 2018
White House Office of Management and Budget Director Mick Mulvaney says the White House’s reaction to the resignation of President Trump’s former staff secretary Rob Porter was “completely reasonable and normal.” Porter departed his West Wing role amid allegations that he abused his ex-wives. “I don’t think we have a lax attitude. […] 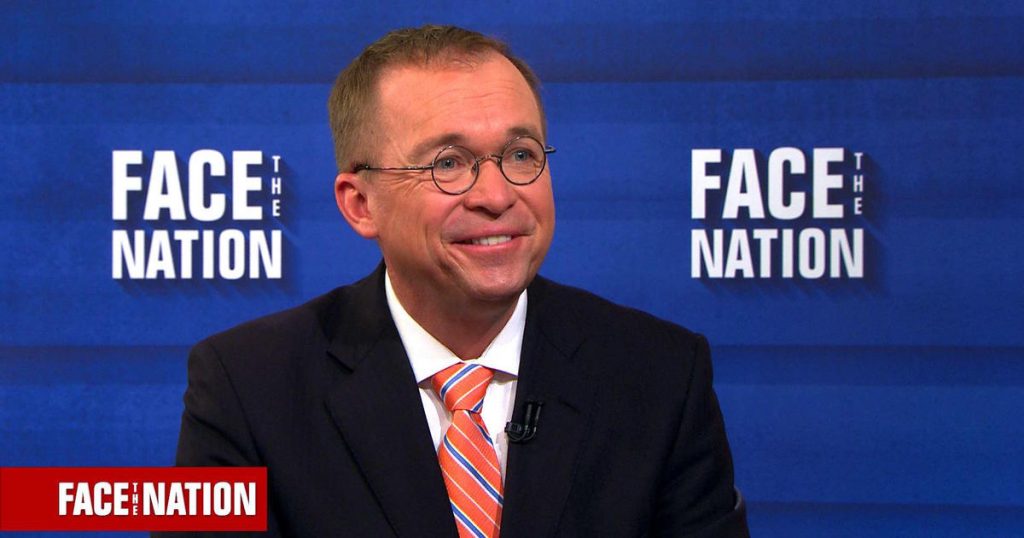