OPEC wants to have an open dialogue with upstart U.S. shale drillers and learn from oil market players, after the most painful downturn in six oil price cycles.

OPEC Secretary General Mohammad Barkindo said he planned to meet Monday evening with shale produces, after an initial meeting at the conference a year ago. The meeting is not about prices or production cuts but about technology and production outlooks, he said.

“There’s a very rich lesson to be learned from producers in this basin,” he said of U.S. shale plays. Barkindo was speaking at the annual CERAWeek energy conference in Houston, attended by 3,500 participants from around the world.

The OPEC general secretary was also meeting with hedge funds and other financial market players in a follow up to meetings last year at CERAWeek and also in New York.

“There is no doubt that the financial markets are continuing to have an impact on oil, particularly on physical oil,” he said. “This is one area that we have been battling to understand the dynamics and complexities of sophisticated markets.”

In the last decade, the U.S. has been the major disruptor for the oil sector, using new technologies to more efficiently drill and recover oil from places once thought impossible.

The new supply from the U.S. weighed on prices, causing a collapse to $30 per barrel two years ago. Since then OPEC, led by Saudi Arabia, along with Russia and other non OPEC producers agreed to curb production so the world could soak up some of the global oversupply.

Prices have recovered to above $60 and Barkindo described the agreement, which will be reviewed in June to be “as solid as the Rock of Gibraltar,” he said. OPEC would also like to make the agreement more permanent.

But OPEC clearly sees lessons to be learned.

“This cycle of the past six was the most injurious” to producers, he said. Barkindo noted that dozens of U.S. drillers went bankrupt in the downturn.

With the rebound in prices, the U.S. industry increased drilling and is now producing 10 million barrels a day, slightly more than Saudi Arabia.

Barkindo said demand is strong and has not been as robust since before the financial crisis.

Barkindo said OPEC also had a first at CERAWeek when he and some OPEC and non OPEC oil ministers met earlier Monday to discuss climate change with Patricia Espinosa, executive secretary of the United Nations Framework Convention on Climate Change.

Barkindo said climate discussions have been focused on fossil fuels but they should be about the emissions. Therefore, he said technology may play a part in reducing emissions, rather than just fuel source.

OPEC Secretary General Mohammad Barkindo said he planned to meet Monday evening with shale producers, after an initial meeting at the annual CERAWeek energy conference a year ago. The meeting is not about prices or production cuts but about technology and outlooks, he said.

He said OPEC members are developing countries and are impacted by climate change.

Tue Mar 6 , 2018
article South Sudan’s state-owned oil company has been “captured by predatory elites” and is being used to fund the country’s civil war, including a government-aligned militia accused of human rights abuses, according to two investigative organizations. Continue Reading Below Millions of dollars in oil revenue are being funneled from Nile […] 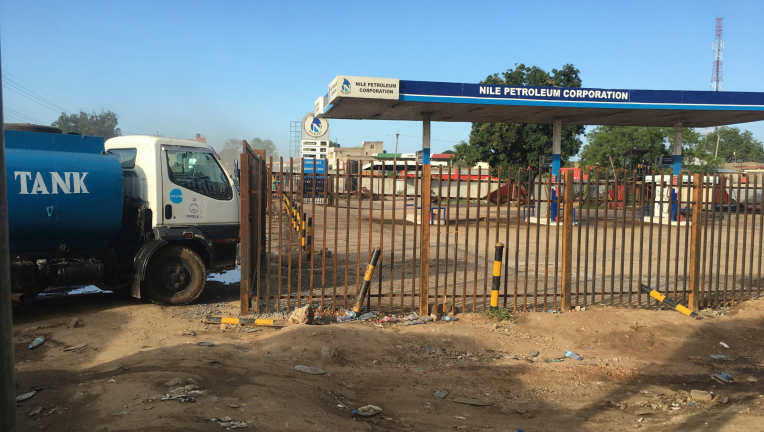