OPEC is under intensifying pressure to show it still has the power to reverse a slide in oil prices, according to RBC Capital Market’s Helima Croft.

The Middle East-dominated producer group has struggled to shore up crude futures this year, amid a deteriorating outlook for global growth and a protracted trade dispute between the U.S. and China.

It has once again raised questions about whether OPEC really wields that much influence over world crude markets, particularly at a time when oil traders are constantly on alert for the next tweet from President Donald Trump.

“It may prove easier to clean up the physical market than to overcome skepticism about the ultimate efficacy of its strategy in the age of Trump,” Helima Croft, global head of commodity strategy, said in a research note.

“OPEC’s burden is to show that it still has the appropriate tools to arrest price declines driven in no small part by White House policy.”

Supply restraints and involuntary losses in Iran and Venezuela has seen OPEC’s share of the global oil market sink to its lowest level in years.

Meanwhile, the U.S. has more than doubled oil production in the last decade to become the world’s largest oil producer.

To be sure, the U.S. shale industry has expanded at such a rapid rate that it threatens to overwhelm OPEC-led efforts to mitigate demand concerns, swamping the global oil market with supply.

Earlier this year, the head of EMEA oil and gas research at J.P. Morgan told CNBC that a gradual fall in oil prices over the coming years could prompt OPEC to reclaim some of its market share from the U.S.

Workers extracting oil from oil wells in the Permian Basin in Midland, Texas on May 1, 2018.

International benchmark Brent crude traded at around $60.77 Thursday morning, up around 0.1%, while U.S. West Texas Intermediate (WTI) stood at $56.27, little changed from the previous session.

Brent futures have tumbled more than 20% from a peak reached in April, with WTI down over 17% over the same period.

“The fact is that sentiment is gripped by the weak macro environment and demand-side concerns rule the market,” Stephen Brennock, oil analyst at PVM Oil Associates, said in a research note published Wednesday.

“Accordingly, Brent will do well to stay anchored around $60 (a barrel) in the coming weeks,” Brennock said.

‘A fresh dose of price angst’

OPEC and allied non-OPEC partners, sometimes referred to as OPEC+, are scheduled to meet in Abu Dhabi next week to review their progress in stabilizing world oil markets.

The meeting is likely to provide crucial clues about how far some of OPEC’s most powerful players are willing to go to get prices on a firmer footing. The full coalition will then gather again in Vienna at the end of the year to decide whether any further action is required for 2020.

“OPEC will reaffirm its commitment to rebalancing the market and getting prices on a firmer footing,” analysts at RBC Capital Markets said.

“Beyond simply continuing to constrain output, we think the challenge for OPEC will be to demonstrate it still has the ability to alter oil’s directional dynamics in a market that is consumed with trade war concerns and is bracing for the next tweet from President Trump.”

OPEC+ is expected to reaffirm its commitment to rebalancing the market at its September 12 meeting, with OPEC kingpin Saudi Arabia poised to double down on its “whatever it takes” message.

Alongside Russia and other allied producers, OPEC agreed to reduce output by 1.2 million barrels a day at the beginning of 2019. That deal replaced a previous round of production cuts that began in January 2017.

“Looking further ahead, a fresh dose of price angst is looming with a supply imbalance expected to resurface at the start of next year,” PVM Oil Associates’ Brennock said.

Thu Sep 5 , 2019
With meatless burgers becoming all the rage lately following the recent arrival of Burger King’s Impossible Whopper, Kellogg’s MorningStar Farms announced on Wednesday that it’s expanding the company’s plant-based burger and chicken portfolio into the retail market as competition in the industry heats up. Continue Reading Below The makers of America’s No. 1 retail veggie […] 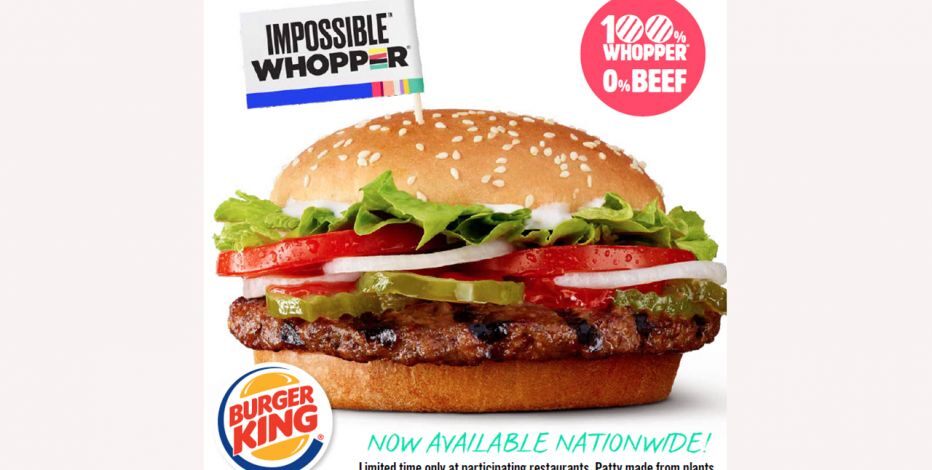