OPEC and its oil producing allies on Sunday finalized a historic agreement to cut production by 9.7 million barrels per day, following multiple days of discussions and back-and-forth between the world’s largest energy producers. The cut is the single largest output cut in history.

Sunday’s emergency meeting — the second in four days — came as oil-producing nations scrambled to reach an agreement in an effort to prop up falling prices as the coronavirus outbreak continues to hammer demand. The agreement also ends a price war that broke out between Saudi Arabia and Russia at the beginning of March, which further pressured oil prices as each sought to gain market share.

The group, known as OPEC+, initially proposed cutting production by 10 million barrels per day — amounting to some 10% of global oil supply — on Thursday, but Mexico opposed the amount it was being asked to cut, holding up any final deal.

Talks continued on Friday when energy ministers from the Group of 20 major economies met, and while all agreed that stabilization in the market is needed, the group stopped short of discussing specific production numbers.

The 9.7 million barrels per day cut will begin on May 1, and will extend through the end of June.

On Friday President Donald Trump said the U.S. would cut production in an effort to get Mexico “over the barrel.”

At a White House press briefing, Trump said he spoke to Mexico’s President Andrés Manuel López Obrador and had agreed to “pick up some of the slack” by cutting production on behalf of Mexico. He did not elaborate on how the cuts would be enacted, and said Mexico would reimburse the U.S. at a later date.

Trump has sought to ease relations between Saudi Arabia and Russia since a price war broke out between the two powerhouse producers following OPEC+’s meeting on March 6. Thursday’s OPEC+ meeting was scheduled after Trump said he spoke to Putin and Saudi Crown Prince Mohammed bin Salman, and expected them to announce a deal.

OPEC+ is hoping that nations outside of the group, including the U.S., Canada and Norway, will also cut back on production in an effort to shore up prices.

While Trump has stopped short of saying the U.S. would scale back production, he has noted that market forces would naturally curb output.

U.S. Energy Secretary Dan Brouillette reiterated this point on Friday, saying that about two million barrels per day of U.S. production would have been taken offline by the end of the year, with the number potentially as high as three million.

“Today’s crisis transcends the interests of any one nation and requires a swift and decisive response from us all. Failure to act has far reaching consequences to each of our economies,” he said Friday in prepared remarks at the G20 meeting. “This is a time for all nations to seriously examine what each can do to correct the supply/demand imbalance,” he added.

Despite the record size of the cut, some fear that it’s still not large enough to combat the drop-off in demand. On Thursday West Texas Intermediate crude dropped more than 9%. The market was closed on Friday.

Both Brent and WTI futures are in bear market territory, down 53% and 63% respectively since climbing to a January peak.

Chris Midgely, S&P Global Platts’ global head of analytics, said that the cut isn’t enough “to plug the 15- to 20-million b/d near-term imbalance in the marketplace and avoid tank tops in May.” The cut “won’t be enough to bring sustainable, restorative support to oil prices, not unless OPEC goes further,” he added.

That said, Ann-Louise Hittle, vice president of macro oils at Wood Mackenzie, noted that the deal “will make a difference to the market,” even if “poorly implemented.”

“We expect the second half of 2020 to show an implied stock draw, in contrast to the record-breaking oversupply of the first half of 2020,” she said.

Sun Apr 12 , 2020
New York Governor Andrew Cuomo said there has to be a “coordinated approach” to reopening schools and businesses in New York and neighboring New Jersey and Connecticut. “We made very difficult decisions together and we implemented them together,” he said. Watch his remarks. Free America Network Articles 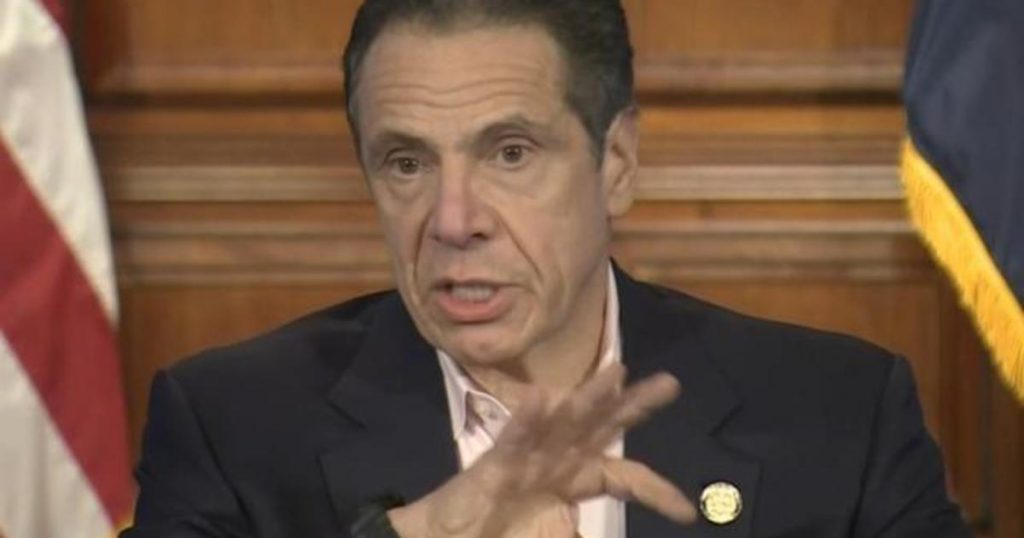