If she really wants it, she’ll buy it for herself.

In the wake of the onset of the holiday shopping season, and a strong one at that, NPD Group analyst Marshal Cohen said he’s noticed more shoppers picking up items for themselves, especially when compared to past years.

A recent survey by the firm found that 19 percent of consumers “definitely” plan to spend more on themselves this holiday season, while 40 percent are at least considering doing so.

Much of that sentiment stems from a rosier economic outlook this year, and retailers are increasingly setting up the right assortment of splurge-worthy items in stores.

“When the economy is doing well, and the consumer is feeling confident … that gives us the ability to spend and buy for ourselves more freely,” Cohen told CNBC. “The consumer is in the right place right now and not worried about buying later.”

This year, more retailers are stocking up on “key” self-gifted items, such as electronics and winter-weather apparel, instead of “nifty gifties,” or prepackaged gift sets, for others, according to Cohen. And that’s been driving more frequent impulse purchases in stores, which likely boosted department stores and other specialty brands over the recent Thanksgiving weekend.

Items such as sweaters, boots, smartphones, cookware and athletic apparel typically fall within the “self-gifting” category, NPD has found. When shoppers are looking to spend lavishly on themselves, they tend to put dollars there.

“I’ve been treating myself a little bit more this time of year,” Brittany Thompson, a 25-year-old video production editor based in Toronto, told CNBC.

“A lot of places have holiday sales going on, so while I’m out shopping for loved ones I’m seeing things that I would enjoy, too,” she added. “And since it’s a good sale, I’ll pick it up for myself.”

A separate survey by NPD found that as November came to the end, only 6 percent of shoppers claimed to have finished their holiday shopping. That leaves a majority of purchases to be made, but the question is whether gifting will be completed before the New Year. It could lag, as more shoppers put themselves ahead of others. By Nov. 26, 52 percent of people surveyed hadn’t even started their holiday shopping yet, according to NPD. The survey polled 3,401 people.

“More people this year treated themselves over Black Friday,” Saunders said, based on his firm’s store visits and analysis of Thanksgiving weekend.

“Some of it is down to improved confidence and sentiment and household finances,” he explained. “However … some of it is down to the fact that the external environment is difficult socially and politically, and people who feel this think it is important to indulge themselves,” driving overall “selfish” purchases.

For the remainder of the year, the retailers that keep their inventory replenished and appealing from a discount standpoint will lure the most self gifters, NPD’s Cohen said. And it could also help those companies avoid the looming “December lull.”

Retail sales typically peak around Black Friday and then dip until a week or so before Christmas, when procrastinators take to stores in droves.

“I think this time of year can get pretty stressful, so it’s nice to remember you need to care for yourself as well as loved ones,” Thompson said. “And a little retail therapy always makes me happy.”

Mon Dec 4 , 2017
BOSTON — New allegations have surfaced against Massachusetts Senate President Stan Rosenberg‘s husband, Bryon Hefner. Mass Live reports Hefner is accused of sending an unsolicited nude photo to someone who works in state politics. The picture was reportedly sent in a text message earlier this year, according to CBS Boston. The new […] 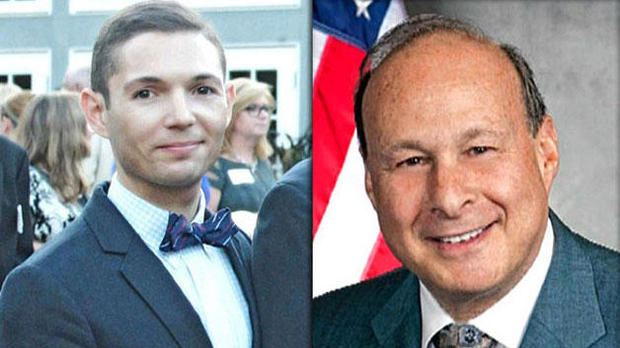