With Covid-19 case counts on the rise again, Teladoc, a stock at the crossroads of health care and technology, could be an ideal bet for investors looking for ways to brace for possible volatility, Todd Gordon, the founder of TradingAnalysis.com, told CNBC’s “Trading Nation” on Thursday.

“This company … has a possibility to really disrupt the health-care system as we know it over the next decade,” Gordon said.

“The total addressable market is … just around a half a trillion dollars going forward, so, in light of this new health-care, digital, work-at-home, stay-at-home, maybe health-care-at-home age, I’m really liking the outlook from a technical point of view as well as a fundamental point of view,” he said.

On the technical front, the stock’s nearly 858% run since its 2015 IPO has been nothing short of “amazing,” Gordon said.

After a pullback toward the end of 2018 and subsequent rally higher, Teladoc has now entered a period of consolidation, he said.

“I would say, in light of the recent market volatility, the shape of this correction is nothing to be concerned about,” he said. “In fact, I think it’s actually quite constructive.”

Referencing the Elliott wave theory, a type of technical analysis aimed at spotting certain patterns in the market, Gordon suggested Teladoc’s was toward the end of a so-called corrective wave.

According to the theory, stocks typically correct in an A-B-C pattern in which A represents the first leg lower, B is a brief period of reprieve, and C is the final leg of the decline. The pattern tends to be “fortified” when the A and C declines are of roughly the same size, which they are in Teladoc’s case, Gordon said.

“The correction looks to be complete. It looks like we’re starting to move up here,” he said. “We just reported earnings. They were very strong. They just settled that merger with Livongo last week. The volatility is well out of the stock, and I think it’s set to rebound.”

Gordon added that he’s beginning to see a “clustering of support” on the chart around $160-170. Teladoc shares fell nearly 3% in Friday trading to around $181.96.

“I will be looking to add this stock to my portfolio as well as to our clients’ portfolio,” Gordon said.

One way to do so could be through the options market, he said. He put on a bullish trade expiring on Jan. 15 by buying the $200-strike call options and selling the $220-strike calls, a bet that the stock could run at least 7% by mid-January.

While the trade has “a nice positive reward-to-risk ratio, we like to manage it such if you put the trade on and it gets cut down, the value is … about half of what you paid,” Gordon said.

If that occurs, “cut the trade, contain the risk, and move on,” he said.

TV advertising is making a comeback after pandemic slowdown

Fri Nov 13 , 2020
David Zaslav Anjali Sundaram | CNBC The TV ad market is on the mend after getting hit by a broader pandemic ad slowdown. But with Covid-19 cases on the rise, some networks are cautious about the coming quarters, even with a big boost from political ads this quarter.  In recent […] 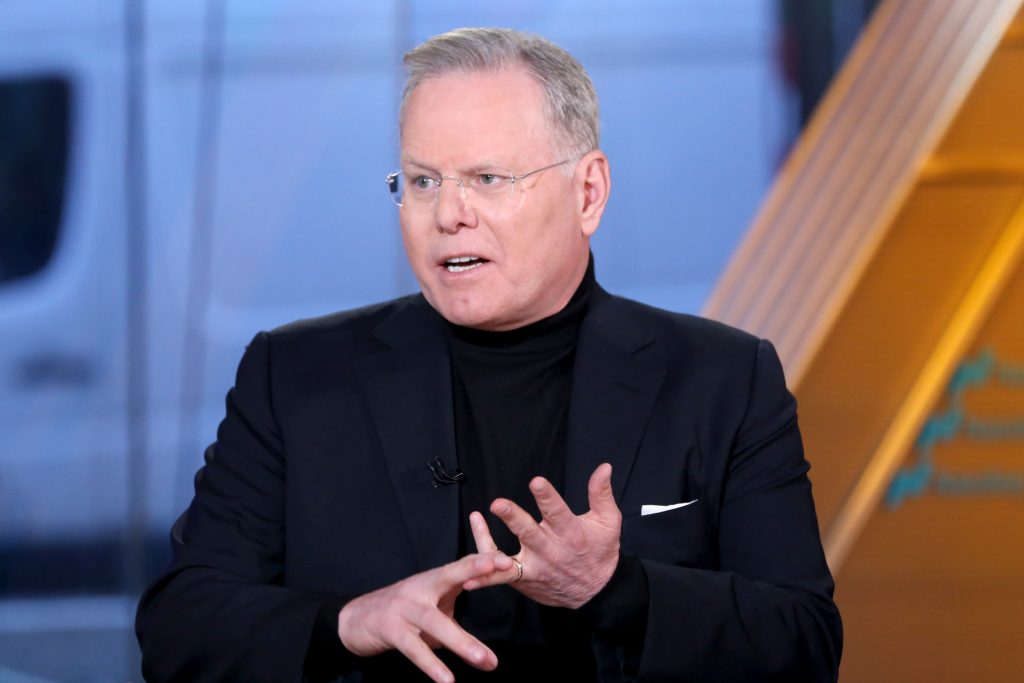