TOKYO (Reuters) – A U.S. Olympic swimming gold medal prospect who declined a coronavirus vaccine has been strictly complying with health protocols while in Japan, as part of a team that is taking the measures seriously, a senior official said on Thursday.

Michael Andrew has been widely criticised on social media in recent weeks after he opted out of the vaccine over concern about how he might react to it so close to the Tokyo Olympics, which start on Friday.

Andrew has called it an educated decision and insisted he was not anti-vax.

Dave Durden, head coach for the U.S. men’s team, said he was happy with Andrew’s preparations and the way he and teammates had conducted themselves.

“I feel very comfortable about what he’s doing, where he’s at, how he’s operating. You know even, even in a situation like today, he was over at the pool with very minimal people,” Durden told reporters.

“We’re looking at a couple things now as coaches, trying to swim fast, that’s our utmost priority for him, continuing to have him feel safe too and have the athletes around and feel safe, feel good about what we’re doing with our precautions.

“It is a team thing, that we’re really supporting each other, and Michael is no different in that regard.”

There is no requirement for athletes to be vaccinated at the Olympics, where 87 Games-related people including athletes have tested positive for COVID-19 as of Thursday.

Andrew, 22, a Pan Pacific champion, is ranked top going into the men’s 200 metres medley and will compete also in the 50m freestyle and the 100m breaststroke, where he has recorded some of the fastest times in the world this year.

Durden said he did not know if Andrew was staying in a separate room in the athletes’ village.

Asked if there was any resentment in the team or a bad vibe about Andrew’s decision not to receive a vaccine, Durden said: “No resentment and we’ve felt no vibe.”

Thu Jul 22 , 2021
A healthcare worker wearing personal protective equipment attends to a Covid-19 patient with an oxygen mask in a wheelchair outside Bekasi Public Hospital. Wisnu Agung Prasetyo | SOPA Images | LightRocket | Getty Images Indonesia reported the highest number of new coronavirus infections in the world for the week that […] 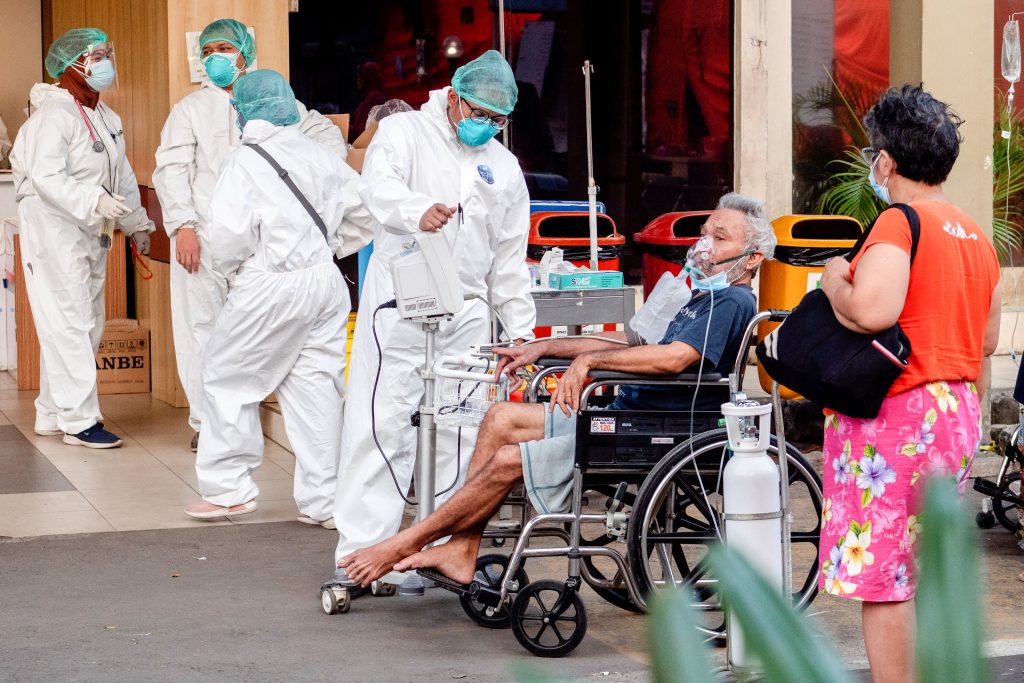