TOKYO (Reuters) – The focus may be on the big name Americans and Australians but this could be the Games where Russian swimmers could make their biggest splash in the men’s events in 25 years.

No Russian man has won a swimming gold in the Olympics since the Atlanta Games in 1996 when Alexander Popov and Denis Pankratov both topped the podium twice.

But it would be a major disappointment for the Russians if that remains the case.

The best chance of Russia breaking their barren spell is the 200 metres backstroke where Evgeny Rylov is favourite to beat the American defending champion Ryan Murphy.

Rylov has beaten Murphy in the last two World Championships and holds five of the fastest swims in the history of the event.

The 24-year-old posted his fastest-ever time, 1:53.23, at the Russian Olympic Trials in April, almost a full second ahead of Murphy’s top time this year.

In the 200m breaststroke, Anton Chupkov is the world record holder, setting his 2:06.12 in the 2019 World Championships and while he will have to hold off exciting Japanese swimmer Shoma Sato and Australian Zac Stubblety-Cook, he will be disappointed if he does not deliver gold this time around.

The 100m freestyle is billed as a battle between American favourite Caeleb Dressel and Australia’s defending champion Kyle Chalmers but Russia has four of the top 10 times in the world this year with young talents Andrei Minakov and Kliment Kolesnikov both holding podium hopes.

European champion Kolesnikov has the second fastest time in the world this season with 47:31 and also has a sniff in the 100m backstroke.

The 21-year-old has been earmarked as a future Olympic champion since winning the backstroke double at the European Championships and then scooping six gold medals and one silver at the 2018 Youth Olympic Games in Buenos Aires.

While Paris 2024 may be the Games when he truly delivers on that potential, there is a quiet confidence about Kolesnikov that his opponents will have noted.

With his duties in relay events, where Russia’s new strength in depth also gives them a real chance of gold in the men’s 4×100-metre freestyle in particular, Kolesnikov has a busy schedule in Japan.

But typically he shrugs off talk of being overworked.

“I don’t think it’s a problem. Unlike in the European Championships none of my races will be close to each other at the Olympics, so there will be no challenge for me logistically. I will be ready to race.”

It will be the flag of the Russian Olympic Committee (ROC) that is raised should any of the country’s swimming hopes triumph next week because the country was stripped of its flag and anthem for doping offences. But after a quarter of a century of waiting — few Russians will care about such details.

Fri Jul 23 , 2021
The Royal Caribbean’s Odyssey of The Seas arrives at Port Everglades on June 10, 2021 in Fort Lauderdale, Florida. Joe Raedle | Getty Images A federal appeals court on Friday sided with Florida in its challenge against the Centers for Disease Control and Prevention over federal regulations for cruise ships […] 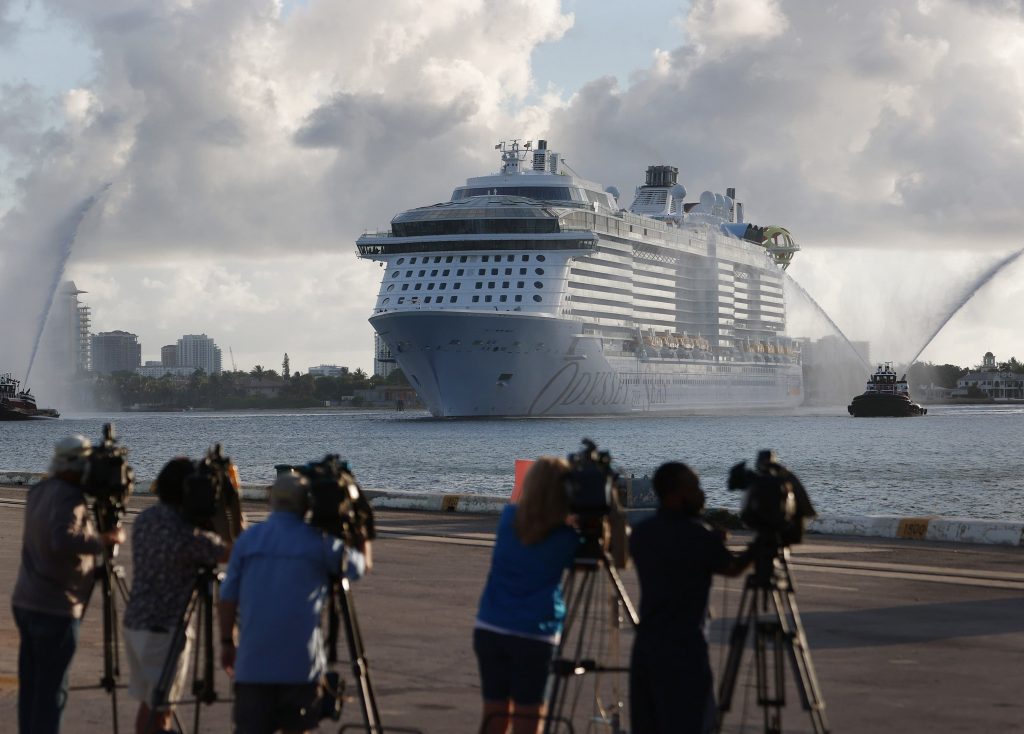