FILE PHOTO: International Olympic Committee (IOC) President Thomas Bach speaks during the ‘One Year to Go’ ceremony celebrating one year out from the start of the summer games at Tokyo International Forum in Tokyo, Japan July 24, 2019. REUTERS/Issei Kato

DOHA (Reuters) – International Olympic Committee (IOC) president Thomas Bach said that a fresh look might be needed at Russia’s participation in next year’s Tokyo Olympics after the World Anti-Doping Agency (WADA) found inconsistencies in data supplied by the country.

WADA said on Monday it had opened compliance proceedings against Russia’s Anti-Doping Agency (RUSADA) after examining a vast bank of historical testing data finally handed over in January following a previous suspension.

That meant RUSADA was in danger of being declared non-compliant by WADA, possibly putting increased pressure on the IOC to exclude Russia from the Tokyo Games next year for failing to ensure that its athletes are clean.

“RUSADA has served its sanction for what happened… now, what we hear there maybe a new situation,” Bach told reporters. “So, there has to be a fresh look at this.”

Bach said he could not comment further while WADA carries out its investigation. “I cannot speculate or comment on the result of what this WADA procedure might be,” he added.

RUSADA was suspended after a 2015 report commissioned by WADA found evidence of state-sponsored doping in Russian athletics and the country was barred from the Rio de Janeiro Olympics the following year.

The suspension was lifted in September 2018.

The conditions for reinstatement included giving access to the data stored at Moscow’s anti-doping laboratory and 2,200 samples were handed over in January.

Fri Sep 27 , 2019
Recent highly publicized flops by supposedly disruptive companies could be painting an unpleasant picture ahead for innovation, at least in how it’s viewed in the financial markets. Investors have turned thumbs-down on high-profile companies including WeWork, Uber and Tesla. Industries including marijuana, vaping and bitcoin all have seen big price […] 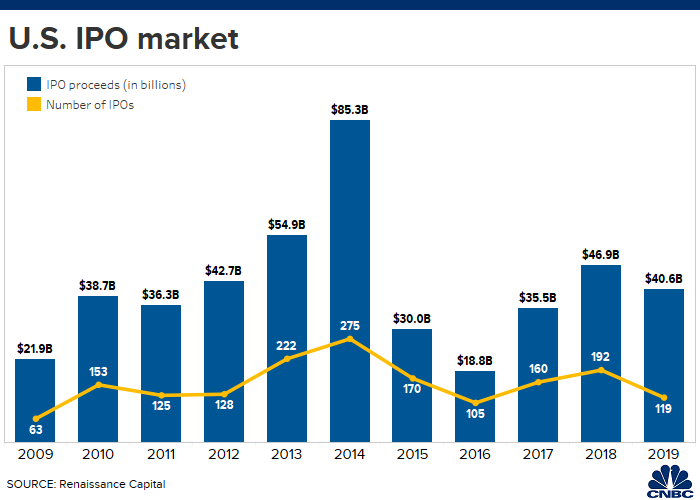