State’s attorney Brad Beckworth speaks during the opening statements during the opioid trial at the Cleveland County Courthouse in Norman, Okla., Tuesday, May 28, 2019. The proceeding are the first public trial to emerge from roughly 2,000 U.S. lawsuits aimed at holding drug companies accountable for the nation’s opioid crisis. (Chris Landsberger/The Oklahoman via AP, Pool)

An Oklahoma judge is declining to approve the state’s proposed $85 million settlement with an opioid maker until he’s assured it complies with a new law targeting such deals.

The attorney general’s office says Cleveland County Judge Thad Balkman on Monday ordered attorneys for both the state and Israeli-owned Teva Pharmaceuticals to file additional paperwork before he approves the settlement .

Attorney General spokesman Alex Gerszewski (ger-SHES’-kee) says the judge wants both sides to address how distribution of the money conforms to the new law .

Concerned about how the state’s $270 million settlement with Purdue Pharmaceuticals was structured, the Republican-led Legislature passed a law directing any settlement funds directly into the state treasury.

Oklahoma’s lawsuit blaming consumer products giant Johnson & Johnson and some of its subsidiaries for contributing to the opioid epidemic is continuing.

Mon Jun 10 , 2019
Pete Buttigieg, mayor of South Bend and 2020 presidential candidate, takes a photograph with an attendee during the African American Leadership Council Summit in Atlanta, Georgia, June 6, 2019. Elijah Nouvelage | Bloomberg | Getty Images Mayor Pete Buttigieg has picked up one of the most influential Hollywood financiers as […] 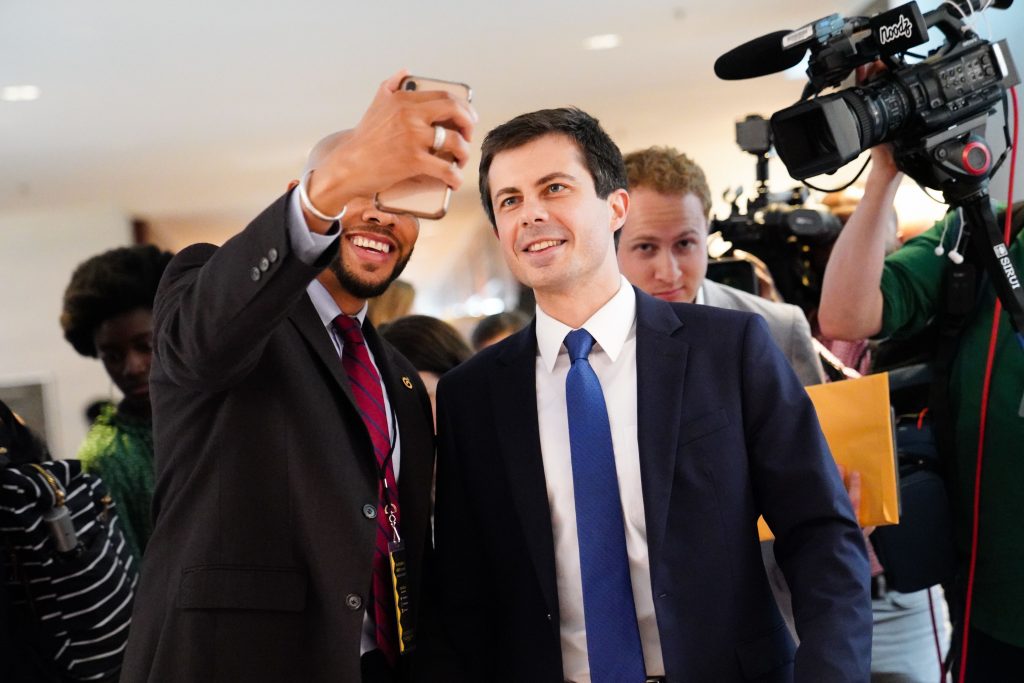