While 2021 will be a year of higher energy prices and stronger better demand, the outlook for oil producers is far from rosy. While the sector should be celebrating a rebound in the economy and a vaccine, instead it will continue to face historic challenges due to capital fleeing the sector and a new era of heavy regulation. While it is possible that oil prices could almost double in 2021, the U.S. may not get all of the benefits.

These are the five most important things to watch in 2021.

What China is signaling about U.S. demand post-COVID?

In the near term, a major risk to the energy sector is a second wave of COVID-19. Some traders and oil investors have been reluctant to invest because of the real threat of more shutdowns. Yet with vaccines on the horizon, is that a mistake?

The International Energy Agency (IEA), for one, projected in a recent report that oil demand will recover more slowly than anticipated. It lowered its 2021 demand forecast by 170.000 barrels a day. This is mainly because of another downgrade for jet fuel and kerosene demand, which it says accounts for around 80% of the overall 3.1-million-barrel-a-day shortfall in consumption in 2021 versus 2019.

Yet is the EIA being too pessimistic? Based on what we are seeing in China, maybe yes. In December we saw China defy every negative COVID-19 demand prediction. Instead of struggling, Chinese refining demand hit an all-time record high. The country’s oil refiners processed a record 14.26 million barrels a day in November, up about 455,000 barrels per day year-on-year That meant that Chinese refinery runs held above the 14-million-barrel-per-day mark for a sixth consecutive month.  Demand in India also shot back up as its refiners are running at full capacity.

Now with two vaccines, Pfizer-BioNTech and Moderna being approved and shipped, we may see oil demand surge if what we are seeing in Asia is a leading indicator. There is a strong likelihood that U.S. oil demand will exceed dampened expectations. In fact, while we may not hit pre-COVID-19 demand levels later in the year, any substantial increase in demand may be hard to meet because of a major drop in oil and gas investment.

Can the U.S. Shale Patch be saved?

The U.S. Shale Patch is under unprecedented pressure. In 2021 the big question is whether it can make a comeback. Right now the odds do not look good.

Not only is the shale patch seeing capital flee because of demand concerns, but also investors, and even some banks, are trying to avoid investing in energy because they fear a backlash from governments, real concern about climate change, and in some cases just to be politically correct. Yet while some believe that to be a noble goal, the fact is that it could cause sharp price increases in the cost of energy and could actually hurt the global economy.

The U.S. shale oil and gas revolution changed the energy world leading to the US being the largest oil and gas producer in the world but in 2020 lost that title and may not get it back in the foreseeable future. The economic and political challenges to the shale patch are a major concern because that sector was a major factor in an unprecedented run in U.S. economic growth.

In turn, it helped power the economy with low energy prices allowing capital to go elsewhere and helped surge record U.S. productivity. They also helped consumers by keeping gasoline and heating bills near record lows when compared to income but those days may change under a new administration.

2021 for oil and gas will be totally different because there is a new sheriff in town. President-elect Joe Biden is not only for higher taxes but is for higher gasoline and heating prices as well. Whether knowingly or not, millions of Americans voted for higher gas and electricity prices, and based on recent market action, they are already getting a return on their vote investment.

It is no secret that under a Biden administration the oil and gas sector will face unprecedented regulations, and for consumers that means higher oil and gas prices. Biden has said his top priority was to reduce U.S. greenhouse emissions to net-zero by 2050.  The only way to achieve that is to basically shut down a big part of U.S. oil and gas production, which could bring an energy recession. He also says that he will rejoin the 2015 Paris Climate accord that will wipe out close to 2.5 trillion dollars in gross domestic product by the year 2035.

Biden also is pledging a ban on new oil and gas drilling leases on federal lands that will cost eight Western states $8.1 billion in tax revenue and $34.1 billion in investment in the next five years. That is according to a study released on the state of Wyoming. Reuters reported that Wyoming officials said that not only would the states take a huge financial and jobs hit, but it was also likely that a leasing moratorium would simply shift production and related emissions to other regions, such as Mexico or Canada, rather than having the desired effect of helping to curb global emissions from drilling activity.

The same could be said for the Paris Climate Accord, which penalizes the U.S. for its economic success that has led the world. Now, it will have to take a back seat to developing economies. China’s manufacturing sector will prosper because of being still considered a “developing nation.” The U.S. will be expected to pay climate reparations because China could not pollute as much in the past because of its former communist and socialist economic system. The good news is energy traders might have some great opportunities, but if the Republicans lose the Senate, expect to give most of those profits back to the government in the form of higher taxes.

HOW WILL A VACCINE IMPACT OIL DEMAND?

2021 may be a turnaround year for “big oil,” which in 2020 was not so big. The coming regulatory crackdown on the oil and gas industry has companies unsure of what to do. Should they invest in oil and gas or should they not? Not only are they afraid of regulations, some predict there will be a permanent drop in global demand in a world that wants to move beyond oil.

Oil and gas companies have not only had to slash spending to survive but have had to question their own identity. The problem in 2021 is that while we see cutbacks in oil, the odds are that demand will skyrocket as we are not a carbon-free economy now, nor will we be anytime soon. That means we will have already set the stage for oil and gas shortages. Already the world’s largest public oil and gas companies by market value cut its 2020 capital spending programs by over $43.6 billion, which will reduce global supplies by millions of barrels in the coming years.

This comes as energy companies try to reinvent themselves as “green,” which is causing tensions and confusion on how to invest that will only lead to less oil and gasoline supply.

BP, for example, is reducing its oil and gas business, looking to invest more in offshore wind power and developing solar and battery storage. It is looking to put electric car-charging kiosks at its U.S. gas stations, part of a drive to eliminate or offset its carbon emissions to a net-zero level by 2050. No word where the energy will come from to power those chargers.

Yet less investment in oil means that when demand starts to recover, supplies will be tighter than they have been in decades. While the Biden administration has dreams of a power grid powered by wind and solar and everyone driving electric cars, it failed to understand to get to that point you will have to rebuild the power grid and produce millions of wind turbines and solar panels, which will still have a major impact on the environment. Not to mention high costs for Americans and more dependence on foreign oil. That brings us to OPEC.

While many have fretted about OPEC’s plans to raise output, the reality is that we may need the cartel to fill the void for lost U.S. oil production later in 2021.

More U.S. dependence on foreign oil in a Biden administration will give more power to OPEC and its favorite co-conspirator, Russia. OPEC and Russia defied many skeptics, and along with the leadership of President Trump, engineered the biggest oil production cut in history. That has successfully helped reduce the global oil supply overhang helped the energy industry avoid total collapse.

While all countries in the cartel will benefit from a Biden administration in 2021, perhaps the biggest winner will be Iran.

Joe Biden has pledged to rejoin the Iranian P5+1 nuclear deal. That means that Trump’s maximum-pressure campaign in Iran that brought the regime to its knees will be reversed, as Biden wants to reset relations with Iran by lifting sanctions on it in exchange for basically nothing. Iran’s President Hassan Rouhani said if the United States returns to the Iran nuclear deal, his country will follow within an hour. At the same time, he said he would not discuss any changes to the accord or restrictions on Iran’s ballistic missile program and would allow Iran to get a nuclear weapon in the future.

While this might be good for Iran, which already is planning to raise output to over 4 million barrels a day in anticipation of the lifting of U.S. sanctions, it will be another blow to the US energy sector. U.S. oil producers will be hurt by competing with Iran for market share. It is not that Iran oil is any cleaner than U.S. oil, it is just better. You see, Iran’s oil is somehow more virtuous in Joe Biden and John Kerry’s world because globalization takes precedent over saving the planet. It is also a small price to pay to save face and try to convince the world that the bad Iranian nuclear deal was somehow a good deal.

2021 is looking to be a year of higher prices, so be prepared for what will most likely be coming.

Sneak peek: New documentary "The Beatles: Get Back"

Mon Dec 21 , 2020
A highly-anticipated new Beatles documentary is set for release next summer. “The Beatles: Get Back,” from “Lord of the Rings” director Peter Jackson, uses some of the roughly 55 hours of previously-unreleased studio footage from the 1969 “Get Back” and “Let It Be” sessions, and features the Fab Four’s iconic […] 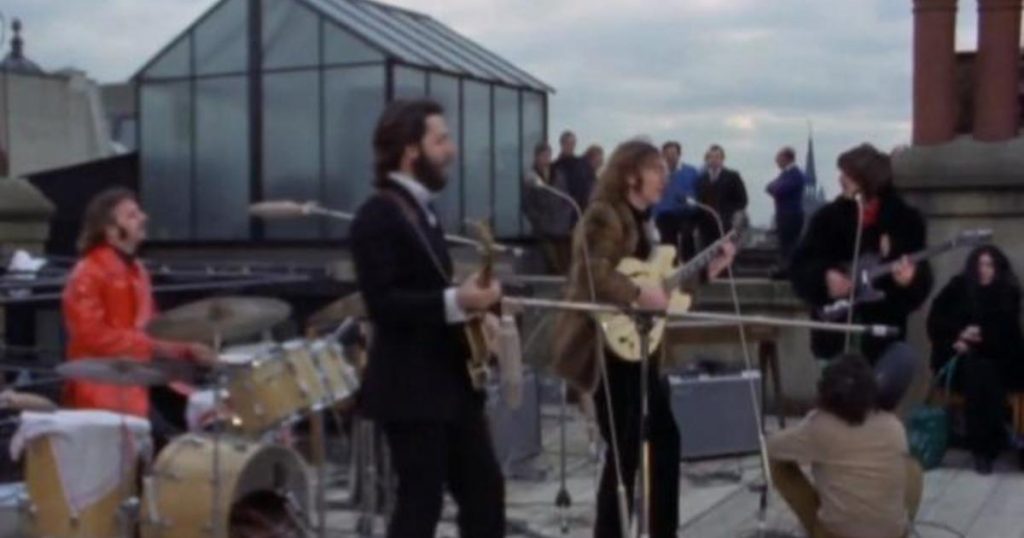