FILE PHOTO: A view of the Mobil oil refinery at Altona in Melbourne June 27, 2008. REUTERS/Mick Tsikas

NEW YORK (Reuters) – Oil prices rose more than 2% on Tuesday, supported by expected supply disruptions from a hurricane approaching the Gulf of Mexico and an oil worker strike in Norway.

The market slipped in post-settlement trading, however, after U.S. President Donald Trump said he was instructing his administration not to negotiate a stimulus package until after the Nov. 3 election.

Trump returned to the White House following three days in the hospital for treatment for COVID-19. U.S. House Speaker Nancy Pelosi and U.S. Treasury Secretary Steven Mnuchin had been in negotiations for an additional $1.5 trillion to $2 trillion in economic stimulus before Trump’s tweet.

“It looked like something was going to materialize, and now it has been blown up so everything is selling off,” said John Kilduff, partner at Again Capital LLC in New York.

“The petroleum complex needed that stimulus to help stoke demand once again, and we’re obviously not getting it.”

Energy companies shut offshore oil platforms as Hurricane Delta strengthened to a Category 2 and was on track to reach the Gulf of Mexico on Thursday. It would be the 10th named storm to hit the United States this year, which would break a record dating back more a century.

Norway’s petroleum output is down 8% due to an oil worker strike. A major labor union in the country is trying to resolve the dispute with oil companies, which have shut six offshore oil and gas fields.

Tue Oct 6 , 2020
President Donald Trump joined top GOP lawmakers on a phone call earlier Tuesday to discuss the next round of Covid-19 stimulus. The president, who thus far has relied on White House chief of staff Mark Meadows and Treasury Secretary Steven Mnuchin to lead the negotiations, participated in the call during […] 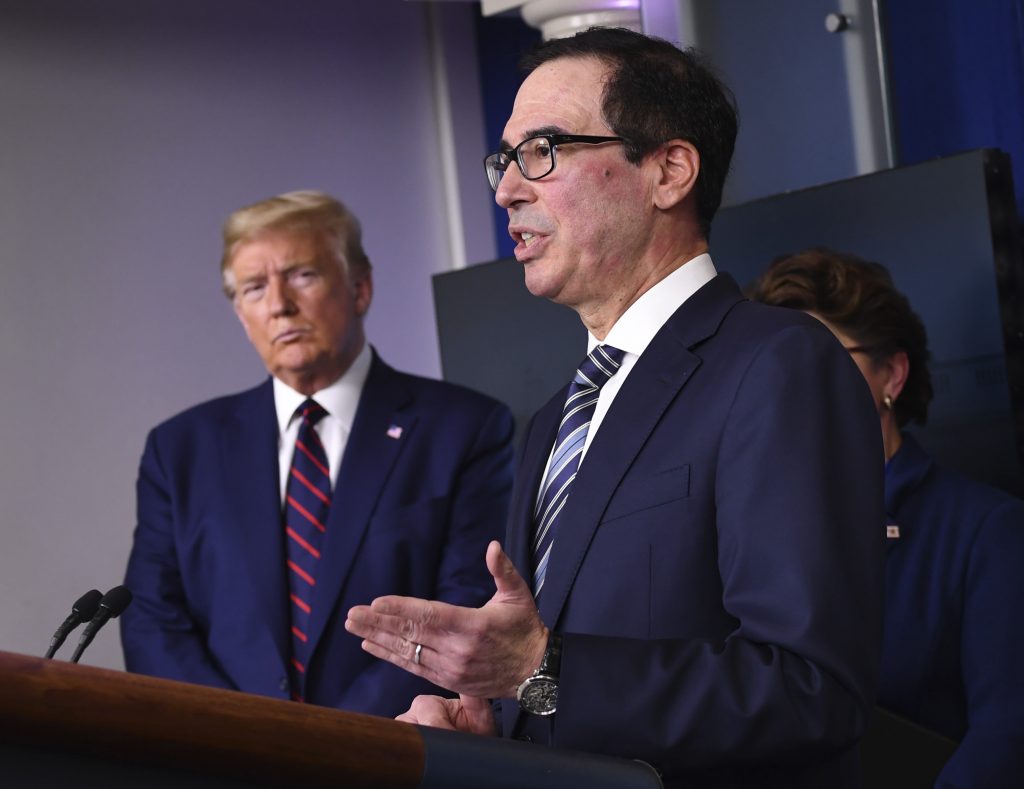