Oil prices were steady on Thursday after supporters of President Donald Trump stormed the U.S. Capitol, with investors focusing on the likelihood of tighter supplies after Saudi Arabia unilaterally agreed to cut output.

Saudi Arabia, the world’s biggest oil exporter, said it would voluntarily cut one million barrels per day (bpd) of output in February and March, after OPEC+, which groups the Organization of the Petroleum Exporting Countries and other producers, including Russia, met earlier this week.

A lower dollar makes oil cheaper because the commodity is mostly traded using the greenback.

Crude inventories were down by 8 million barrels in the week to Jan. 1 to 485.5 million barrels, against a Reuters poll showing analysts expected a 2.1 million-barrel decline.

The drop in crude stocks is a typical year-end occurrence as energy companies take oil out of storage to avoid tax bills.

Trump supporters swarmed the U.S. Capitol on Wednesday, sending it into lockdown, as Vice President Mike Pence refused a demand from the president to cancel his loss to Democrat Joe Biden before police declared the situation was secure and the certification of the election result resumed.

Inside the Senate chamber as rioters stormed the Capitol

Thu Jan 7 , 2021
I was sitting inside the Senate press gallery Wednesday afternoon, writing an email to the CBS News bureau describing the events of the past half hour of debate over objections to Arizona’s slate of electors, when Vice President Mike Pence was suddenly and swiftly evacuated from the Senate chamber. I […] 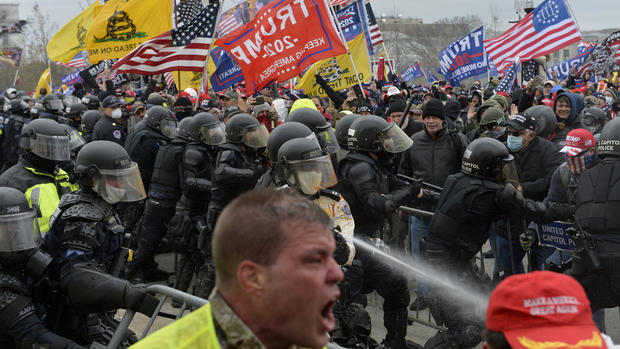