Participants pose for a photo with a Papua New Guinea flag during a stakeholder field trip to Oil Search facilities in Prudhoe Bay, Alaska, U.S. January 2019. Photo supplied by Oil Search/Handout via REUTERS

MELBOURNE (Reuters) – With a giant gas project expansion in the tropical highlands of remote Papua New Guinea bogged down by politics, the country’s biggest company, Oil Search <OSH.AX>, is turning for growth to the other side of the world in Alaska’s frozen wilderness.

Australia-listed but headquartered in Port Moresby, the A$10.7 billion ($7.2 billion) oil and gas producer has shaped the industry in Papua New Guinea over the past 90 years, helping drive development in the impoverished nation.

But the scale of its PNG projects has left it dependent on decisions by giant international partners, while government demands for a bigger stake in resource projects may delay a planned $13 billion liquefied natural gas (LNG) expansion.

The confusion has opened a window for Oil Search to push ahead with a promising field in Alaska’s North Slope oil region that it bought into in 2018 and where it is the project operator.

Despite a steep learning curve, it plans to start producing as early as 2022 to help meet a target of doubling its annual output to around 60 million barrels of oil equivalent by 2025.

“It’s a perfect foil in terms of product diversity and geographic diversity. It’s an excellent asset in the sense that we can control it a lot better,” Oil Search Managing Director Peter Botten told Reuters in an interview.

The projects are considered among the best in the world, blessed with low costs, high quality gas, existing infrastructure and proximity to Asia markets, factors that have long made Oil Search subject to takeover speculation.

To begin production at the planned expansion by 2024, Oil Search’s partners need to give the go-ahead next year on the two projects.

One hurdle was resolved last week when the state backed down from a bid to overhaul terms with Total, but talks with Exxon to develop the P’nyang gas field, which the companies had hoped to seal by June, are yet to happen.

“You’d think they’re likely to get there quicker on Alaska than they do on PNG at this stage,” said Andy Forster, a portfolio manager at Argo Investments <ARG.AX>, which more than doubled its holding in Oil Search in the year to June 2019.

In Alaska, Oil Search has spent $850 million buying a 51% stake in the Pikka prospect on the assumption it holds 500 million barrels of recoverable oil.

Beefing up its small staff in Alaska, the company has hired a Trump administration official who oversaw oil and gas drilling on U.S. federal lands as its external affairs head.

It is hoping to prove up reserves closer to 750 million barrels over the next six months, find more oil around its Nanushuk field and sell part of its stake to help fund the project.

Consultants Wood Mackenzie like the project but are more skeptical about the timing because drilling in Alaska is restricted to the winter months, and delays of a month or two can set work back by a whole year.

“Alaska as a region is quite prone to delays,” said Wood Mackenzie analyst Rowena Gunn. “It’s very, very high cost, it’s a remote, tough environment to work in, and there’s a lot of environmental regulations.”

Still, the breakeven costs on the project were competitive with other big oil projects, given it is onshore and close to existing infrastructure.

Oil Search company spurned an $8 billion approach from Australia’s Woodside Petroleum Ltd <WPL.AX> four years ago, but its shares have since fallen due to a glut of LNG and uncertainty in PNG, making it potentially vulnerable.

“In the global sector they’re a small company but have material interests in global scale assets. That will always leave them having corporate appeal,” said Adrian Prendergast, an analyst at stockbroker Morgans, noting the PNG assets.

A banker suggested the Alaskan assets are an unlikely fit and may be sold by any potential suitor, but Botten disagreed.

“It only makes the company much stronger,” he said. “I absolutely don’t see it as a poison pill.”

Nissan to discuss Saikawa successors at meeting on Monday: source 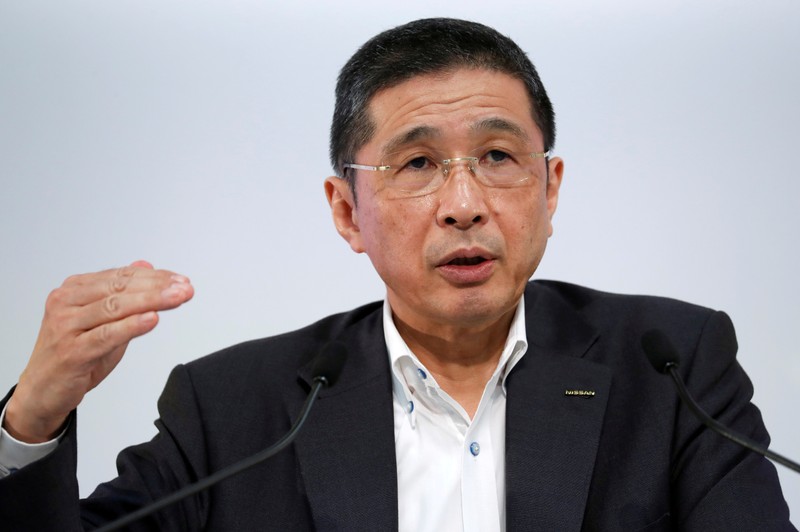