LONDON (Reuters) – Oil prices fell on Friday as a rise in new cases of coronavirus and weak Asian economic data fuelled uncertainty about the economic outlook and as major crude producers showed no rush to cut output.

Oil prices had edged up on Thursday after a much smaller-than-expected rise in U.S. crude stocks.

“Market participants who benefited from the price rise in recent days might prefer not to go into the weekend with a long position due to the renewed uncertainty,” he added.

Finance leaders from the Group of 20 major economies meet in Saudi Arabia at the weekend to discuss risks to the global economy, as new Asian economic and health data kept investors on guard.

China reported an uptick in new cases of coronavirus on Friday, with more than 200 people testing positive in two prisons.

Factory activity in Japan suffered its steepest contraction in seven years in February, hurt by fallout from the virus outbreak.

“We still believe that the market is likely to trade lower from current levels, given the scale of the surplus over the first half of this year, and the need for the market to send a signal to OPEC+ that they must take further action at their meeting in early March,” said ING analyst Warren Patterson.

Russian Energy Minister Alexander Novak said on Thursday that global oil producers understood it would no longer make sense for the Organization of the Petroleum Exporting Countries and its allies to meet before their gathering.

The grouping, known as OPEC+, has been withholding supply from the market to support prices for several years now. Many analysts expect an extension or deepening of the curbs.

Adding to pressure on oil prices was the strength of the U.S. dollar. A stronger greenback typically makes oil more expensive for holders of other currencies, as the commodity is usually priced in dollars. [MKTS/GLOB]

Brent futures moved back to backwardation on Friday, a market structure where the price of a commodity for future delivery is lower than the spot price.

“The fact that the Brent forward curve has been in backwardation again for several days indicates at least that the oil supply will probably tighten again in the short term thanks to the OPEC+ cuts,” said Commerzbank analyst Carsten Fritsch.

(Reporting by Bozorgmehr Sharafedin in London and Aaron Sheldrick in Tokyo; Editing by Kim Coghill and Edmund Blair)

Bernie Sanders remains the frontrunner going into the Nevada caucus 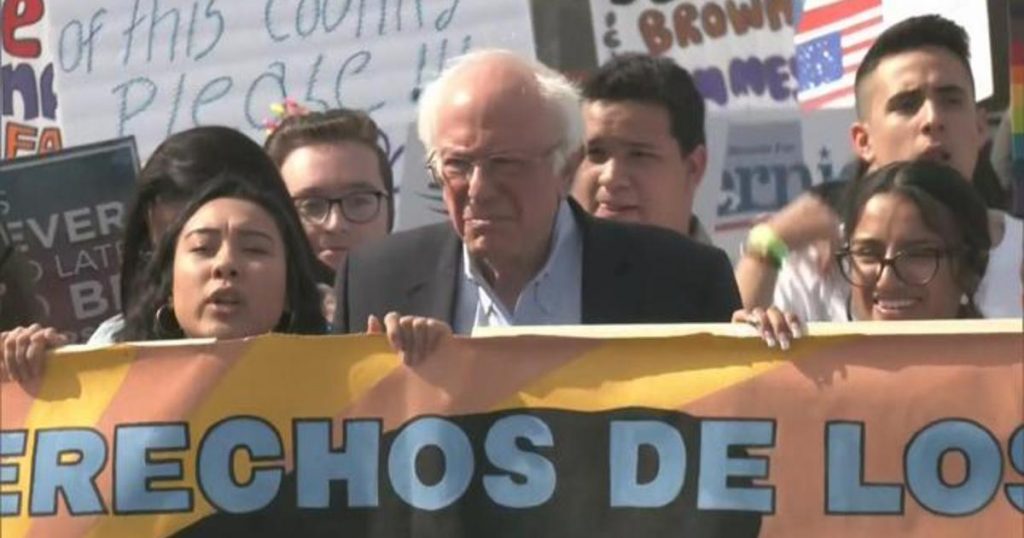