FILE PHOTO: Oil and gas tanks are seen at an oil warehouse at a port in Zhuhai, China October 22, 2018. REUTERS/Aly Song/File Photo

TOKYO (Reuters) -Oil prices fell on Friday, after rising to seven-year highs this week, as investors took profits after a build in U.S. crude and fuel inventories, though overall sentiment remained solid due to concerns over tight supply and geopolitical risks.

The recent rally in crude prices appeared to run out of steam on Thursday when Brent and WTI ended the trading session with slim losses, but both benchmarks have gained more than 10% so far this year.

“Still, losses were limited as expectations that supply tightness would continue amid recovering demand and geopolitical tensions between Russia and Ukraine and in the Middle East kept investors cautious about selling,” he said.

Gasoline inventories in the United States, the world’s biggest oil consumer, rose by 5.9 million barrels to their highest since February 2021, according to the U.S. Energy Information Administration (EIA). Crude stockpiles rose by 515,000 barrels last week, against industry expectations.

However, the International Energy Agency (IEA) said on Wednesday that oil supply will soon overtake demand as some producers are set to pump at or above all-time highs, while demand holds up despite the spread of the Omicron coronavirus variant. 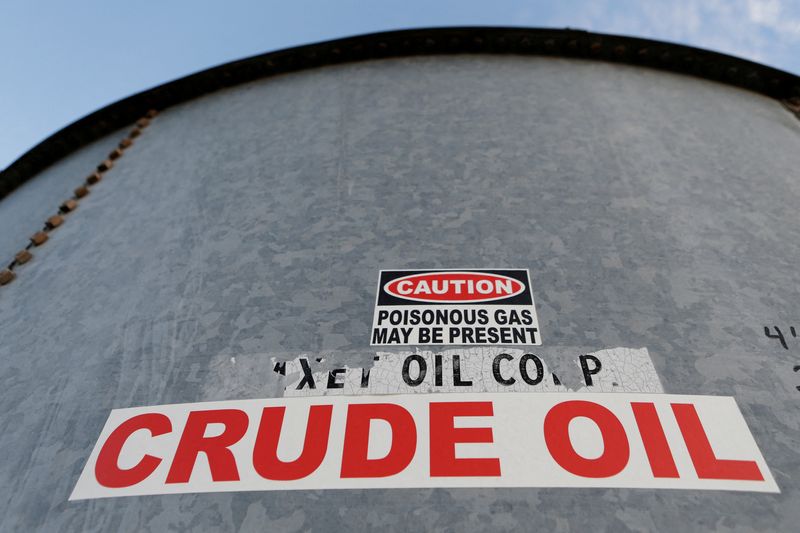