State Attorney General Mike DeWine said on Thursday that his office is prepared to use a never-before-applied law to block Anthony Precourt, majority owner of the Columbus Crew, from moving the MLS franchise to Austin, Texas.

The federal government, not states, has exclusive rights to “regulate national business such as a sports leagues,” Matt Mitten, executive director of National Sports Law Institute of Marquette University Law School, said in a telephone interview late on Thursday.

In a statement on Thursday, team spokesman Tim Miller said the team “has great respect for the office of the Ohio attorney general, however, there is nothing to address as Crew SC prepares for the 2018 season.”

The Ohio statute, passed the year after the 1995 announcement of the move of the National Football League’s Cleveland Browns to Baltimore, requires any professional team that receives financial support from the state to give at least six months’ advance notice before moving and to allow the city or local individuals the opportunity to purchase the team before any move.

Precourt announced the possible Crew move in an October letter, citing a “growing disparity in attendance and corporate support compared to (the team’s) MLS peers and other mid-sized markets.”

Much like the Browns’ move, the suggestion has left fans and local officials shocked and angry.

Columbus Mayor Andrew Ginther responded to the possible move with an offer of a new stadium, but remained frustrated at the lack of response from team officials.

“Great American cities do not get into bidding wars over sports teams to benefit private owners,” he said in a statement in November.

But Ginther may have few options to keep the Crew beyond financial incentives.

It is difficult, if not impossible, to use legal means to force a sports team to remain in a city once its lease with a host city has expired, according to Mark Conrad, director of the sports business program at Fordham University’s Gabelli School of Business.”Even if the law was constitutional, it is wholly impractical and unlikely to prevent a team from relocating,” Conrad wrote in an email on Friday.

“The key to keeping a team at a facility is the lease. Once it expires, there is little the owner can do to force the team (or any business) to stay,” he added.

Other host cities and officials have tried a number of legal efforts over the years to stop professional sports teams from moving, but without success, Mitten said.

“It is basically a ‘Hail Mary,’” Mitten said of the threat. 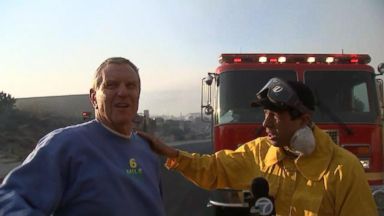