A: No. That’s the decline in average monthly enrollment in fiscal year 2017, including almost four months when Trump wasn’t president.

Fact check story on 2 million less people on food stamps ‘thanks’ to 45. I saw this on Facebook this morning.

The number of people collecting benefits under the Supplemental Nutrition Assistance Program, formerly called food stamps, has been declining since fiscal year 2014.

That decrease happened only partly on President Donald Trump’s watch.

On “Fox & Friends” on March 17, Rachel Campos-Duffy said: “Two million Americans are off of food stamps. This is, like, the opposite of what happened in the Obama administration, where we saw that number grow. In one year, it’s coming down.”

It’s true that the number of people enrolled in SNAP initially increased during the Obama administration — reaching a peak average monthly enrollment of 47.6 million in fiscal year 2013. That rise was a consequence of the deep recession that began in 2007, according to a 2012 report by the nonpartisan Congressional Budget Office.

However, as the economy recovered and poverty and unemployment rates decreased, so did SNAP enrollment, according to the USDA’s Economic Research Service. Enrollment was down to 42.7 million in January 2017, when Obama left office.

That decline has continued under Trump.

But Campos-Duffy’s statement was turned into a meme that has been circulating on Facebook, and other websites published stories making similar claims. For example, the Gateway Pundit posted a story with the headline: “TWO MILLION Leave Food Stamp Rolls in Trump’s First Year — Saving Country $3 Billion Annually.”

Some Facebook users flagged the story as potentially false, and others emailed to ask us if the meme is accurate. Both are misleading.

There are two things wrong with the claim: It credits Trump with the entire decrease in fiscal year 2017, even though he wasn’t in office for a third of the fiscal year, and it ignores a years-long trend in the reduction of food stamp recipients. If anything, the rate of the decrease in people receiving food stamps has slowed under Trump.

Editor’s note: FactCheck.org is one of several organizations working with Facebook to help identify and label false stories flagged by readers on the social media network.

Thu Mar 22 , 2018
Faltering retailer Toys “R” Us has delayed liquidation sales at its U.S. stores until Friday at the earliest amid ongoing bankruptcy proceedings, a company official told FOX Business. Continue Reading Below Going-out-of-business sales were initially set to begin on Thursday, according to a timeline the retailer provided in a bankruptcy […] 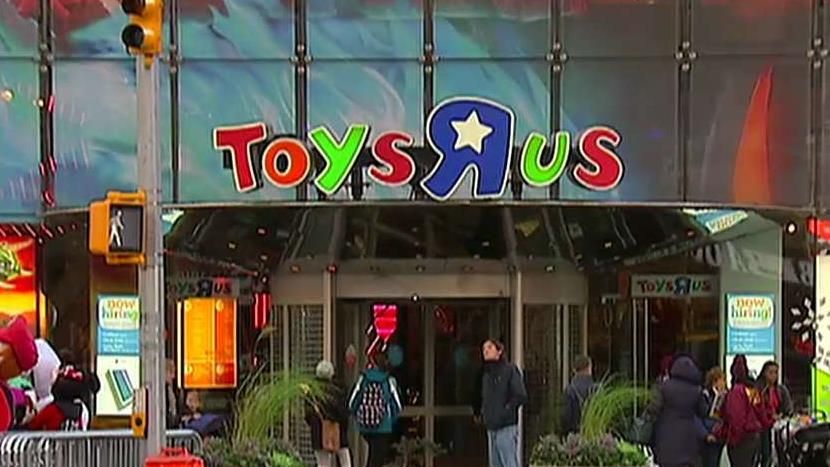