TEL AVIV (Reuters) – Israel and the New York Stock Exchange (NYSE) have begun talks on setting up a secondary stock exchange for high-tech companies in Israel that would compete with venture capital funds.

Israel has a bustling technology sector but most start-ups and established companies opt for private sources of funding rather than tap the Tel Aviv Stock Exchange (TASE), whose regulations are deemed too stringent for smaller firms.

According to the Israel Venture Capital Research Center and ZAG law firm, Israeli private high-tech firms raised a record $6.47 billion in 2018, up 17 percent from 2017.

Senior Israeli Finance Ministry officials met with NYSE executives in New York this week to discuss creating the secondary market, which would help finance tech companies at their earliest stages, as well as other financial issues.

“This is an expression of confidence by the world’s strongest stock exchange in Israel’s economy,” said Finance Minister Moshe Kahlon.

Shai Babad, director general of the ministry, said the two sides did not discuss details of the bourse’s model given that talks are in the early stages but that the hope would be that the new exchange would be a unit of the NYSE.

“What we agreed on is how we can make it happen,” he said. “There are a lot of accessible investors looking to pursue the high tech sector in Israel.”

Babad noted large demand in Israel for early stage financing of high tech firms. “High tech companies will be able to raise money, not just abroad and from foreign investors, but they can have a stock exchange to raise money with relatively low regulations and bureaucratic requirements,” he said.

“It will be just as easy for high tech companies to raise money on a secondary exchange as it is with venture capital.

“The advantage for the NYSE is that they already get to target Israeli companies at the initial stage, and when those companies grow up, then they can go to a listing,” he added.

The TASE and the Israel Securities Authority (ISA) have long tried to lure tech firms to the stock exchange with little success. Establishing a secondary market would be part of a broader strategy by the ISA, Israel’s securities regulator, to create secondary and digital stock markets.

ISA chairwoman Anat Guetta said her goal for the future was to lay the foundations today to shape an innovative and relevant stock exchange. “We are working to examine the establishment of digital markets in Israel,” she said.

Babad also said he met with Blackrock president Rob Kapito about breaking down barriers in Israel to invest in infrastructure projects, a sector controlled by the banks.

Separately, financial regulators of Israel and New York State said they had agreed to cooperate in financial services technology.

Saturn's rings will be visible from Earth

Tue Jul 9 , 2019
Saturn will be so close to Earth this month that its rings will be visible through a normal telescope. On Tuesday, the ringed planet will shine at its maximum brightness and come less than a million miles from Earth. That means planet gazers can see Saturn’s rings in any telescope […] 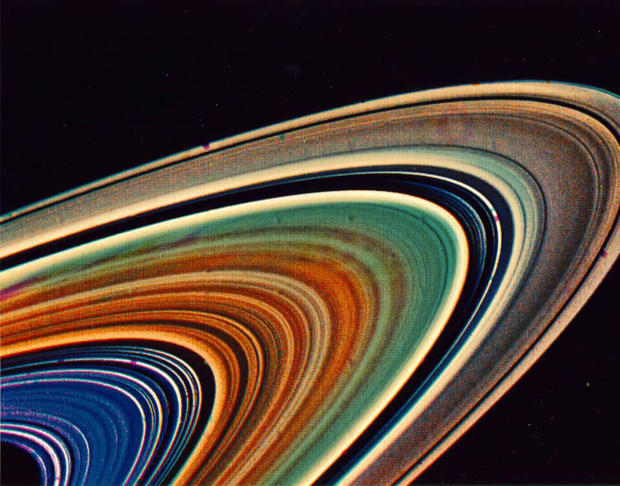